Ukraine: Russian tanks appear to be targeted by secret service

Two Russian Kalibr cruise missiles were targeted at Mykolaiv, a city with a population of just under 500,000 people. The city has been a focus of Russian invaders since the war began, with nearby Kherson occupied by the invaders. It has been ravaged by Russian artillery strikes – but thanks to the heroic actions of Ukrainian soldiers, two devastating missiles failed to meet their target. Ukrainian news agency Hromadske reported: “Two Russian Kalibr cruise missiles were shot down by the Air Defence Unit of Operational Command South on the night of June 6.

“The missiles were launched from a Russian submarine in the Black Sea and were targeting Mykolaiv Oblast, says the Command.”

The Kalibr missiles form a much-touted part of Russia’s military strength. Writing for national security paper 1945, Alex Betley said: “A lot of noise has been made about the Kalibr’s use in Ukraine, and some of it is justified.

“The missile is capable of precision strikes from great distances.

“With Russian naval assets positioned around the globe in some of the world’s most strategically relevant locations, this is a weapon that will remain a threat for years to come.”

Russia’s military claimed a few weeks ago that a long-range Kalibr missile had taken out a weapons and ammunition depot in the Lviv region of Ukraine. 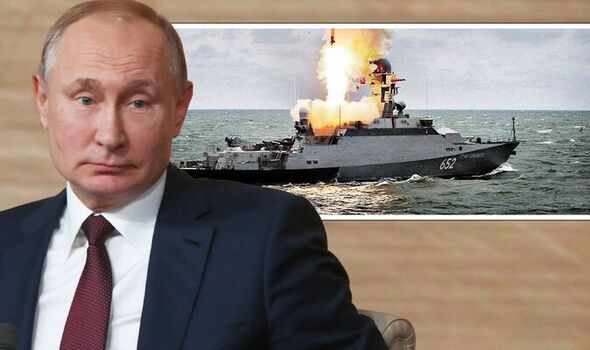 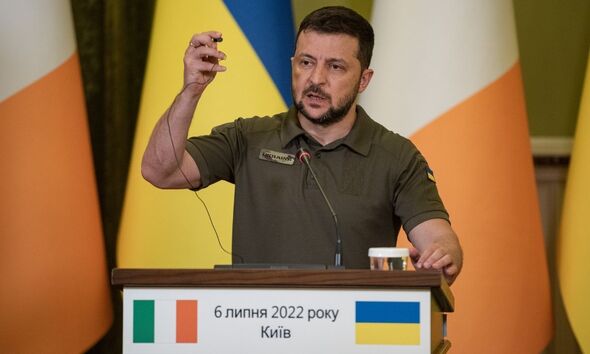 According to Russian Defense Ministry spokesman, Igor Konashenkov, the depot was housing NATO-supplied weapons. These included 1,200 MANPADS, about 1,500 anti-tank missile systems, at least 30 pieces of artillery, and tens of thousands of ammunition.

Last Saturday 21 people died in Mykolaiv when Russian missiles struck an apartment building. Mykolaiv mayor Oleksandr Senkevich wrote on the Telegram messaging app: “There are powerful explosions in the city! Stay in shelters!”

Another residential building was also flattened by artillery last Friday. In his nightly video address on Friday, Ukrainian President Volodymyr Zelensky denounced the strikes as “conscious, deliberately targeted Russian terror and not some sort of error or a coincidental missile strike.” 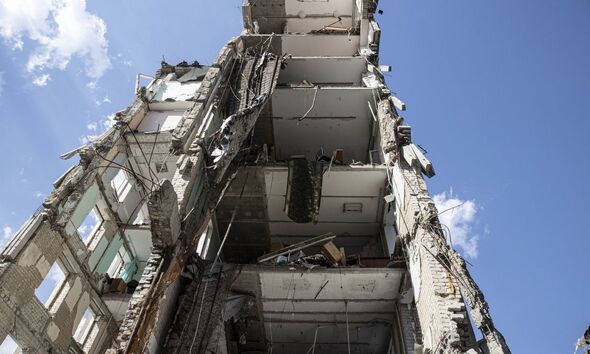 Thousands of civilians have been killed since Russia invaded Ukraine on February 24 in what Moscow calls a “special operation” to root out nationalists. Many have accused Russia of war crimes for the targeting of civilian buildings, as well as other atrocities.

Russia’s former president and current head of the Security Council, Dmitry Medvedev earlier threatened the end of the “existence of mankind” if Moscow is punished for war crimes. Meanwhile Vladimir Putin today jeered at the West during a bullish speech, daring them to try and defeat Moscow on the battlefield.