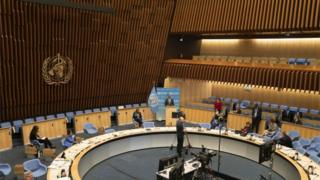 World Health Organization (WHO) member states have agreed to set up an independent inquiry into the global response to the coronavirus pandemic.

The resolution, approved without objection by the WHO’s 194-member annual assembly meeting virtually in Geneva, also allows for the inquiry to look into the health body’s own role.

The United States in particular has been highly critical of its response.

The EU presented the resolution on behalf of 100 nations.

What is in the resolution?

It calls for an “impartial, independent and comprehensive evaluation” of the international response.

This will also focus on the WHO’s “timelines pertaining to the Covid-19 pandemic”. The body has faced criticism that it was late to declare a health emergency.

The resolution also calls for the world to ensure “transparent, equitable and timely access” to any treatments or vaccines, and pushes for the WHO to investigate the “source of the virus and the route of introduction to the human population”.

“As I see no requests for the floor, I take it that there is no objection and the resolution is therefore adopted,” declared the assembly’s president, Keva Bain, the Bahamas ambassador.

Why is the WHO under pressure?

President Donald Trump has labelled the organisation a “puppet” of China and suspended funding for the WHO. The US is the largest donor.

He has also accused China of trying to cover up the outbreak – something it strongly rejects – and said the WHO had failed to hold Beijing to account.

The president on Monday published a letter he sent to WHO head Dr Tedros Adhanom Ghebreyesus outlining specific issues the US has.

US Health Secretary Alex Azar was scathing in his address to the assembly on Monday.

“We must be frank about one of the primary reasons this outbreak spun out of control: there was a failure by this organisation to obtain the information that the world needed, and that failure cost many lives,” he said. 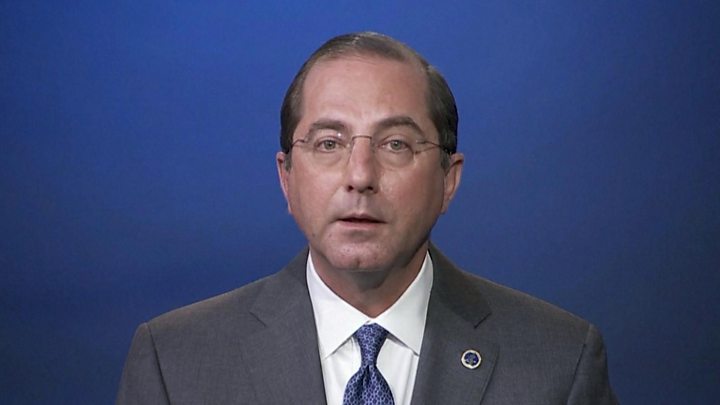 President Trump faces re-election this year and opponents see his criticism as an attempt to deflect blame for his handling of the pandemic in the US, which has the highest number of cases, and deaths, which passed 90,000 on Monday.

However, the European Union, along with countries including the UK, Australia and New Zealand, had also been pushing for an inquiry into how the pandemic was handled.

EU spokeswoman Virginie Battu-Henriksson said that several key questions needed to be answered as part of any review.

“How did this pandemic spread? What is the epidemiology behind it? All this is absolutely crucial for us going forward to avoid another pandemic of this kind,” she said.

But she added that now was not the time for “any sort of blame game”.

What has the WHO said?

Dr Tedros had already agreed to a review of the agency’s handling of the pandemic, while dismissing suggestions it needed a far-reaching overhaul.

He said an independent evaluation, which would look at what lessons could be learned and put forward any recommendations, would take place “at the earliest opportunity”.

He called for the WHO, among other organisations, to be strengthened.

The first coronavirus cases emerged in the Chinese city of Wuhan last December. The virus was widely reported to have sprung from a food market after crossing the species barrier from animals to humans.

China was accused of trying to cover up the infections in the early weeks.

Some senior US politicians have suggested that the source was a laboratory in Wuhan that had been carrying out research on bat coronaviruses. China has dismissed the idea, and Western experts have cast doubt too.

China says it has been frank about the development of the epidemic in China, publishing the genetic code of the virus in January and being quick to share information with the WHO.

President Xi Jinping told the assembly on Monday that his country had acted “with openness and transparency” and insisted that any investigation should happen after the pandemic was brought under control.

Foreign ministry spokesman Zhao Lijian told a press briefing in Beijing on Tuesday that the US was trying to smear China in order to avoid its own responsibilities.

More than 4.5 million people have been infected globally and more than 300,000 have died since the virus first emerged.