A rare weather system is expected to cause heavy rain across parts of Europe over the coming days, just days after severe flooding hit Sicily.

At least two people died on the Italian island after Storm Apollo struck on Tuesday – and now it’s predicted to strike again.

Following a brief respite from the bad weather yesterday, heavy rain and thunderstorms are expected to hit the area later tonight and over the weekend.

The Met Office said: “Storm Apollo has been named by the Italian Met Service. This system brings the threat of heavy rain to parts of Italy over the coming days.

“Sicily is particularly at risk, having just recently seen some devastating flooding, notably in the city of Catania.”

On Sunday, more than 300mm (11.8in) of rain – almost half the average amount expected on the Mediterranean island in a year – fell in just a few hours, according to the Sicilian farmers’ association. 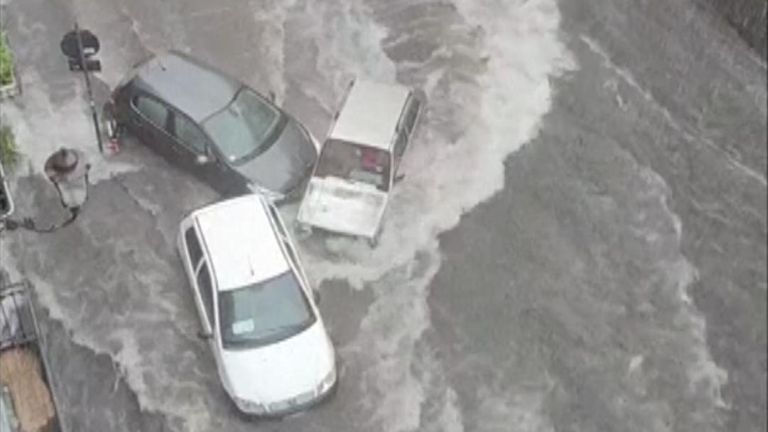 Sky News weather producer Joanna Robinson said a “further 100 to 150mm of rain could fall between now and the weekend” for Calabria, in southern Italy, and Sicily.

“Red weather warnings are in place for Calabria and Sicily. Flash flooding will remain a concern,” she said.

Italian weather site Ilmeteo.it. reported that the Department of Civil Protection has issued adverse weather warnings for Friday, and warned showers would be accompanied by hail storms and strong winds. 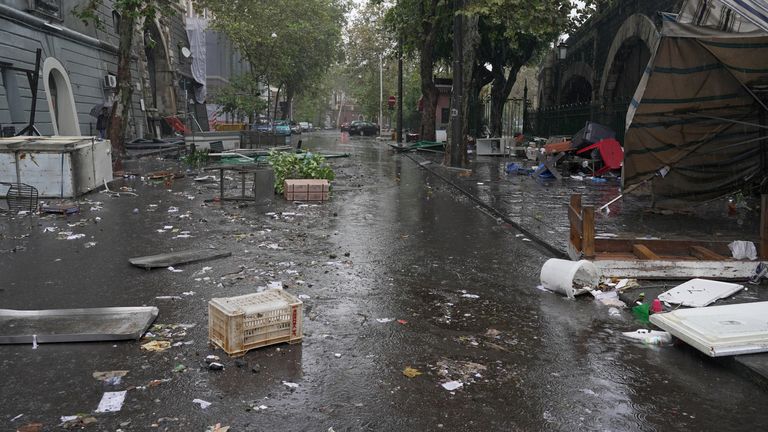 Joanna added that 50mm of rainfall is possible in Malta and “strong winds and rough seas will be additional hazards”.

Other parts of Europe that could be affected are Spain and Portugal, where a large area is due to see heavy rain over the next few days.

Joanna said between 100 and 150mm of rainfall is predicted, “with perhaps double that on some west facing hills”. 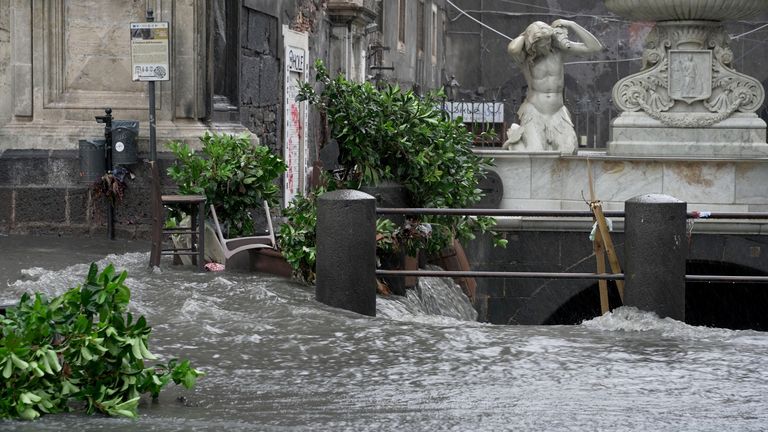 Spain’s State Meteorological Agency issued several yellow weather warnings for rainfall and wind for parts of the country, including the islands of Ibiza, Majorca and Menorca.

Storm Apollo has been called a medicane, sometimes referred to as a Mediterranean cyclone or hurricane.

The weather system, which was previously predicted to hit its peak today and Friday, comes just weeks after more than 29 inches of rain was dumped on Italy in just 12 hours.