Russian soldiers have waved the white flag in surrender as they struggle to cope with the speed and western weaponry of Ukrainian forces. Two members of Putin’s force can be seen driving in a tank with white flags draped over the turret and the guns of one of the men, who is standing above the cubbyhole. It is the latest example of Ukraine’s sweeping counter-offensives as they look to reclaim swaths of territory occupied by Russia, including areas that Putin has now declared his own. Experts now believe that Ukraine will attempt to liberate Crimea, its most southerly territory, which was formerly annexed eight years ago.

In the footage, the Russian BMP-2 tank can be seen driving down a grassy hill as Ukrainian soldiers hide behind a bank with their guns poised.

One of the more senior military figures then notices the white flags hanging from the vehicle and brings it to the others’ attention.

The scene unfolds into a tense exchange as the video pans over roughly a dozen soldiers unsure of whether the Russian surrender is genuine.

As the tank comes to a standstill, several soldiers advance slowly as the Russian forces get out of the vehicle with their hands above their heads. 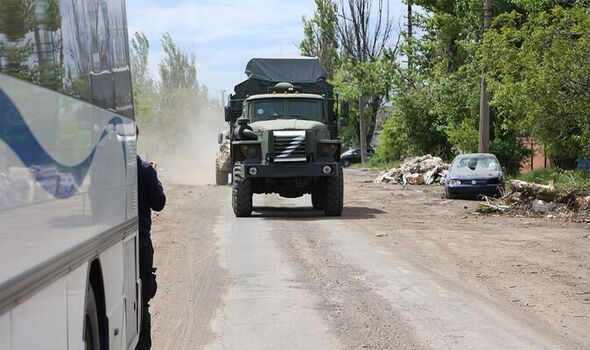 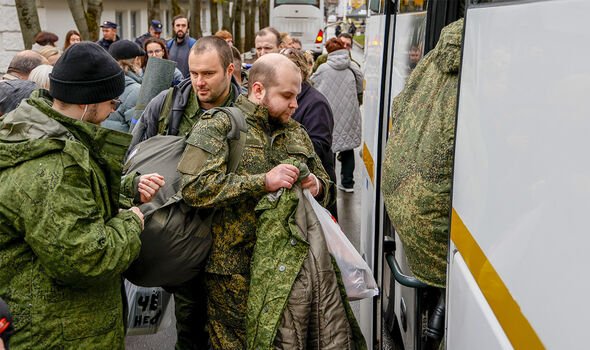 They are then instructed to lie on the ground with their hands over their hands before they are accosted by the Ukrainian soldiers.

The incident is believed to have occurred in the Kherson Oblast as Ukrainian forces reportedly advance on Crimea.

The strategic city of Kherson, which was captured by Russia within a week of their invasion, acts as a bridge over the Dnipro river, from Ukraine into Crimea, and from there into Russia.

Senior US officials have suggested, given the activity in Kherson, that it is a “distinct possibility” Ukraine will attempt to recapture Crimea. 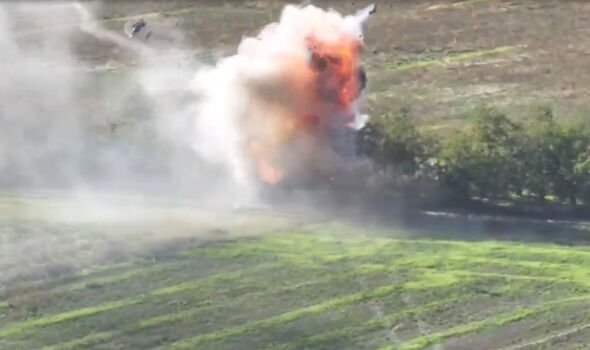 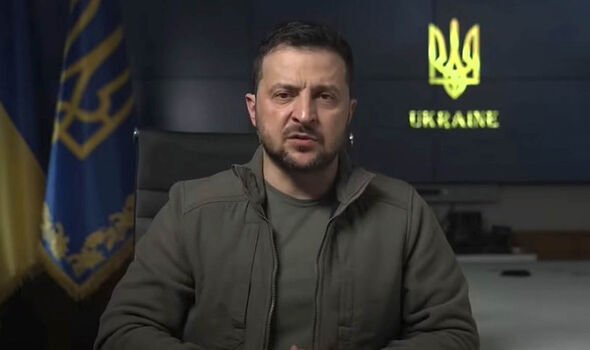 Ukraine said on Wednesday night that its forces had retaken more settlements just north of Kherson.

Ukrainian President Volodymyr Zelensky said in his nightly address that Novovoskresenske, Novohryhorivka and Petropavlivka to the northeast of Kherson city had been “liberated”.

While Kherson is one of four partially Russian-occupied regions that President Vladimir Putin formally incorporated into Russia in Europe’s biggest annexation since World War Two, Moscow’s map of Ukraine appears to show the area shrinking with each counter-offensive.

A map of “new regions” published by state news agency RIA included the full territory of the Ukrainian provinces, but some parts were labelled as being under Ukrainian military control. 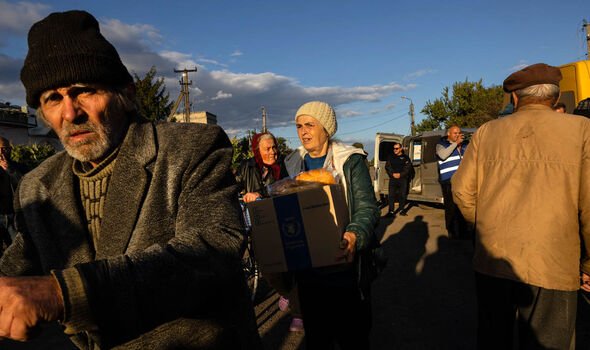 Ukraine said its forces had killed at least 58 Russian fighters, and destroyed nine tanks, 17 armoured vehicles and four howitzers in the south.

Thousands of Russian troops have retreated after the front line crumbled, first in the northeast, and, since the beginning of this week, also in towards Kherson.

Putin celebrated the annexations of the four regions in a ceremony last week only hours before Ukrainian forces captured Lyman, Russia’s main bastion in the northern part of Donetsk.

On Wednesday, the bodies of two Russian soldiers were still lying bloating in trees on opposite sides of a road near Lyman, close to the blasted hulks of cars and a van.