The session took place on Russky island near the city of Vladivostok, as Russian officials discussed tourism. In the video footage, the Russian leader seems tired and other officials appear to fall asleep while listening to speeches.

The Russian President has been attending the 2022 Vostok war games, but speculations about his health have resurfaced after his feet appeared to be twitching while on a trip to Kamchatka.

The Telegram channel General SVR has recent claims about Vladimir Putin’s health, and in the past has claimed President Putin may have cancer or Parkinson’s disease.

President Putin’s spokesman, Dmitry Peskov, has addressed the health concerns and said the Russian leader is in “excellent health” and the rumours were “complete nonsense”. 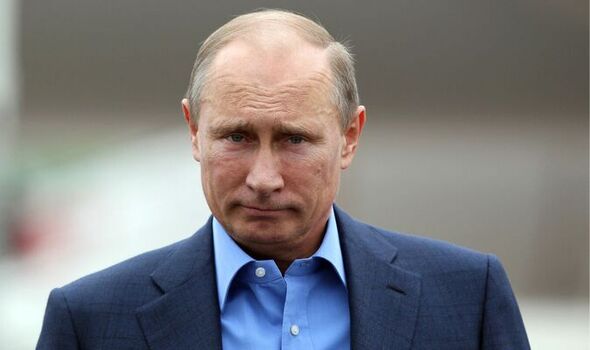 The channel said: “Even before the flight to Kamchatka, President of Russia Vladimir Putin had worsening problems with his kidneys, swelling of his face appeared, [and] ‘bags’ under his eyes clearly appeared.

“Despite the use of drugs, there was no clear improvement. Upon arrival in Kamchatka, Putin complained to doctors about fatigue and shortness of breath.

“But the president nevertheless decided to participate in pre-planned activities.” 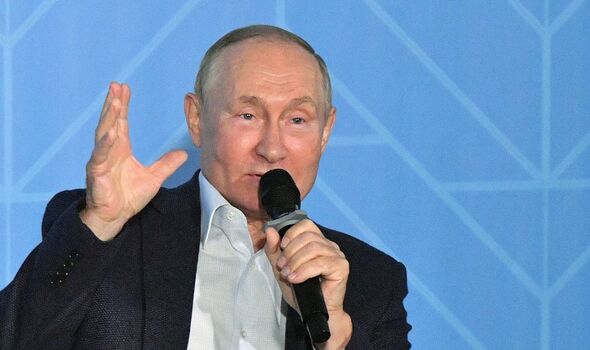 On Monday, President Putin appeared to walk with a limp while attending the war games in Vostok.

Video footage of the event shows the Russian leader walking stiffly across the room and he appears to hesitate before sitting down.

In recent months, President Putin was also seen limping while getting off a plane in Iran and twisting his foot while in a meeting with the President of Belarus, Aleksandr Lukashenko.

A few days ago, the Russian leader visited Kamchatka and he appeared to bemuse the audience while giving a rambling speech while he slouched in a chair and seemed unable to keep his feet from twitching.

He also appeared puffy-paced and seemed to have difficulty speaking at times as he had a croaked voice. 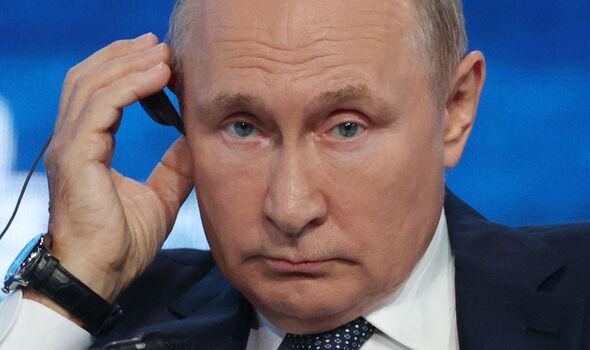 The Telegram channel General SVR has also claimed that President Putin was planning to use a body double while in Kamchatka.

They stated: “A doppelgänger of the President is ready to assist.”

President Putin has admitted that Russian officials had considered using a double in the past, but he was against the idea.

He said: “I discarded the idea of any doubles.”

The Russian leader was advised in the early 2000s when Russia experience a terrorist attack that a lookalike should go in his place to public events.

President Putin said: “This was during the toughest time of our war against terrorism.”

Body doubles have been used by historic Russian leaders, such as Joseph Stalin during the Soviet Union, who used a former dancer named Felix Dadaev to attend rallies and meetings.