Downing Street has defended a meeting between Viktor Orban and Boris Johnson amid renewed criticism over the Hungarian leader’s derogatory comments about migrants.

Mr Orban has previously spoken of “Muslim invaders” and said migration is “a poison”, forcing Number 10 to condemn the comments as “divisive and wrong” ahead of their meeting on Friday afternoon.

The comments are among a series of controversial remarks, with Hungary‘s right-wing prime minister regularly causing friction within the international community for the more than two decades he has been leader, on and off. 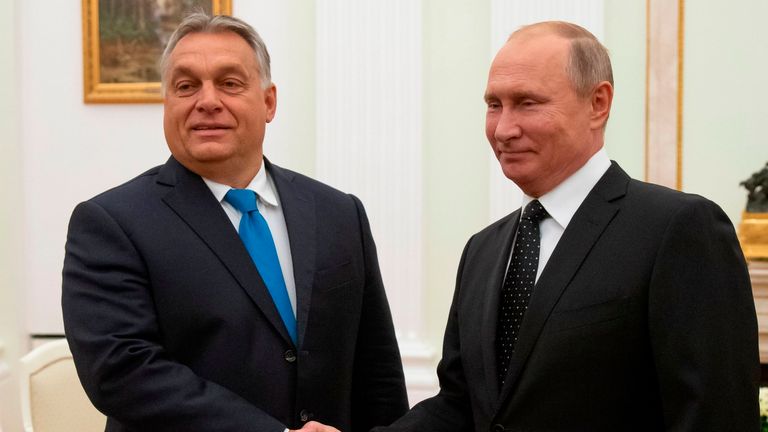 Here are some of his most controversial moments:

At the height of the migrant crisis, Mr Orban ordered a 4m-high (13ft), 109 mile-long (175km) fence to be built along Hungary’s border with Serbia to prevent migrants coming in.

Later that year, Hungarian soldiers blocked the route from Serbia and sealed the border with razor wire while detaining migrants and using water cannon and tear gas.

A few days later Hungary started building another fence along its border with Croatia before declaring a state of emergency and deploying 1,500 soldiers to its borders in March 2016. 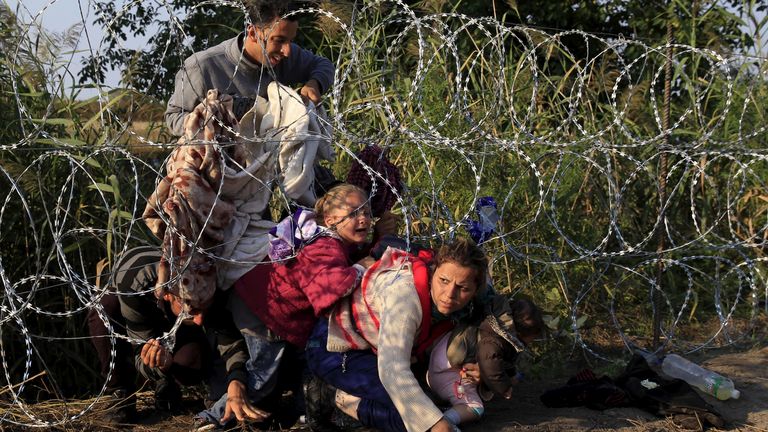 Mr Orban said at the time: “Mass migration is threatening the security of Europeans because it brings with it an exponentially increased threat of terrorism.

“We know nothing about these people: where they really come from, who they are, what their intentions are, whether they have received any training, whether they have weapons, or whether they are members of any organisation. Furthermore, mass migration also increases crime rates.”

In January 2018, Hungary refused to take in refugees during the European migrant crisis.

At the time, Mr Orban told Germany’s BILD newspaper the crisis was a “German problem” and said: “We don’t see these people as Muslim refugees. We consider them to be Muslim invaders.” 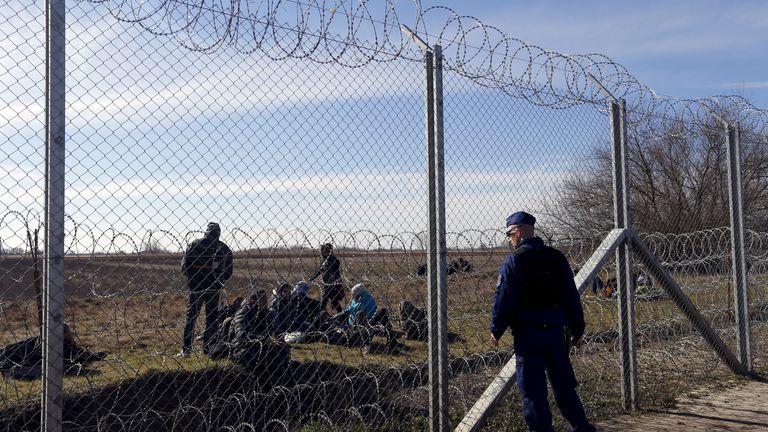 Two years before that, at the height of the crisis, he told a news conference the influx of migrants into Europe is “a poison”.

“For us, migration is not a solution but a problem… not medicine but a poison, we don’t need it and won’t swallow it,” he said.

Under Mr Orban, Hungary’s LGBT+ laws have changed dramatically, including banning same-sex marriage and changing the constitution so parenthood is only defined as “the mother is a woman, the father is a man”.

In 2020, the parliament changed the constitution to define sex as only that given at birth, with sex changes not allowed to be registered, and same-sex couples banned from adopting. Mr Orban hosted a notorious anti-LGBT+ group, which also espouse white nationalist theory, and told members: “It’s important to say that it’s a national interest to restore natural reproduction. Not one interest among others – but the only one.”

This year, he pulled his Fidesz party out of the EU’s European People Party (as it was going to vote to expel Fidesz), saying he wants to build another EU party for Europeans “who do not want migrants, who do not want multiculturalism, who have not descended into LGBTQ lunacy”.

In May 2020, as the COVID-19 pandemic took hold, Mr Orban was accused of abusing special powers granted to him to tackle the virus after people were arrested for “scaremongering” on social media.

They included members of the opposition party who posted about a controversial government policy of clearing non-virus patients out of hospitals to make room for COVID-19 patients. 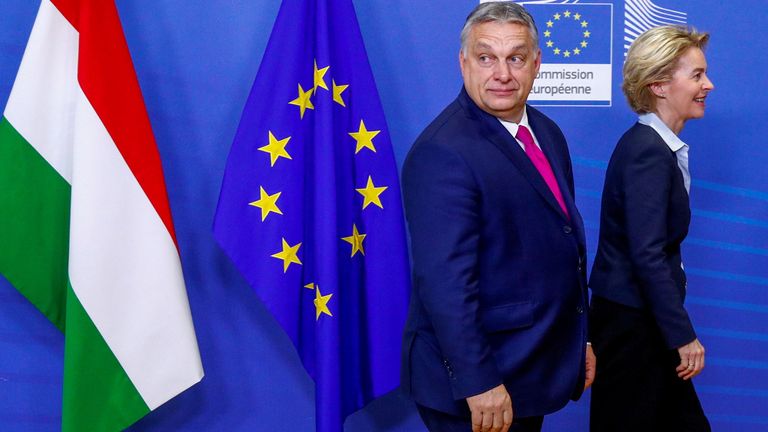 Members of the public were also detained, including a 64-year-old man who criticised the government for easing restrictions the day after an expected peak, and said: “You are a merciless tyrant, but remember, until now dictators always fall.”

The UN criticised Mr Orban being granted special powers, saying it appears “to give the government practically unlimited powers to rule by decree and bypass parliamentary scrutiny with no clear cut-off date”.