Snake Island, located in the Black Sea, was lost to Russia at the beginning of the invasion. However, Ukraine has now successfully driven Putin’s troops out from the island and reclaimed it for Kyiv. A Ukrainian flag now flies above the territory.

Nataliya Humenyuk, spokesperson for the Southern Ukraine Defence Forces, made the announcement today.

She said: “The flag of Ukraine has been installed on Snake Island.

“The military operation has been completed, and the territory has been returned to the jurisdiction of Ukraine.”

Ms Humenyuk added that Ukrainian troops are advancing “slowly but surely” in the rest of southern Ukraine.

She said: “First we vacate the territory, entrench ourselves there, and only then announce it. 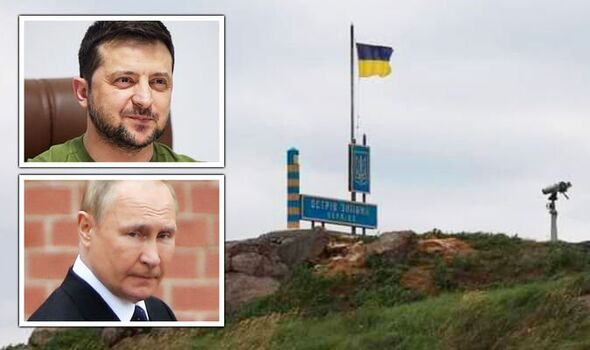 She noted that Russian ships have 28 Kalibr missiles at the ready in the Black Sea.

This comes after it was reported the Ukrainian military had completely forced the invaders out on June 30.

When they were driven off, Ukrainian President Volodymyr Zelenskiy’s chief of staff Andriy Yermak tweeted: “KABOOM! No Russian troops on the Snake Island anymore. Our Armed Forces did a great job. 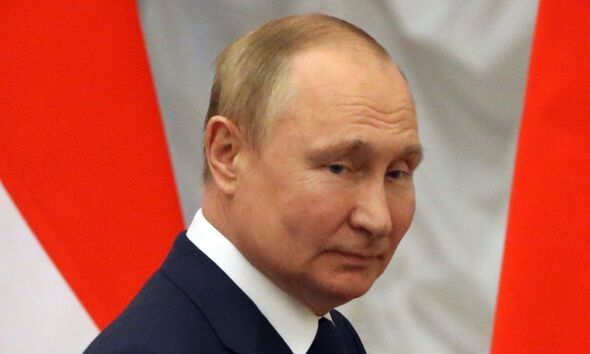 “The enemy hurriedly evacuated the remains of the garrison with two speed boats and probably left the island. Currently, Snake island is consumed by fire, explosions are bursting.”

The Kremlin has denied its troops were driven off the island by Ukrainian forces.

Russia’s defence ministry said it had decided to withdraw from the outcrop as a “gesture of goodwill” so that a UN humanitarian corridor for the export of wheat can be opened.

Despite lacking natural resources or a traditional military presence until recently, Snake Island carries great strategic importance for both Ukraine and Russia. 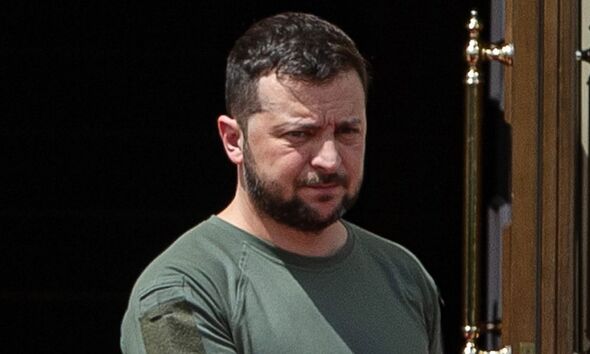 This includes the Black Sea port of Odesa, where a Russian blockade has been preventing the exportation of wheat from Ukraine.

Ukraine is one of the world’s main wheat suppliers, and the blockade is still in place as Russia maintains dominance over the Black Sea.

Losing the island therefore represents a huge blow to Putin, as it weakens his grip on the area and removes some control over Ukraine’s skies as well.