The President will have his final shot at making his case for re-election before a vast audience of Americans when he faces off against Joe Biden in the last televised debate before Election Day on Wednesday evening. One reason the world may witness another Trump victory, four years after his first one took many leaders by surprise, is the issue of the economy.

The topic weighs heavily on the minds of America’s voters after months of crushing restrictions caused by the coronavirus pandemic.

When they head to the polls on November 3, US men and women will be thinking who is the best person to lead the country out of the economic crisis.

Given his background in business, Mr Trump is seen as the steadiest pair of hands.

Mr Trump also has the edge on Mr Biden when it comes to whipping up support among his base. 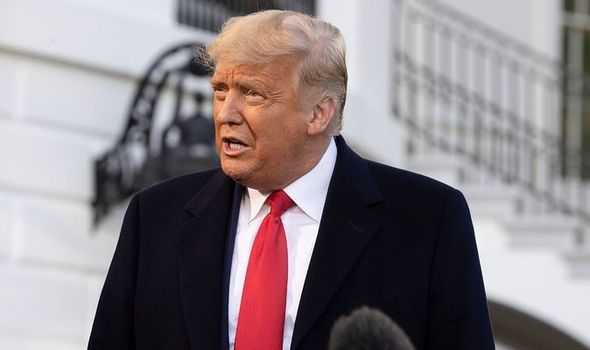 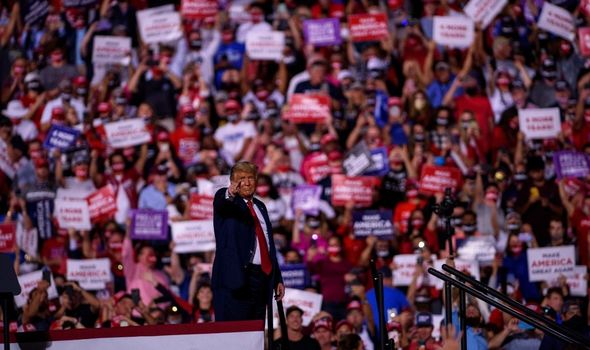 While the veteran Democrat has earned the nickname “Basement Joe” for repeatedly shunning mass rallies for online campaign events.

The 77-year-old conducts interviews from the comfort of his own home.

As he lays low, his opponent has been snapped thrilling crowds at his campaign rallies with his dancing skills. 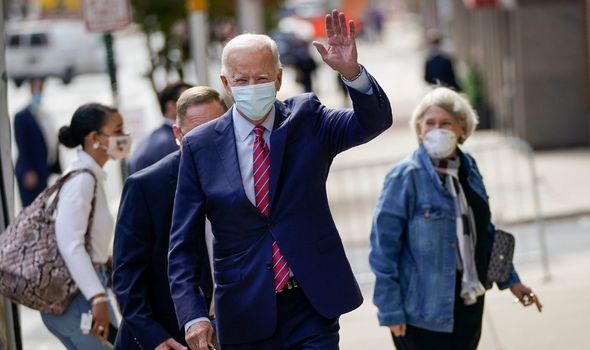 The President has repeatedly sought to attack his opponent’s character and paint him as a socialist and a puppet for the Far Left who is impossible to support.

The Trump camp has taken aim at Mr Biden and his son Hunter, accusing the pair of wrongdoing in regards to Ukraine and China.

The Democratic nominee denies any wrongdoing. 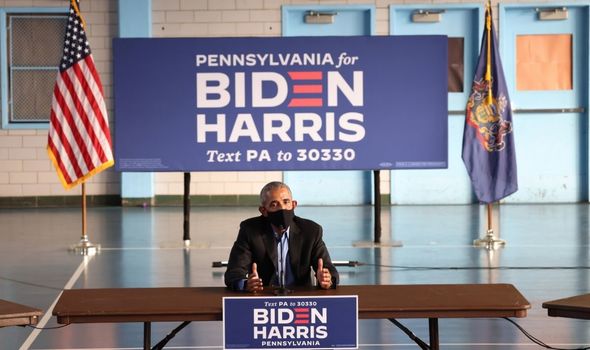 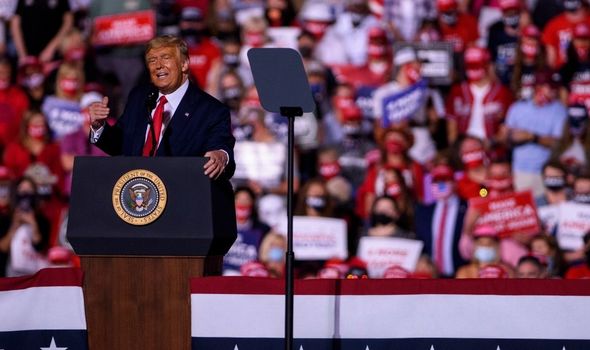 And a fourth reason Trump supporters have to hold out hope is the fact that the election is being held during an unprecedented crisis – the COVID-19 pandemic.

The increase in postal voting could mean that many people who had not bothered to vote in the past will not exercise their right.

But it remains to be seen if this factor will get Mr Trump over the line.

Former President Barack Obama has jumped on the Biden campaign trail in a major way this week.

He launched a stunning attack on Mr Trump’s record in office in a bid to boost his former vice-president’s chances of winning.

Hours before millions of Americans were due to tune into the election debate, US intelligence agencies said Iran and Russia had tried to interfere in the 2020 vote. 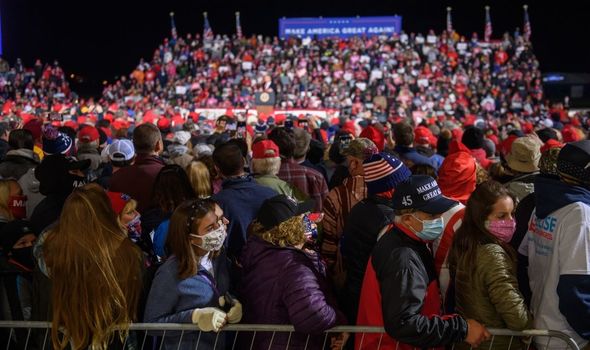 National Security Adviser Robert O’Brien said on Thursday that Moscow and Tehran actions appear to have involved two to three US cities and counties and affected a “small amount of information”.

He added: “It was in a couple different municipalities, a very small number, two or three, in different parts of the United States.

“It was a small amount of information.”