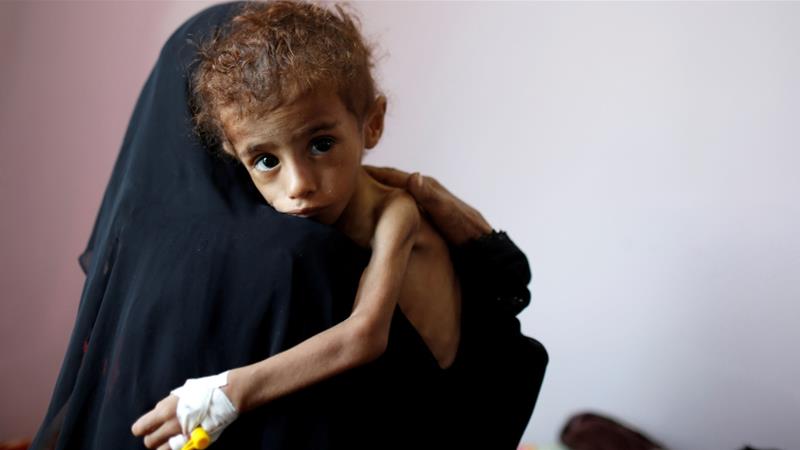 The United Nations envoy to Yemen has said he expects the warring parties in the country’s long-running conflict to formally adopt in the “immediate future” agreements on a nationwide ceasefire, key economic and humanitarian measures and a resumption of political talks.

Martin Griffiths said on Thursday in remarks to the UN Security Council (UNSC) that he has been negotiating with the parties on the texts of his proposals for the past two weeks.

“We expect them to agree on and formally adopt these agreements in the immediate future,” Griffiths said.

Yemen has been mired in conflict since the Houthi rebel group overthrew the government of President Abd-Rabbu Mansour Hadi from the capital Sanaa in late 2014. A Saudi-led military coalition in 2015 intervened in a bid to restore the government.

Today, the coalition consists of Saudi-UAE forces, after other participating countries opted to leave the coalition.

Griffiths said the economic and humanitarian measures could include: release of prisoners and detainees, opening Sanaa airport, paying civil servant salaries, opening access roads, and ensuring entry at Hodeidah ports for ships carrying commodities that will help in the fight against COVID-19, the potentially lethal respiratory disease caused by the coronavirus. 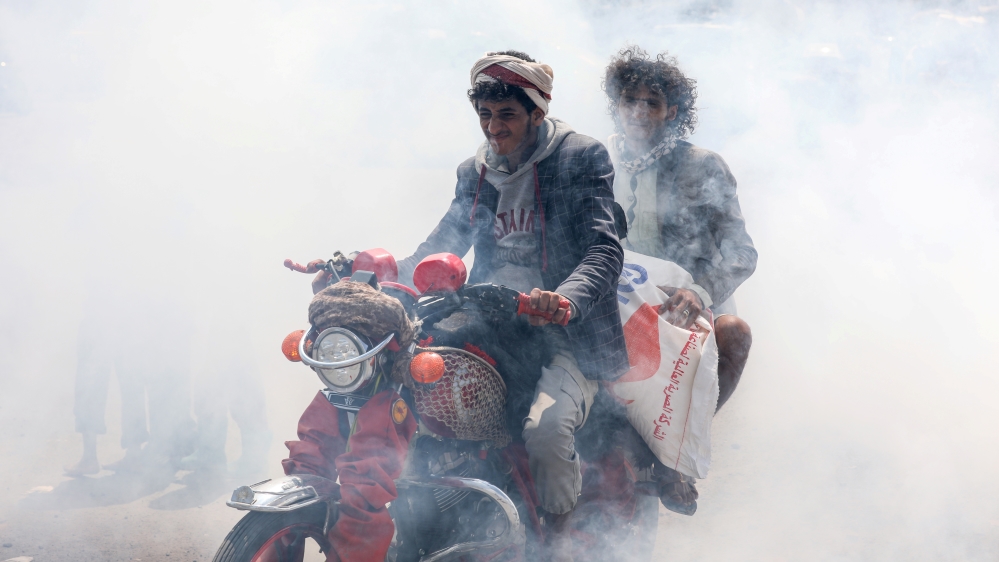 “The conversations we had with the two parties, and our consultations with the Saudi-led Coalition among other international actors … are continuous, detailed and constructive,” Griffith added.

He said “good progress” was being made and the United Nations was redoubling its efforts to bridge outstanding differences “before we convene them at a meeting where … these agreements will be tabled, confirmed – I hope – and published.”

“What Martin Griffiths now made clear … he has actually had very productive negotiations with the sides in the Yemen conflict … He believes there is a window of opportunity,” Bays said.

Bays added there has been no halt in the violence, and that it has continued to escalate this year amid a concerning humanitarian situation on the ground.

He desribed “a very difficult situation for Yemen … and because of that, it looks like a moment where diplomacy can take hold.”

The Saudi-led military coalition declared a unilateral truce last week because of the coronavirus threat, pledging a halt in military activities from April 9 for two weeks. But fighting on the ground and coalition air attacks have continued.

Griffith’s latest push for peace in Yemen was sparked by UN Secretary-General Antonio Guterres’s call last month for a global ceasefire so the world can focus on fighting the coronavirus pandemic.

So far only one case of COVID-19 has been confirmed in Yemen, where about 80 percent of the population, or 24 million people, require humanitarian aid.

But aid groups fear that could be a harbinger of a catastrophic outbreak given the country’s shattered health system and widespread hunger and disease after five years of war in which more than 100,000 have been killed.

“Epidemiologists warn that COVID-19 in Yemen could spread faster, more widely and with deadlier consequences than in many other countries,” UN aid chief Mark Lowcock told the Security Council on Thursday.

He also warned that the world’s largest aid operation needed money and that three-quarters of the UN’s 41 major programmes “will start closing down in the next few weeks if we can’t secure additional funds.”

“This means we will have to start eliminating many of the activities that may offer Yemenis’ the best chance to avoid COVID-19,” Lowcock said.