The UK has seen glorious sunshine and warm temperatures characterise the last week or so, and the sunny spell is set to continue for several more days. Weather charts forecast a sizzling 30C heat on Monday, June 14, in what is set to be the hottest day of the year so far.

Temperature charts by the Weather Outlook show the next few days will be marked by sizzling sunshine, with highs of 26C forecast this afternoon.

The map, valid for 5pm today, shows much of England can expect the mercury to reach the mid-20s.

The north east is set for a max of 26C, while the south east is expected to see highs of 25C.

Similar temperatures are forecast tomorrow, with 26C forecast in the capital. 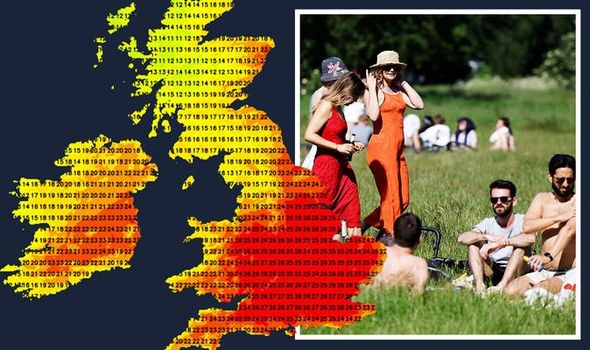 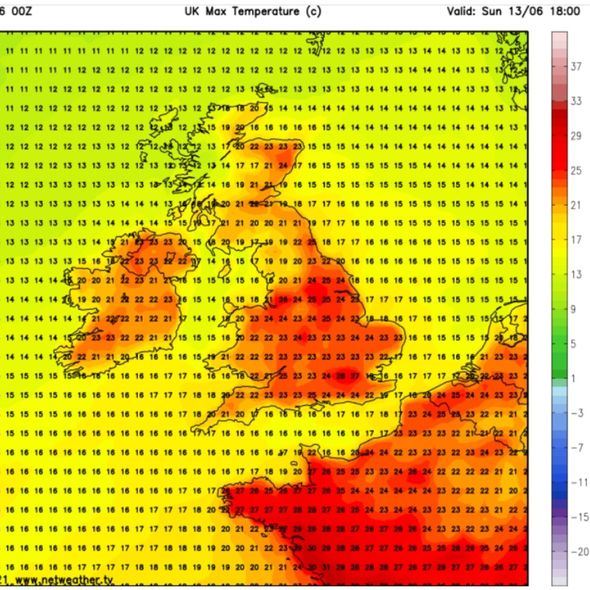 Elsewhere is set to be a little cooler, with an average of 20C forecast across the UK.

Temperature charts by Netweather also forecast highs of 26C in the south east.

The start of the weekend will see the warm weather continue to dominate, with highs of 25C forecast.

The mercury will creep up even higher on Sunday afternoon, with 27C forecast across the south of England, according to the Weather Outlook.

Charts by Netweather forecast a scorching 28C heat in the south heat, with a temperature map showing much of the UK turn a burnt red as the mercury soars. 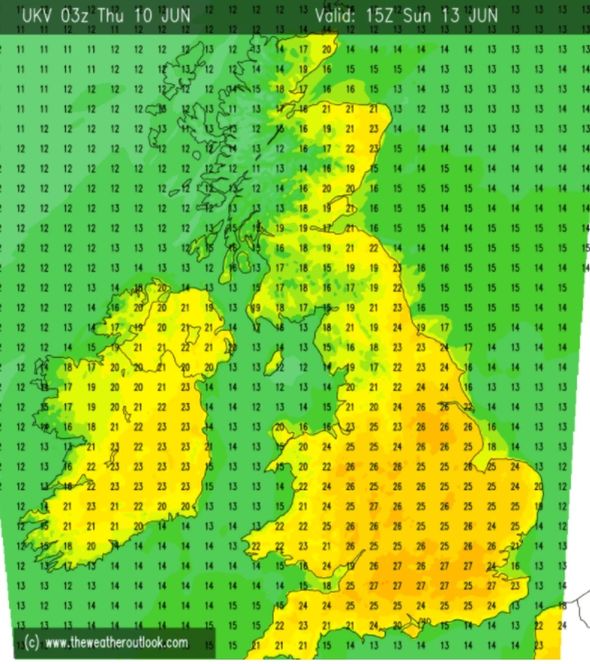 The best of the warm weather is set to come on Monday, June 14, with charts showing a scorching 30C is forecast in the capital by 3pm.

Elsewhere will see the mercury rise to the late-20s, as the warm weather takes hold of much of England.

Brian Gaze, of the Weather Outlook, wrote on Twitter: “UKV again suggesting Monday will see the highest temperatures of the ‘current’ spell with 30C in the south east.”

Netweather forecasts predict a hot and humid weekend ahead, with temperatures set to rise to 29C on Sunday afternoon. 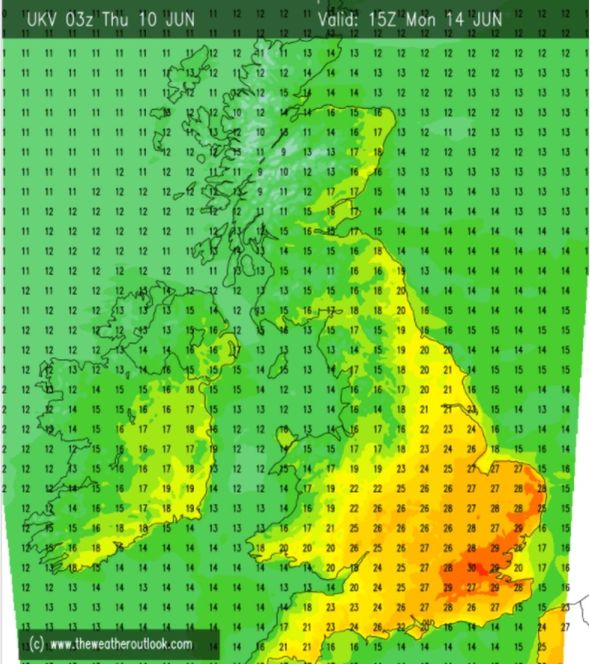 They said: “Saturday sees pressure building again from the South, giving much of the country a fine weekend, with even the far North and West joining in for a while.

“Over England, Wales and South East Scotland it becomes increasingly humid and very warm or hot by Sunday when a few places in the South could see 27 to 29C once cloud in areas at first clears.”

The Met Office’s weekend forecasts predict hot weather for many, though they did warn showers could emerge in the far north.

They said: “Often breezy with rain/showers in the far north. 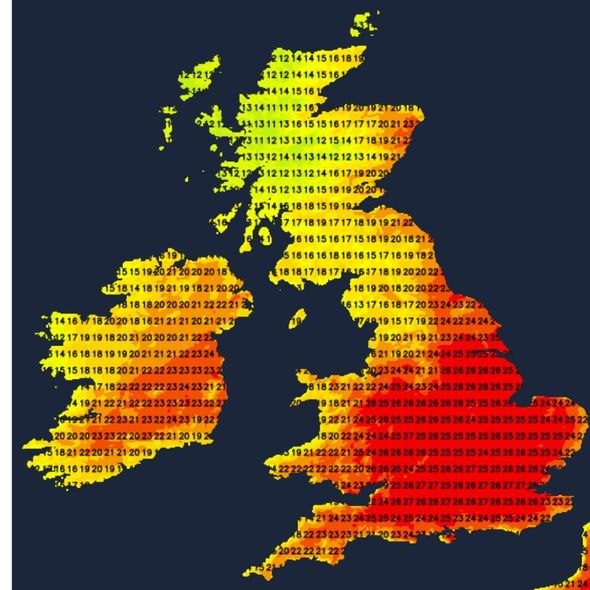 “Warm/very warm for many. Nearer normal in the north.”

Temperatures are set to dip slightly from Tuesday, with a max 24C forecast in the south east.

A similar forecast is expected on Wednesday, before the mercury significantly tails off to the high-teens by Thursday, June 17.