BBC Weather: Flood warning issued for parts of the UK

The Met Office has named the latest weather system Storm Christoph and warned heavy rain and flooding is expected across the UK for the next there days. Parts of England and Wales can expect up to eight inches (200mm) of rainfall, with concerns over flooding on already saturated grounds. 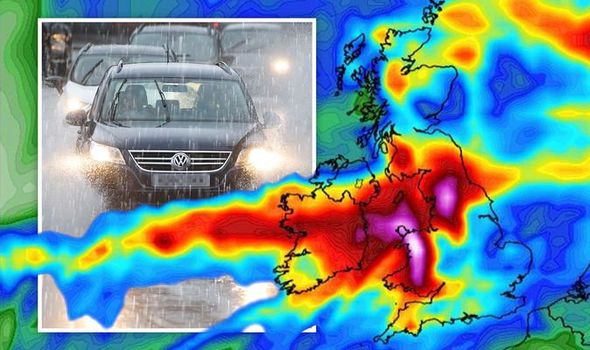 The Met Office has issued three weather warnings for the UK – including an amber alert level for central and north parts of England.

The amber warning is in place from 6am on Tuesday and warns “homes and businesses are likely to be flooded”.

“Our main concern is heavy and persistent rainfall falling over the Peak District and parts of the Pennines which could combine with melting snow to cause flooding.

‘That much water flowing into the river system is not good news for populated areas such as Sheffield.

“Despite the brief thaw, from Wednesday night we expect a return of colder, windy conditions, with snow falling on higher ground in the North of England and overnight frosts further south.”