Temperatures are expected to plummet this weekend, as the Met Office warns of a -4C deep freeze hitting the country. The cold weather comes after Britain has been bathing in temperatures up to 19C in some areas this week, with sunny conditions across the nation.

In a press release on Friday, the Met Office said: “After a period of warm, sunny weather, it is going to feel much colder this weekend, especially on Sunday as northeasterly winds become established across the UK.

“Temperatures by day on Sunday will struggle to reach double digits, the keen northeasterly wind making it feel colder.

“There’ll be a risk of hail and snow along eastern coasts and inland, although these will become more confined to high ground in the north later in the day.” 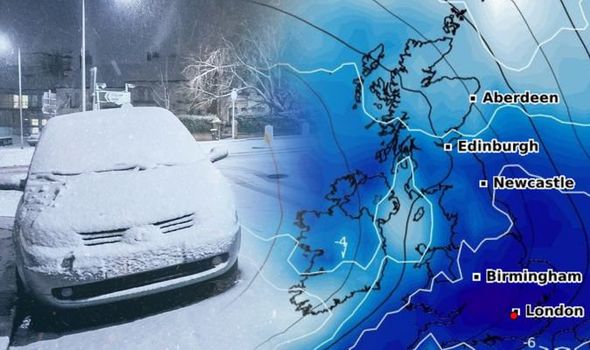 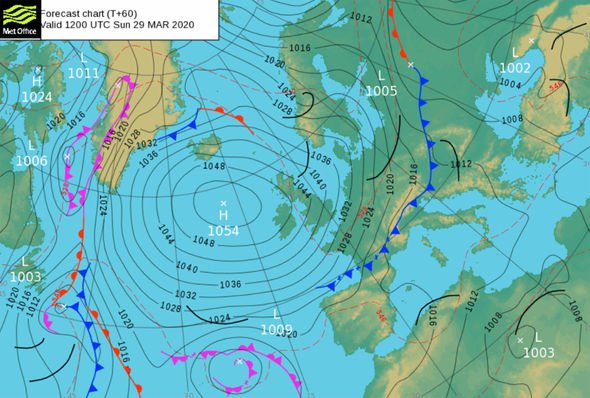 Met Office Chief Meteorologist Dan Suri said: “It will stay drier and brighter elsewhere, even so, it will be a marked change from the 18 or 19 Celsius we have been seeing in a few spots this week.

“This cold, bright weather is due mainly to a high-pressure system that is developing to the west of the UK, which will bring cold air down from the north.”

The weather forecaster added: “As we head into the start of next week the weather will continue to stay dry and settled with variable amounts of cloud and sunshine, but temperatures will stay cold for the time of year.

“Please remember, despite the sunny weather, during this coronavirus crisis the Government advice is to only go outside for food, health reasons or work, to stay two metres (six ft) away from other people and to wash your hands regularly.” 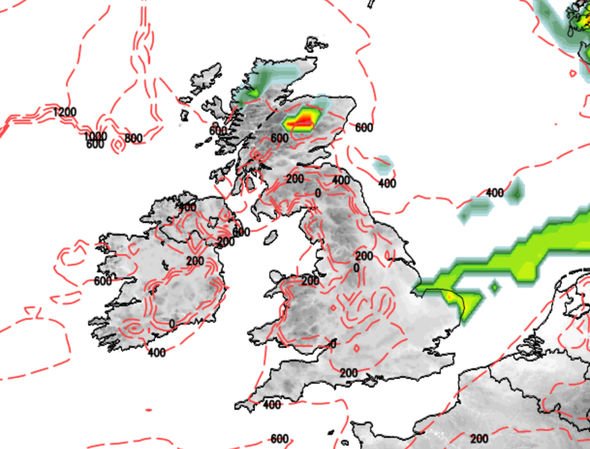 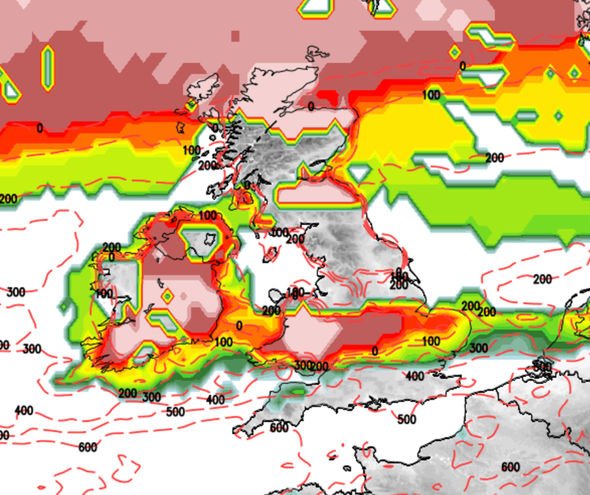 Will it snow this weekend?

With temperatures dipping below zero, there is concern snow will return to Britain this weekend.

However, although it will get colder, the weather is expected to stay sunny across most of the UK.

According to Net Weather, there is a chance of some snow on the hills of Scotland this evening.

The snow moves in from the north and will stay until Saturday evening.

On Sunday, the country looks snow-free, according to Net Weather, but some could return on Monday, again on the hills of Scotland.

Looking further ahead, there is more risk of snow next weekend.

Much of Wales and the Midlands could also be covered in snow if the forecast is correct. 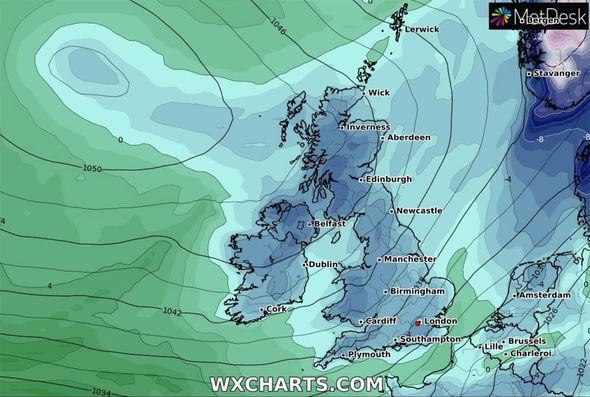 On Friday it will remain rather cloudy across much of Scotland and Northern Ireland with some light rain or drizzle at times.

Across England and Wales it will be dry with plenty of sunshine.

Tonight, a band of cloud will move south into northern England, clearing most of Scotland by dawn, but remaining slow moving across Northern Ireland.

On Saturday, many southern areas will continue to see sunshine, but the northeast could be scattered with wintry showers.

The weather this weekend will feel cold, especially in windy places.