Friday was a scorching day for the UK, with the Met Office declaring the third hottest day on record for the UK. The hottest temperatures were recorded at Heathrow Airport, with the mercury clocking in at a staggering 37.8C. Although such scorching temperatures are not forecast to continue this weekend, the Met Office predicts much of the country will see some hot weather on Saturday and Sunday.

On Saturday parts of the UK could see the heat rise to as high as 27C, according to the latest forecast.

Met Office forecaster Greg Dewhurst told Express.co.uk much of the UK will see some sunshine this weekend, although there are still some showers in the forecast.

He said: “It’s going to be generally a day of sunny spells and a scattering of showers today (Saturday) across the whole of the UK.

“Showers are more likely across northern and western areas, whereas south and south-east of the UK will probably be largely dry. 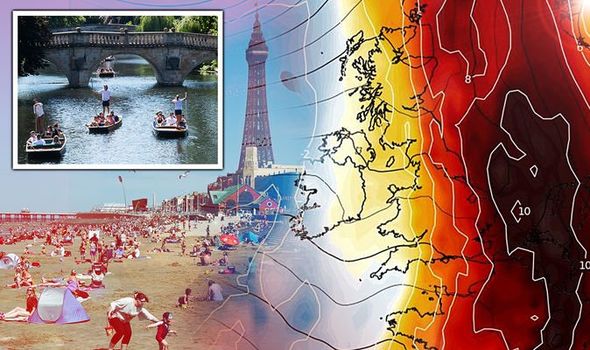 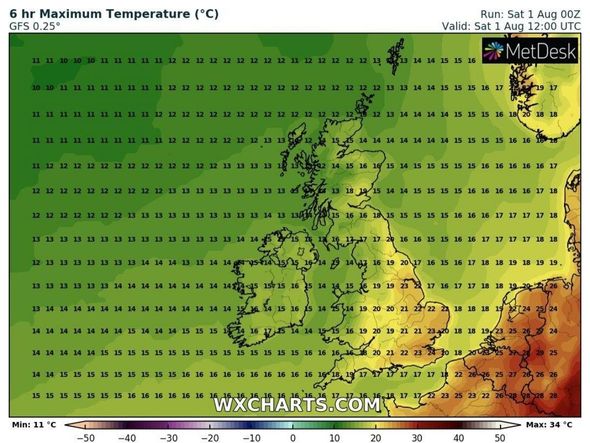 “Overall temperatures will be lower than yesterday, generally reaching the high teens to low 20’s across the UK.

“But still fairly warm across the south-east of England with highs of around 27C, so the maximum temperatures today.

“So down on yesterday, but still not too bad. Still above average for the time of year in the south-east.

“As we go into the second half of the weekend on Sunday, it’s very similar again actually, another day of sunny spells and scattered showers. 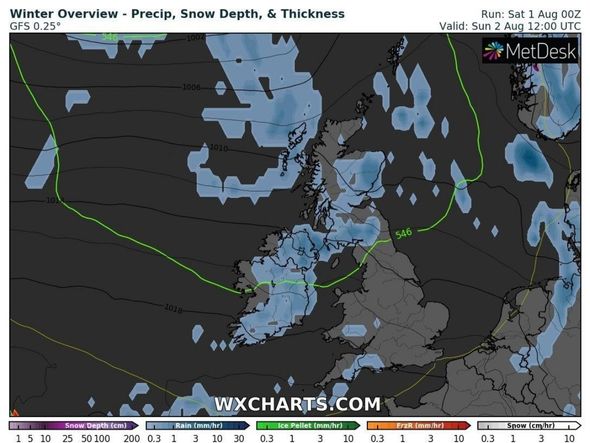 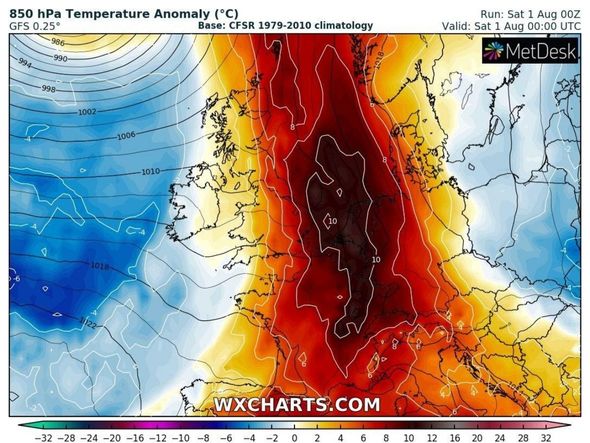 “Though the showers will be largely focused again across the northern half of the UK, southern parts of England and Wales will generally be dry through the day.”

Although still a warm day for many, temperatures on Sunday are expected to dip slightly from Saturday.

Across the UK temperatures are generally expected to be around the high teens to low 20s, with maximum temperatures of 24 to 25C forecast in the south-east.

On Monday it is a similar forecast, likely to be a day of sunny spells and showers.

Temperatures could still be quite warm at the start of next week, with maximum temperatures of 24 to 25C forecast.

After Monday a more unsettled pattern of weather is expected to appear in the UK.

The Met Office forecast it will be wetter and windier from Tuesday into Wednesday, particularly in northern and western parts of the UK. 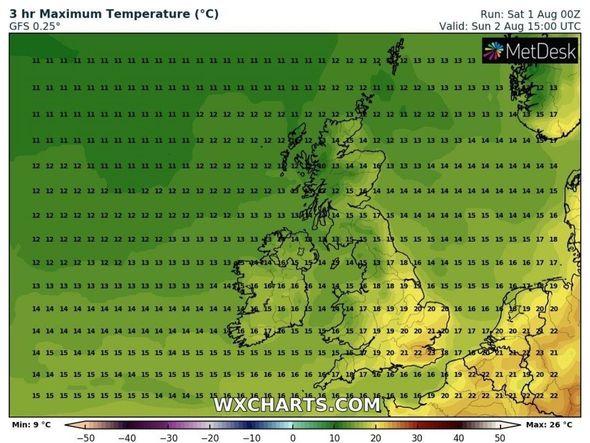 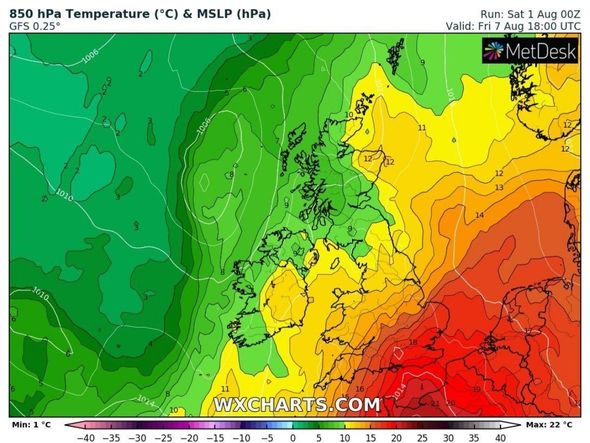 There could also potentially be some heavy outbreaks of rain over higher ground in some regions.

The Met Office will be keeping an eye on rainfall totals in case any weather warnings for rainfall need to be issued in the middle of the week.

The unsettled weather pattern is expected to start settling from Thursday and towards the end of next week.

During the latter half of the week, temperatures could also be on the rise, potentially hitting the high 20s range as the weekend approaches.