It comes after blasts engulfed an ammunition depot at a military base in the north of the Moscow-annexed Crimean peninsula, disrupting trains and forcing the evacuation of 2,000 people from a nearby village. Russia blamed saboteurs for explosions at one of its military bases in Crimea but Ukraine hinted it was responsible as its officials said their strategy was to destroy supply lines supporting Putin’s illegal invasion.

The Crimean peninsula, which Russia annexed in 2014, is the main supply route for its forces in southern Ukraine and the base for its Black Sea fleet.

Ukraine did not confirm or deny responsibility for the explosions though its officials cheered Russia’s setbacks.

Presidential adviser Mykhailo Podolyak and chief of staff Andriy Yermak both exulted on social media at “demilitarisation”, an apparent mocking reference to the word Russia uses to justify its invasion. 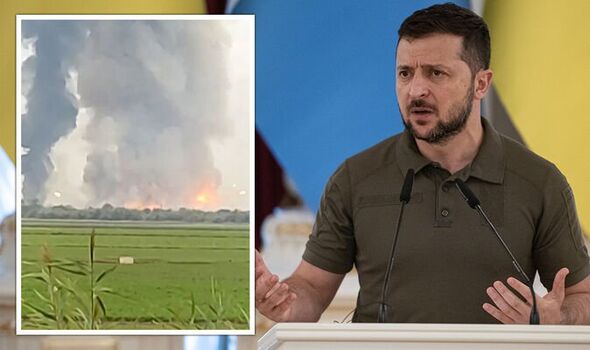 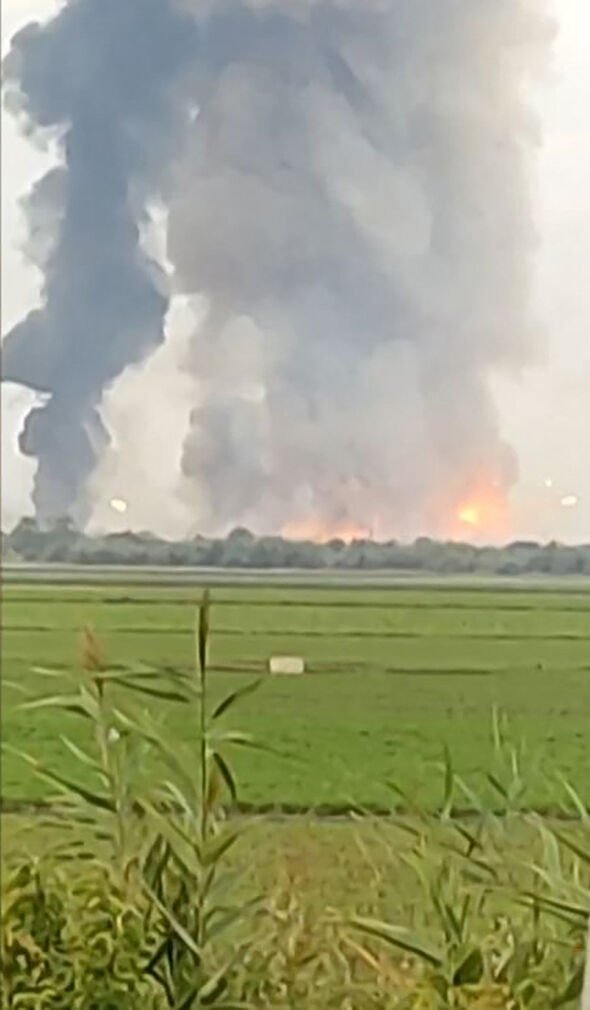 Mr Podolyak told The Guardian Ukraine’s strategy was to destroy Russian “logistics, supply lines and ammunition depots and other objects of military infrastructure.”

He added: “It’s creating a chaos within their own forces.”

British forces have been training up to 10,000 Ukrainian soldiers in the UK where they have received specialist military training lasting several weeks. 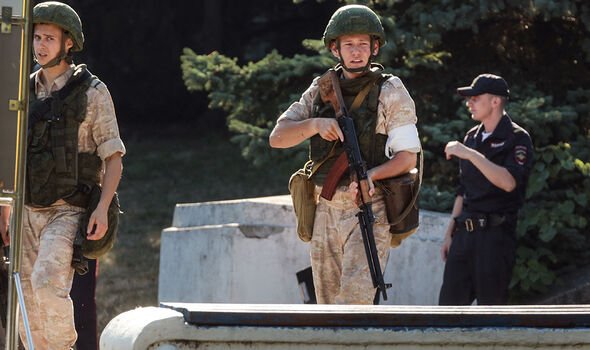 About 1,050 British service personnel were deployed to run the programme, which has taken place at four undisclosed MoD sites across the north-west, south-west and south-east of the UK.

Volunteer recruits with little to no military experience were trained in skills to be effective in frontline combat.

Plumes of smoke were later seen at a second Russian military base in central Crimea, Russia’s Kommersant newspaper said, while blasts hit another facility in the west last week. 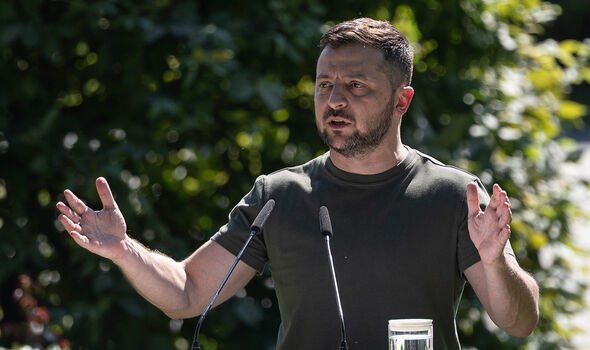 An electricity substation also caught fire in Tuesday’s blasts, according to footage on Russian state television.Seven trains were delayed and rail traffic on part of the line in northern Crimea had been suspended, Russia’s RIA news agency said.

As Ukraine considers a counter-offensive in the south, the explosions raised the prospect of new dynamics in the six-month-old war if Ukraine has capability to strike deeper in Russian-occupied territory or pro-Ukraine groups are having success with guerrilla-style attacks.

President Volodymyr Zelenskiy urged Ukrainians to steer clear of Russian military bases and ammunition stores and said the explosions could have various causes, including incompetence.

During an evening address, he said: “But they all mean the same thing – the destruction of the occupiers’ logistics, their ammunition, military and other equipment, and command posts, saves the lives of our people.”

Writing for the Daily Telegraph, Defence and Security editor Dominic Nicholls said the explosions signalled Kyiv was entering the latest phase in its war against Russia.

He said: “What seems to be happening now in Crimea could well be the shaping phase of the anticipated Ukrainian counter-offensive in the Kherson region.

Whatever the causes, the blasts will limit Russia’s ability to reinforce its forces in the south of Ukraine just as Kyiv is thought to be planning a major counter-offensive.

He added: “Watching them all go up in smoke over the narrow period of a few days lends to Ukraine a sense of momentum and invincibility.

“It has also instilled fear into the thousands of Russian civilians now flocking to escape the illegally-annexed peninsula.”