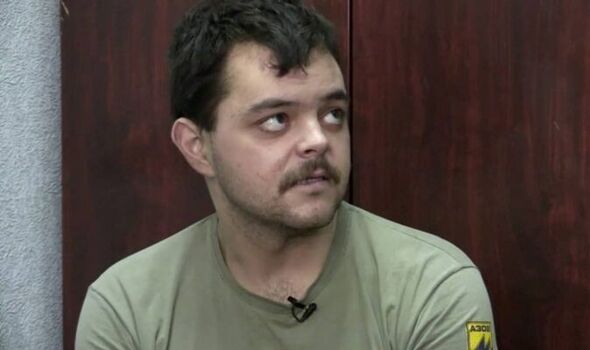 Aiden Aslin, 28, has told of the “amazing” food he receives in detention and offered to answer questions from around the world.

Unlike fellow British captives Shaun Pinner, 48, and Andrew Hill, 35, he has not been named as potentially facing the death penalty.

Elena Shishkina, a senior official of the so-called Donetsk People’s Republic, ruled out any prisoner swap for Pinner and Hill.

She said: “They did not act as servicemen, who comply with international conventions. They acted as terrorists, as neo-Nazis.”

Aslin, meanwhile, appears relaxed on YouTube, talking about the food he receives.

“For dinner we had mashed potato and fish.

“So it’s good in my book. As you can see

I’ve got a bit of fat coming back to me now I’m eating good.

“I’m not as skinny as I used to be in my first video after months of not eating in Mariupol.”