July was said to be driest since 1935 with only a measly 23.1mm falling across the entire month. This, paired with a relentless high-pressure system from the Azores, has seen landscapes scorched and river beds exposed as the nation yearns for rainfall. The Environment Agency said total reservoir stocks for England were at 65.2 percent of total capacity at the end of July, their lowest end of July level since the end of July 1995. Large swathes of England are currently considered to be in a drought, with water companies such as Southern Water, South East Water, South West Water, Yorkshire Water, and Thames Water implementing hosepipe bans to protect resources.

Millions of people are now banned from using their hosepipes to water the plants, fill up paddling pools and wash the car.

Just yesterday (August 30) large parts of the southwest were plunged into a drought including Bristol, Somerset, Dorset, south Gloucestershire and parts of Wiltshire.

And now a report which reflects on July from the Environment Agency reveals the true state of the water deficit.

It says: “For the three-month period from August to October for the UK there is an increased chance of warm conditions consistent with an increased westerly flow from warmer than average seas. 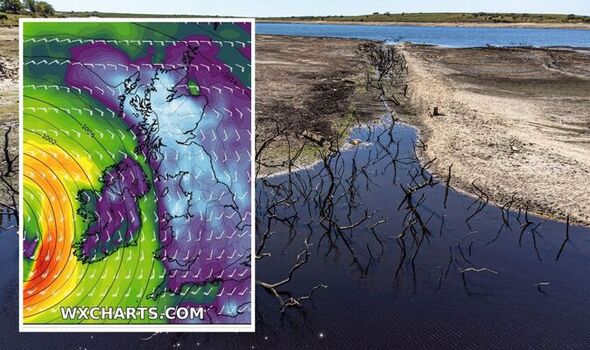 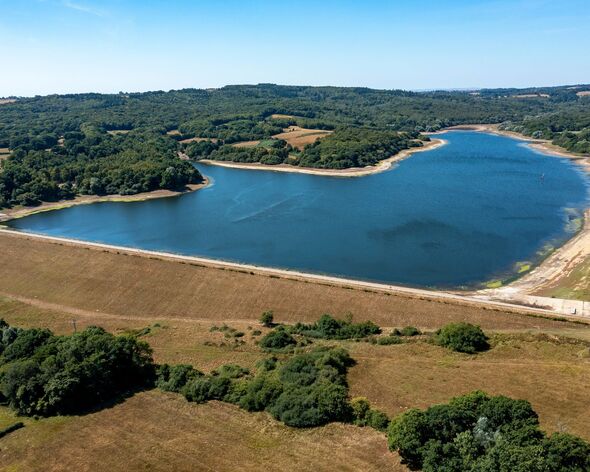 This indicates a projection for a dry autumn at the very least, throwing doubt over hosepipe bans being relaxed before winter.

Charts embedded in this report even suggest some river flow levels will remain “exceptionally low” for the time of year, despite heavy rain being forecast from this weekend.

The report adds that river flow levels will remain “exceptionally low” for months to come. 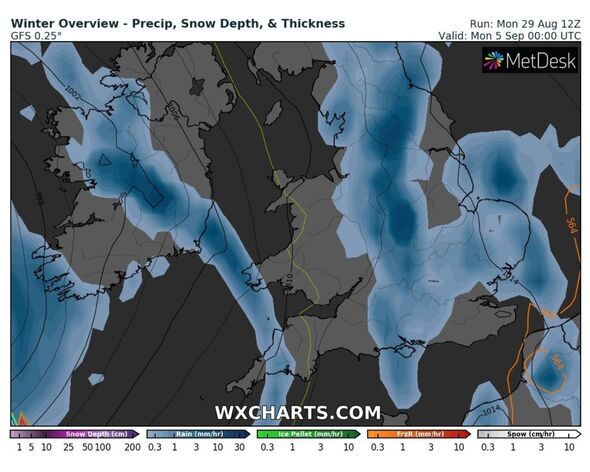 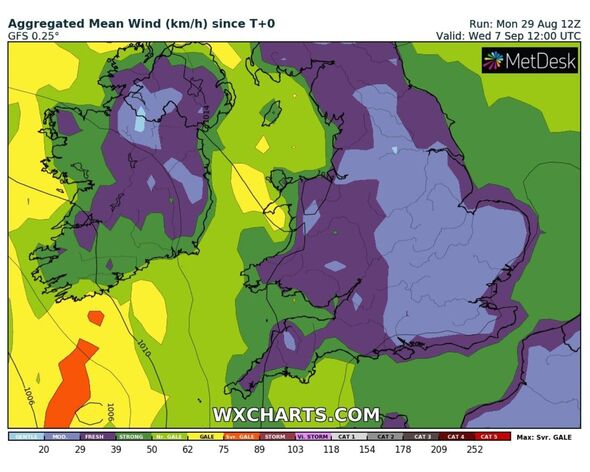 It says: “By the end of September 2022 more than half of all modelled sites will have a greater than expected chance of cumulative river flows being below normal or lower for the time of year.

“By the end of March 2023 three quarters of all modelled sites have a greater than expected chance of cumulative river flows being notably low or lower for the time of year.”

Forecasters, including the Met Office, are predicting unsettled conditions throughout the first half of September for parts of the south west, north and eastern parts of England.

This includes rain and thunderstorms – but there is no indication that this will be enough to replenish the depleted water stocks in reservoirs.

Jim Dale, senior meteorologist at British Weather Services, previously told Express.co.uk that rainfall would need to be substantial and prolonged to make a decent impact.

And despite rain being predicted, the Met Office has forecast mild temperatures which may sit above average for the time of year in September.