LONDON (Reuters) – Britain sent in the army to deliver protective equipment to hospitals on Monday and told people to stay at home and heed warnings over social distancing or the government would bring in more extreme measures to stop the coronavirus spread. 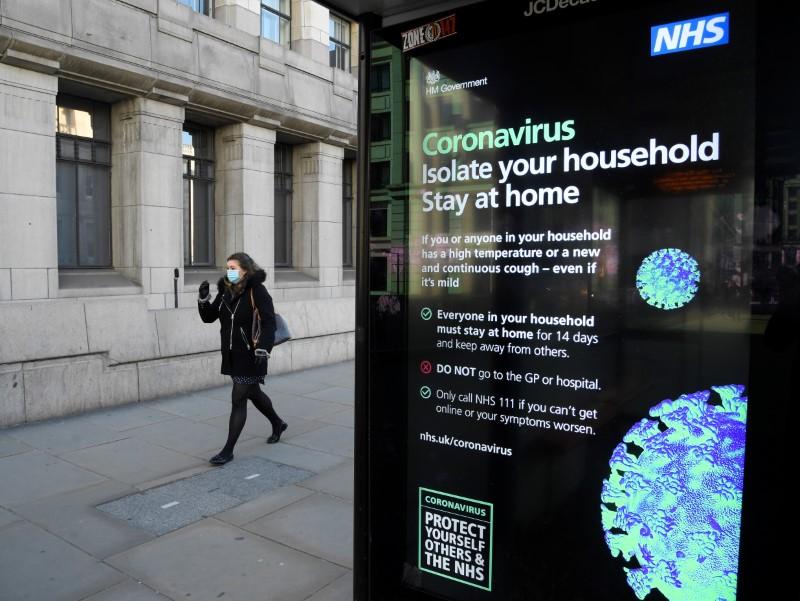 With some doctors saying they felt like “cannon fodder”, the government said the military would help ship millions of items of personal protective equipment (PPE) including masks to healthcare workers who have complained of shortages.

So far, 281 Britons have died from coronavirus and, in the last few days, British authorities have rapidly stepped up action to try to limit the spread of the disease and prevent a repeat of the death toll seen in other countries where thousands have died.

However, there have been complaints from frontline medical staff about shortages of kit, saying they did not feel safe at work. In a letter pleading with Prime Minister Boris Johnson to increase PPE supplies, more than 6,000 frontline doctors said they were being asked to put their lives at risk with out-of-date masks, and low stocks of equipment.

Health Secretary Matt Hancock admitted there had been issues but promised action was being taken. He said the army would drive trucks throughout the day and night to get supplies to medical staff.

“It’s like a war effort, it is a war against this virus and so the army have been incredibly helpful in getting those logistics so we can get the supplies to protect people on the front line,” he told the BBC, saying the health service now had 12,000 ventilators, 7,000 more than at the start of the crisis.

Britain has brought in a series of measures to try to curb the spread of the virus.

On Monday, a much-reduced rail service was introduced and jury trials were suspended, coming days after Johnson advised Britons to work from home if possible and ordered the closure of pubs, gyms and leisure centers.

But advice to stay at home and avoid social gatherings went unheeded by millions at the weekend who took advantage of sunny weather to flocked to parks and beauty spots over the weekend, ignoring instructions to stay 2 meters (6 feet) apart.

Emyr Williams, chief executive of the Snowdonia National Park Authority in Wales, said the past 24 hours had been unprecedented.

“We have experienced the busiest visitor day in living memory. The area has been overwhelmed with visitors,” he said.

The government warned that Britain would face a shutdown with curfews and travel restrictions if people continued to flout the advice.

“Well, we’re perfectly prepared to do that if we need to because the objective here is really clear which is to stop the spread of the virus. Of course we will enforce and bring in further strong measures if we need to,” Hancock told Sky News. 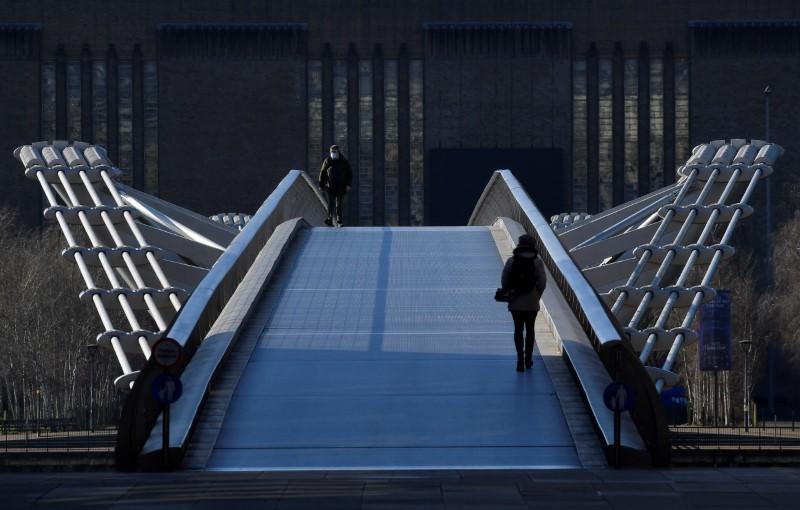 The government was also pondering whether to close all non-essential retail shops, the BBC’s political editor reported.

Some firms have already acted because of slowing demand, with clothing retailer Primark and department store John Lewis saying on Monday they would temporarily close all of their shops.

It comes as Britain opened the first part of a 330 billion pound ($384 billion) loan guarantee scheme for businesses , which will help small and medium-sized firms borrow up to 5 million pounds to deal with coronavirus stoppages.