DUBAI/RIYADH (Reuters) – The United Arab Emirates said on Wednesday it would bar foreign visitors, banned citizens from going abroad and said anyone entering the country must isolate for two weeks, escalating a battle to curb the spread of coronavirus. 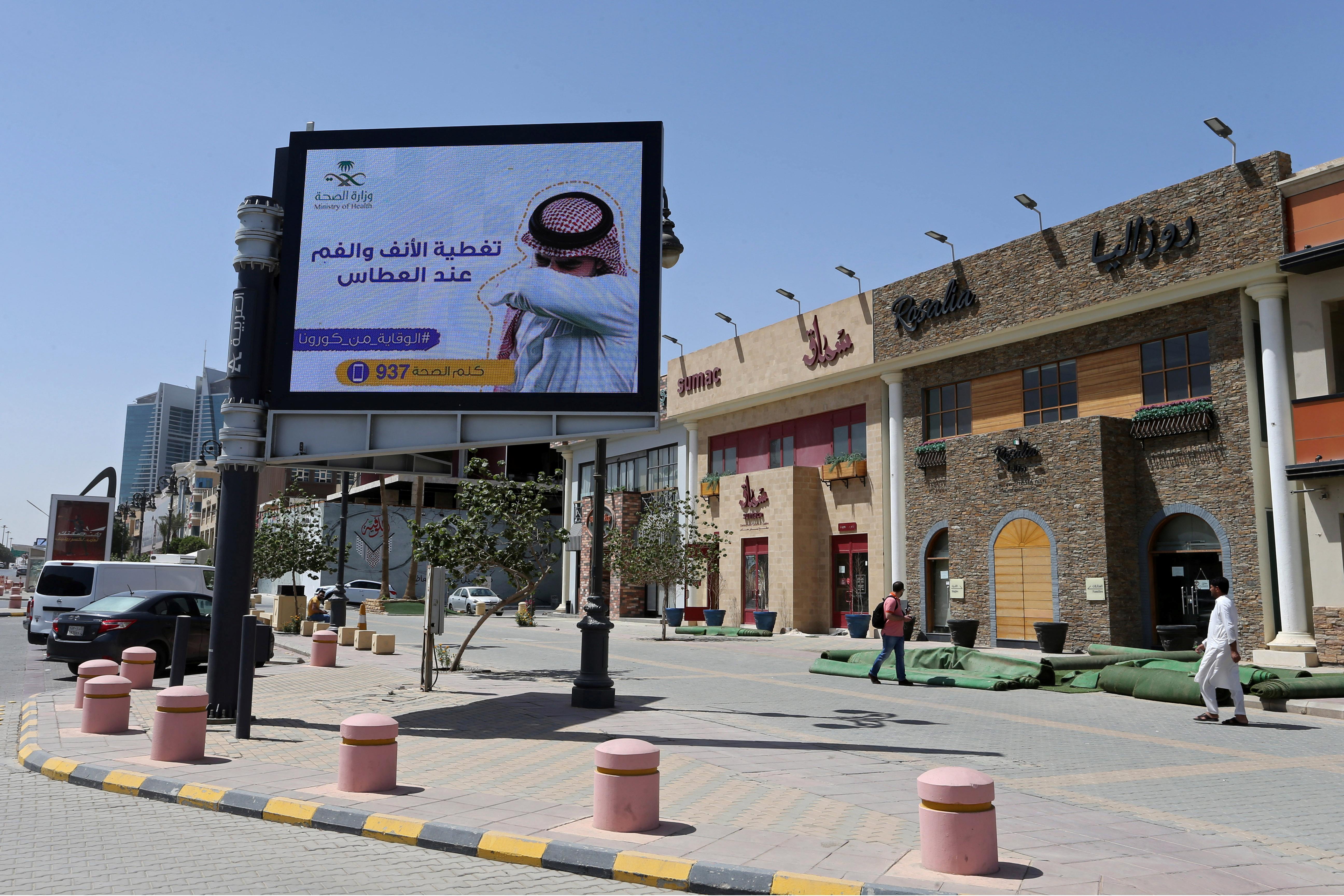 Saudi Arabia suspended most work in its private sector among various moves by Gulf countries to contain the virus.

Kuwait recorded 12 more cases on Wednesday, including six Kuwaitis, an American resident and a Spanish resident who had all been to Britain. This took the total number of infections in the six-nation Gulf Cooperation Council (GCC) to over 1,100.

The UAE, a major international air transit center and the Gulf region’s tourism and business hub, said on Wednesday all arrivals must remain in isolation at home for 14 days from Thursday.

Legal action will be taken against people who do not comply with the order, the state news agency WAM reported Attorney General Hamad al-Shamsi as saying.

The UAE also banned Emiratis from traveling abroad and said it would suspend the issuance of visas on arrival from Thursday until further notice. It had already barred those who do not qualify for visas on arrival.

The steering committee of countries participating in Expo 2020, a world fair starting in October that the UAE hopes will boost its economy, met virtually to discuss how coronavirus is impacting event preparations. The group will reconvene in the coming weeks to reassess the situation, a statement said.

Saudi Arabia and Kuwait have already been under virtual lockdown after temporarily suspending all international flights last week and closing most public venues.

Qatar, which has the highest number of cases in the Arab Gulf region at 442, and Oman have banned entry of foreigners.

Muscat, which has also prevented citizens from traveling abroad, asked travel operators to advise foreign tourists against staying in the sultanate.

The moves are the latest in a series of exceptional measures by Gulf states to combat the outbreak, including cancelling the Umrah pilgrimage in Saudi Arabia and closing mosques, malls and restaurants across the region.

Saudi Arabia, the largest Arab economy, suspended work in most of the private sector for 15 days and directed businesses to implement work-from-home policies.

It outlined exceptions for companies providing vital food and health services as well as utility services for government agencies. Pregnant women, workers over 55 and those with severe pre-existing conditions must be given 14 days additional leave.

“Young people, you are banned from being in public rest areas!” police in the northern province of Tabuk repeatedly said through loudspeakers, videos posted on social media showed.

Earlier this week, the government suspended work for public sector employees beyond health and security and halted its regular cabinet meetings, while the central bank implemented work-from-home measures for banks.

Oman’s central bank became the latest to offer stimulus packages to shield the region’s hydrocarbon-dependent economies, saying on Wednesday it would provide some 8 billion rials ($20.8 billion) in extra liquidity to banks.

Many of the cases in the region are linked to travel to Iran, where the death toll from coronavirus has hit 1,135 and the number of infections 17,361 so far.

Bahrain, which this week recorded the GCC’s first death from the disease, will evacuate more citizens from the Iranian city of Mashhad with a second repatriation flight scheduled for Thursday, a Bahraini official told Reuters.

He said the flight, using an Omani aircraft, had been delayed for a week while quarantine facilities were being prepared in Bahrain, where a main isolation center has been set up on a barren island linked to the mainland by a causeway.