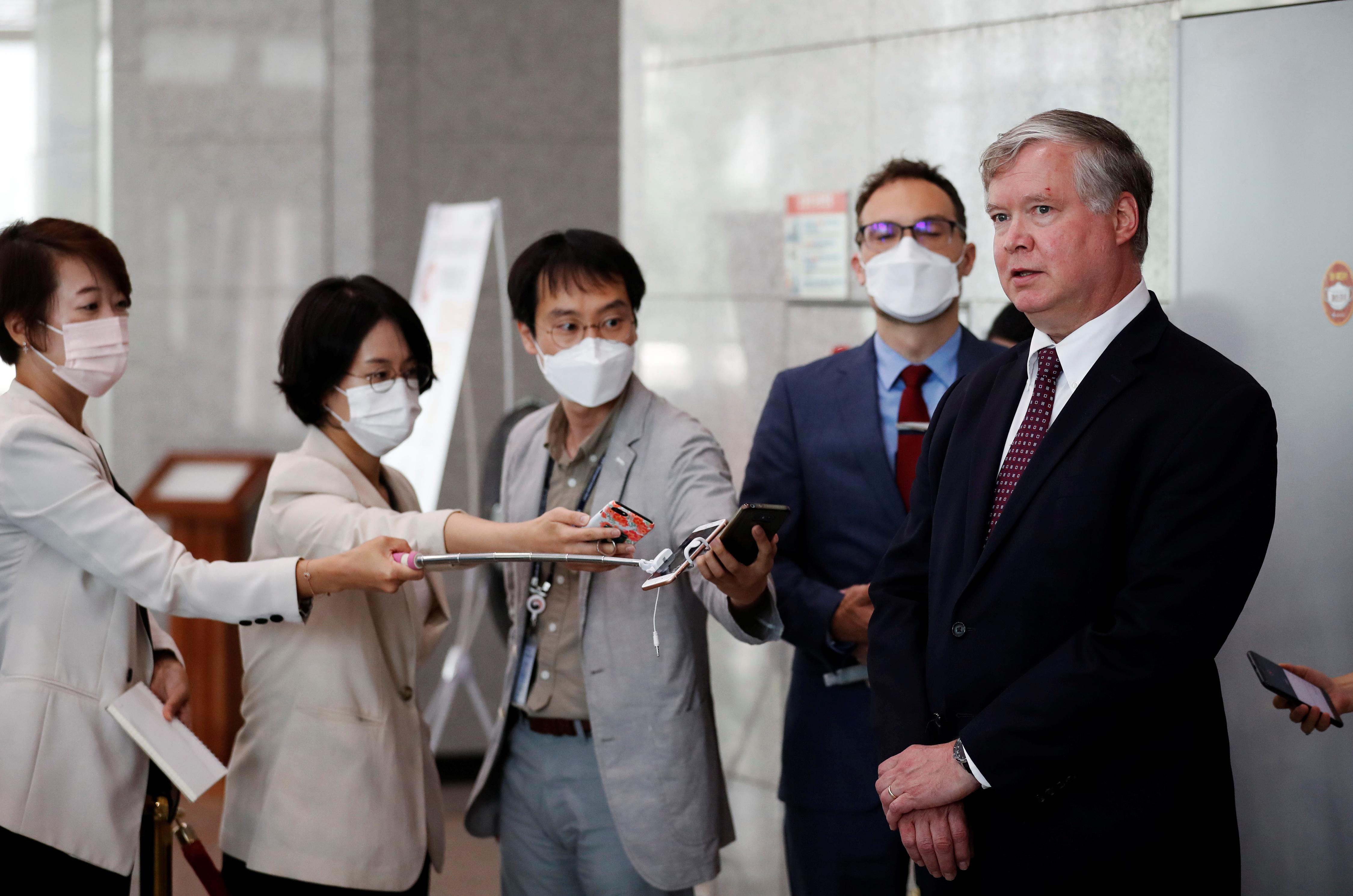 SEOUL (Reuters) – U.S. Deputy Secretary of State Stephen Biegun was due to wrap up meetings with South Korean officials in Seoul on Thursday, before moving on to Japan in a trip overshadowed by stalled denuclearisation talks with North Korea.

In Seoul on Wednesday, Biegun rejected speculation he was seeking to meet North Korean officials during his visit to the region, but reiterated the United States was open to resuming talks.

Besides North Korea, the agenda is expected to include coronavirus responses and cost-sharing for the U.S. military deployment in South Korea, among other issues.

As U.S. Special Representative for North Korea, Biegun led working-level talks, which have been stalled since the two sides last met in Sweden in October.

North Korea has said it has no intention of sitting down again with the United States, though U.S. President Donald Trump said this week he would be open to another summit with leader Kim Jong Un.

The two leaders have met three times, but failed to find a compromise over the North’s nuclear weapons programme, or the international sanctions imposed on Pyongyang.