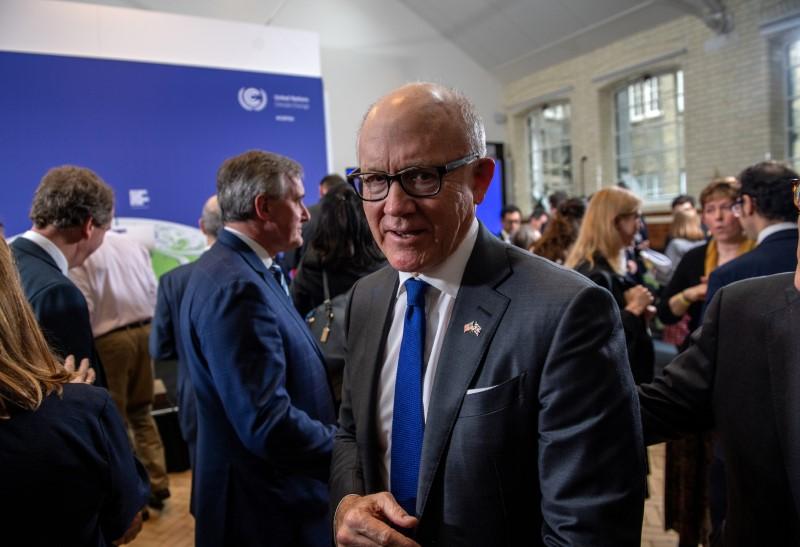 LONDON (Reuters) – The U.S. ambassador to London has said China had endangered the world by suppressing information about the coronavirus outbreak thus allowing it to spread far beyond the Communist republic’s borders.

“First it tried to suppress the news,” Ambassador Woody Johnson wrote in an article for The Times newspaper published on Thursday, adding that Beijing had then selectively shared critical information while stonewalling international health authorities.

“Had China done the right things at the right time, more of its own population, and the rest of the world, might have been spared the most serious impact of this disease,” the ambassador wrote.

U.S. President Donald Trump has said Beijing should have acted faster to warn the world after the outbreak of the disease there. He also dismissed criticism that his labeling it as the “Chinese virus” was racist.

Last week, he brushed aside a reporter’s question as to whether it was potentially harmful to Asian-Americans to give the disease that name, as well for an unnamed White House official to have privately termed it the “kung flu”.

On Monday, the president said Asian-Americans were not responsible for spreading the disease and needed to be protected.

“When the crisis finally abates we should take stock of the outcome and evaluate the costs of this breakdown in international collaboration,” Ambassador Johnson wrote in The Times.