The claims were made by Chuck Woolery, former host of US game show Love Connection and current Trump backer and conservative political activist.

According to reports, multiple states across the US are experiencing huge spikes in COVID-19 cases, with hospitals nearing capacity.

It’s resulted in some states such as California to begin rolling back their reopening plans – what the Los Angeles Times has referred to as “lockdown 2.0”.

But Mr Woolery yesterday suggested this is part of a political agenda; an idea Trump endorsed by sharing it on Twitter.

Mr Woolery wrote: “The most outrageous lies are the ones about COVID-19. Everyone is lying. The CDC, media, Democrats, our doctors, not all but most, that we are told to trust. 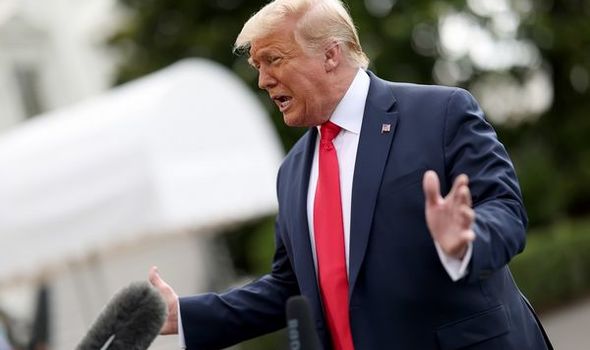 “There is so much evidence, yes scientific evidence, that schools should open this fall. It’s worldwide and it’s overwhelming. BUT NO.”

Mr Woolery did not specify which scientific evidence he was referring to regarding the reopening of schools in the US by autumn.

READ: Trump advisor lashes out at China in angry tirade for targeting US with ‘weaponised virus’ 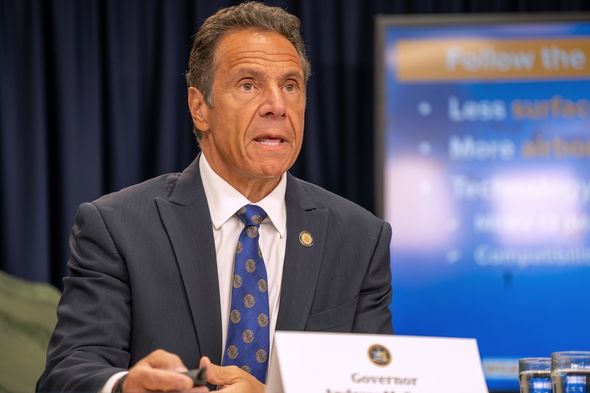 Dr Young said: “So based on Dr Fauci and the Democrats, I will need an ID card to go shopping but not to vote?”

New York Governor Andrew Cuomo has blasted the president for retweeting the comments made by Dr Young and Mr Woolery.

He called Mr Trump’s handling of the coronavirus pandemic a “scandal” – one that makes “what Nixon did at Watergate look innocent”.

Governor Cuomo also challenged Mr Trump to fire the people he believes are lying, if it is truly the case. 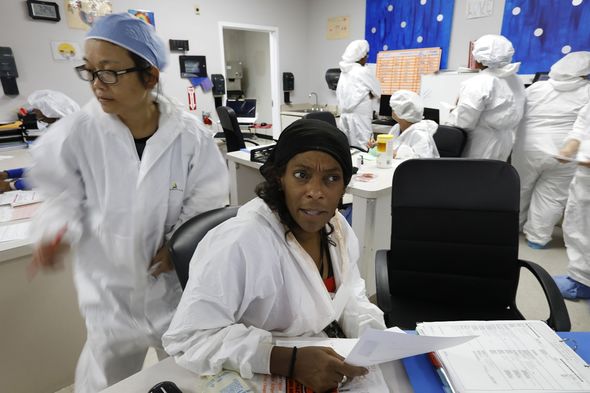 He said: “The president now says his own health officials are lying about the virus. Well, if the president is telling the truth, you know what he should do? He should fire them.

“If I said in this room, ‘My health commissioner is lying about the coronavirus,’ you know what your first question would be? ‘Governor if you say he’s lying, how do you not fire him? How do you keep him in charge of health policy if you say the person is lying?’”

“Because someone is clearly lying to the American people. And people are dying because of it.” 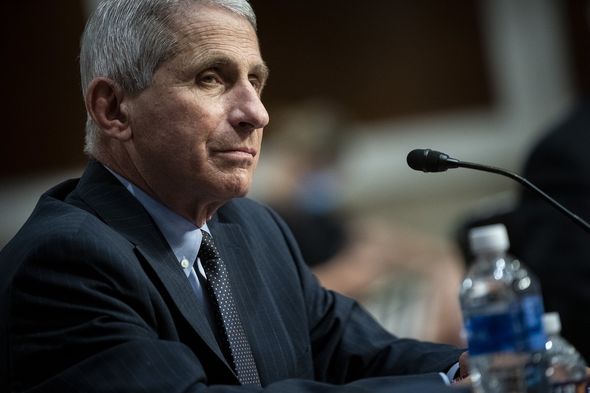 According to a White House memo leaked over the weekend, infectious disease chief Dr Fauci is currently being targeted by the Trump Administration.

The memo claims several officials in the White House are “concerned about the number of times Dr Fauci has been wrong on things”.

However, the Association of American Medical Colleges issued a statement in defence of the disease expert, stating Dr Fauci has been “an outspoken voice for truth as the nation has struggled to fight the coronavirus pandemic.”