WASHINGTON/NEW YORK (Reuters) – Donald Trump tested negative for the coronavirus, his doctor said on Saturday, as the U.S. president extended a travel ban to Britain and Ireland to try to slow the spread of a pandemic that has shut down much of the daily routine of American life.

After White House officials took the unprecedented step of checking the temperatures of journalists entering the briefing room, Trump told reporters he took a test for the virus on Friday night. On Saturday evening, his physician, Sean Conley, said the results were negative.

The U.S. president met with a Brazilian delegation last week, at least one member of which has since tested positive.

Dr. Anthony Fauci, director of the National Institute of Allergy and Infectious Diseases, said the country has recorded 2,226 cases of the new coronavirus but has not yet reached the peak of the outbreak.

“This will get worse before it gets better,” Surgeon General Jerome Adams said at the briefing. But, he added, “99% of people will recover and people need to know that.”

Critics have accused Trump of focusing too much on markets, which on Friday saw the three major Wall Street indexes gain more than 9% after having had their worst day since 1987 on Thursday.

All three indexes were nevertheless down at least 8% for the week and about 20% below mid-February record highs.

At the briefing, Trump told reporters he was “honored to see that the stock market set a record in a short period of time over a 45-minute period.” He called it an “all-time record” that he hoped would be repeated daily.

“They said, ‘Sir, you just set a record in the history of the stock market. That was pretty good. Those great companies that were there, they couldn’t have been too unhappy about it … They are all big, publicly listed companies, so they did a good job,” he said before turning the microphone over to Vice President Mike Pence, who is running the White House’s response to the outbreak.

Pence said the administration was extending to Britain and Ireland travel restrictions that were first imposed on China and expanded this week to continental Europe. 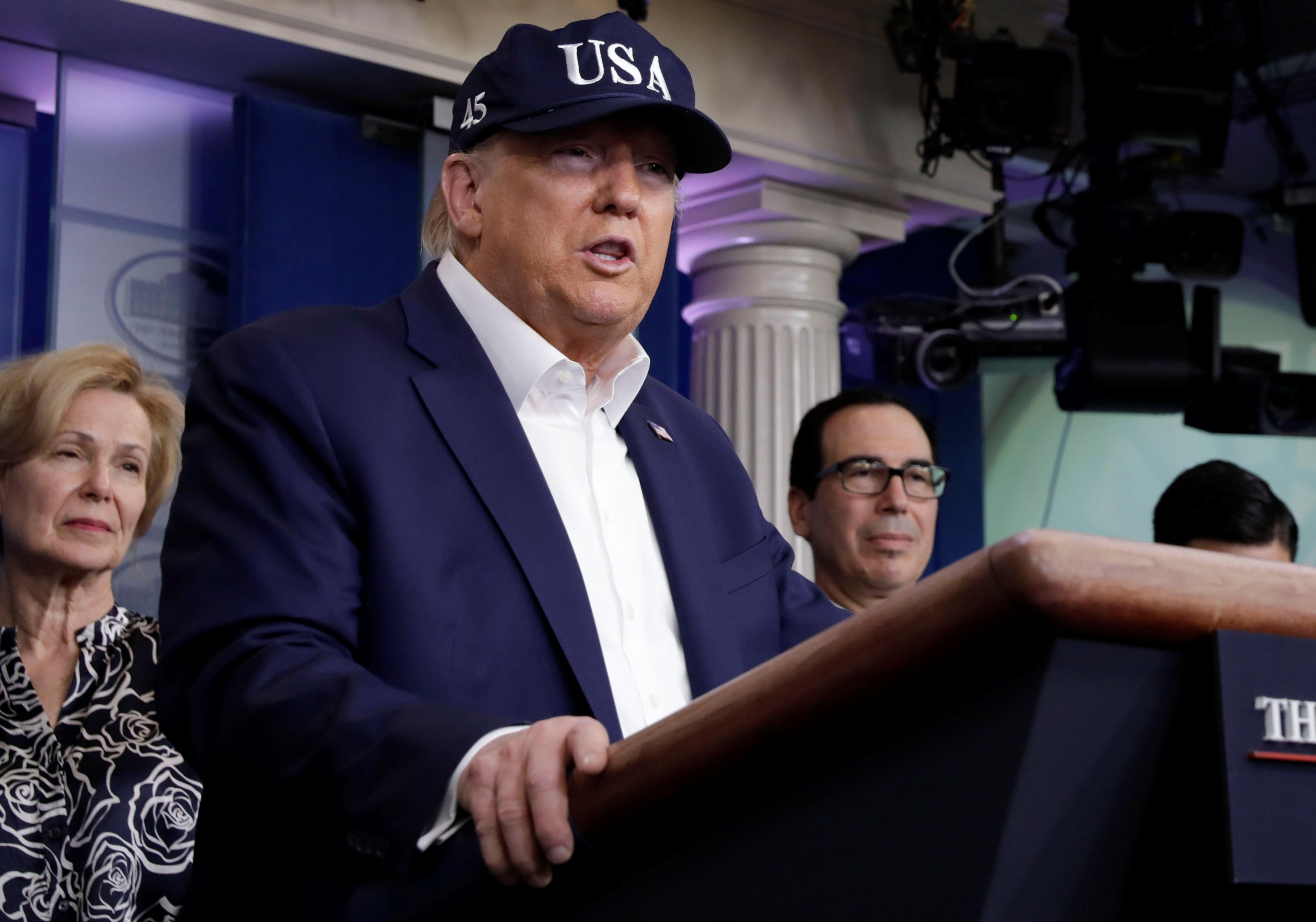 U.S. airlines, which have already been battered by the restrictions and a steep drop in demand, said on Saturday that they were preparing more flight cuts. Pence said the new restrictions will take effect at midnight on Monday.

Chad Wolf, acting secretary of the U.S. Department of Homeland Security, said Trump decided to add Britain to the travel ban because of the rising number of coronavirus cases there. Health authorities in England announced on Saturday a further 10 deaths caused by COVID-19, almost doubling the number of fatalities in Britain since Friday.

A senior DHS official, who spoke on condition of anonymity, said Britain and Ireland were added because the United States was not able to effectively determine whether travelers from those countries were trying to sidestep the European travel ban.

“The travel investigation couldn’t be effectively managed on our side,” the senior DHS official said.

U.S. citizens and legal residents will still be able to return home and will be funneled through certain airports, Pence said.

The vice president also told reporters that visits to nursing homes were being suspended to protect the most vulnerable. A nursing home in Washington state has been the site of most of the U.S. deaths caused by the coronavirus.

On Saturday, officials in New York confirmed that state’s first two fatalities from the outbreak: an 82-year-old woman in New York City’s borough of Brooklyn, and a man in his 60s in Rockland County, north of the city. Both had underlying health problems, New York Governor Andrew Cuomo said.

Nationwide, at least 58 people have died.

The pandemic has forced public schools, sports events and cultural and entertainment venues to close across the United States.

American shoppers picked grocery store shelves clean of products ranging from disinfectants and toilet paper to rice and milk, causing retailers to race to restock their stores. In response to the run on certain items, major retailers have imposed some purchase limits.

On Saturday morning, about 500 people were lined up for two blocks outside a Costco in Garden Grove, California, waiting for the store to open. Long lines of shoppers were reported outside food stores in other parts of the United States.

On Friday, Trump declared a national emergency in a move that he said would bring “the full power of the federal government” to bear on the escalating health crisis by freeing up some $50 billion in aid. He also urged every state to set up emergency centers to help fight the virus. 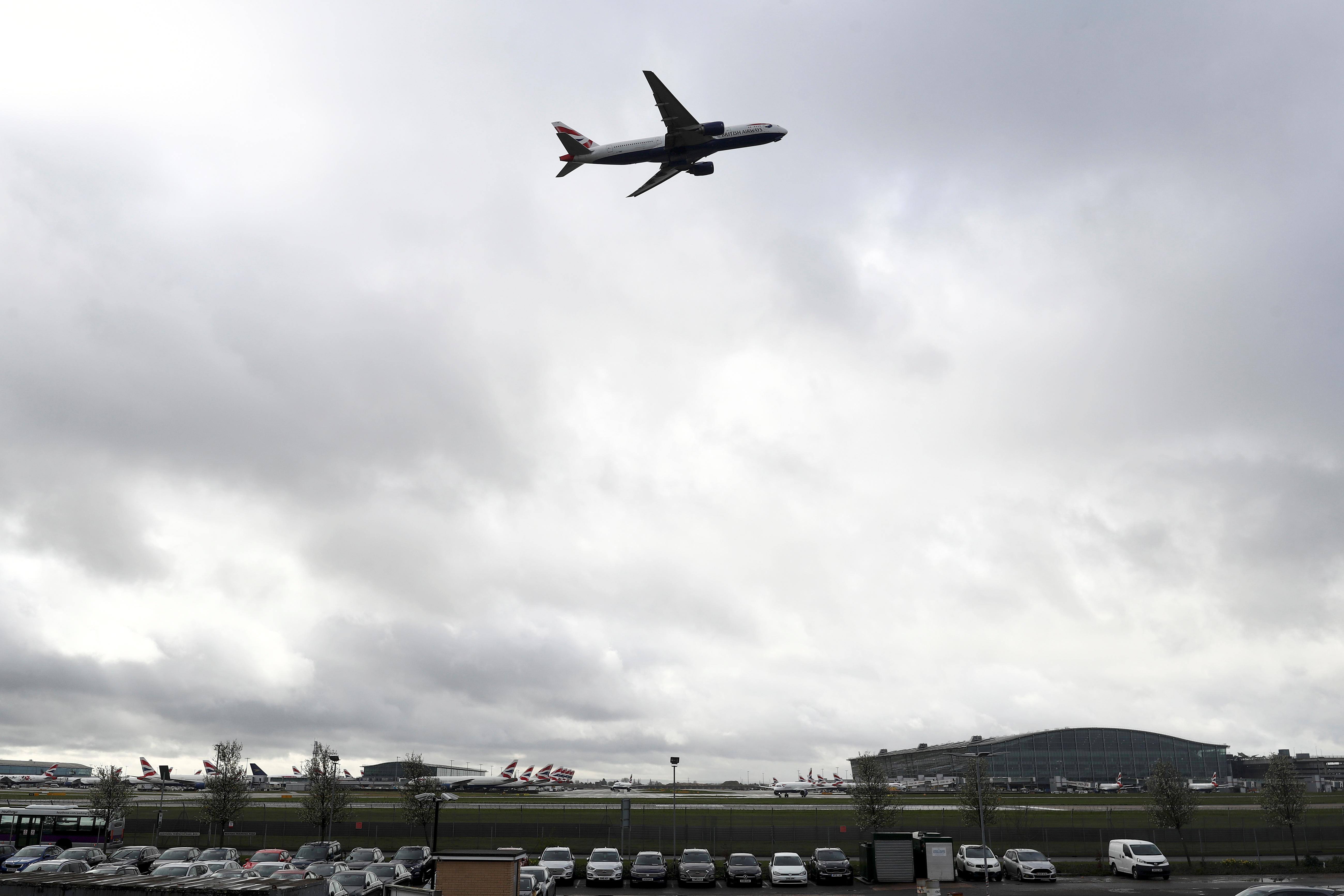 Early on Saturday, the U.S. House of Representatives overwhelmingly passed a coronavirus aid package that would provide free testing and paid sick leave, in a bid to limit the economic damage from the outbreak.

Economists say the impact of the outbreak on businesses could tip the U.S. economy into recession.