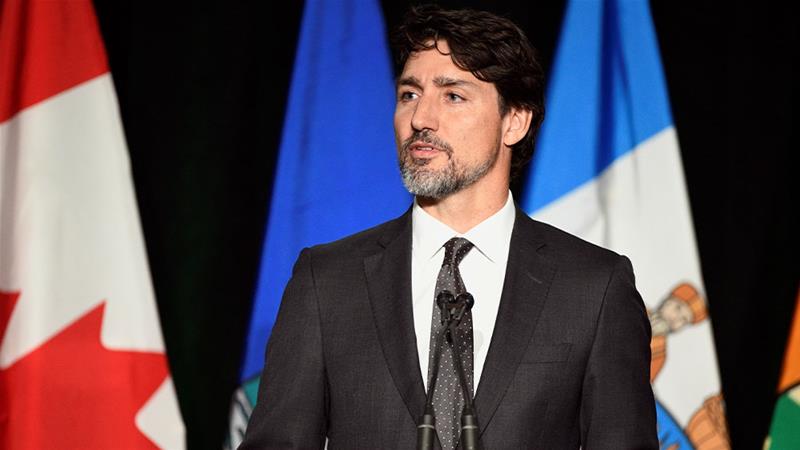 The office of Canadian Prime Minister Justin Trudeau announced on Thursday that he is in self-isolation along with his wife, Sophie Gregoire Trudeau, after she began exhibiting flu-like symptoms upon return from a trip to the United Kingdom.

In a statement, Trudeau’s office said Sophie Gregoire Trudeau began exhibiting the symptoms, including a low fever, late Wednesday night after returning from a speaking engagement in London.

“She immediately sought medical advice, and is being tested for the COVID-19 virus,” the statement said. “She is self-isolating at home awaiting test results, and her symptoms have since subsided.

“The doctor’s advice to the Prime Minister is to continue daily activities while self-monitoring, given he is exhibiting no symptoms himself,” it continued. “However, out of an abundance of caution, the Prime Minister is opting to self-isolate and work from home until receiving Sophie’s results.”

A meeting Trudeau had planned with provincial and territorial premiers will be postponed, the office added, citing the evolving coronavirus situation across Canada.

Canada has seen more than 100 cases of the novel coronavirus, 42 in Ontario, 46 in British Columbia, eight in Quebec and 19 in Alberta.

More than 4,600 people have died and over 126,000 infected globally, according to the WHO. About 68,000 victims have recovered, according to Johns Hopkins University, which is tracking the virus.