Hurricane season has been particularly active in 2020, with Tropical Storm Cristobal becoming the earliest third-named system to form in any Atlantic hurricane season in recorded history. The Gulf Coast consists of the coastline along the south of the United States where they meet the Gulf of Mexico.

Cristobal is currently churning over eastern Mexico and is expected to emerge into the Gulf of Mexico later on Friday.

The system will then make its way towards a northern Gulf Coast landfall by Sunday.

Cristobal’s heavy rain and high surf should begin to reach the Gulf Coast on Saturday. 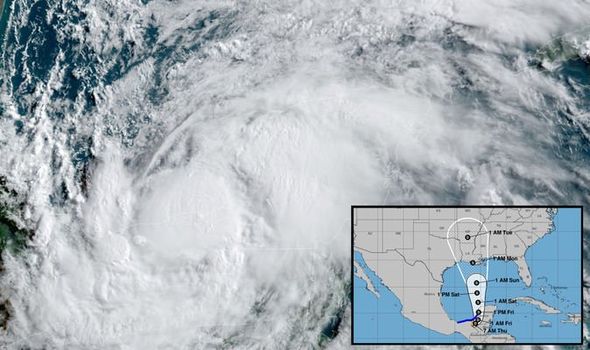 Areas close to the US Gulf Coast such as Texas to Florida are advised to track the progress of Cristobal.

Cristobal was born out of a large system called a Central American Gyre and the leftovers of a Pacific tropical storm.

This gyre and Cristobal will produce torrential rain and could cause life-threatening flooding and mudslides in Mexico and Central America.

The National Hurricane Center (NHC) said: “Damaging and deadly was already occurring in portions of Mexico and Central America. 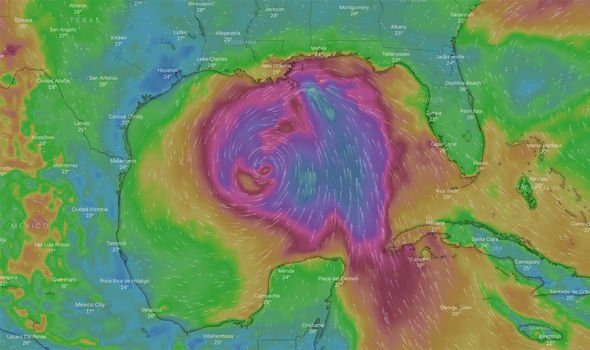 “Cristobal is expected to produce additional extreme rainfall amounts through the end of the week.

“The heaviest additional rainfall is expected over far southern Mexico and portions of the Yucatan Penninsula, while also extending along the Pacific coast from Chiapas to Guatemala and El Salvador.

“This rainfall could cause widespread life-threatening flash floods and mudslides.”

Despite Cristobal being inland, the tropical storm conditions are expected to continue along and near the Mexican coast, particularly over western Campeche, eastern Tabasco and northern Chiapas states. 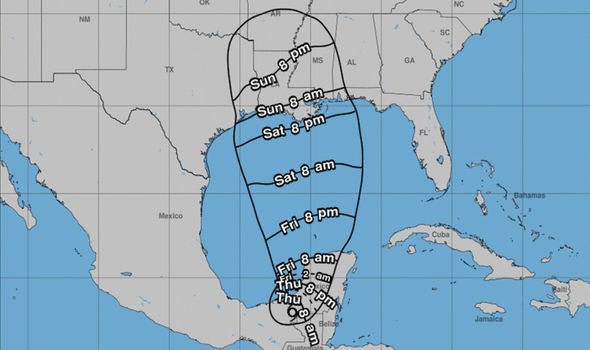 “There is a risk of a storm surge, heavy rainfall and wind impacts beginning over the weekend along portions of the US Gulf Coast from Texas to the Florida Panhandle.

“While it is too soon to determine the exact location, timing and magnitude of these impacts, interests in these areas should monitor the progress of Cristobal and ensure they have their hurricane plan in place.”

Meteorologists at Weather.com have warned that even if Cristobol doesn’t attain hurricane status, it could still have serious impacts. 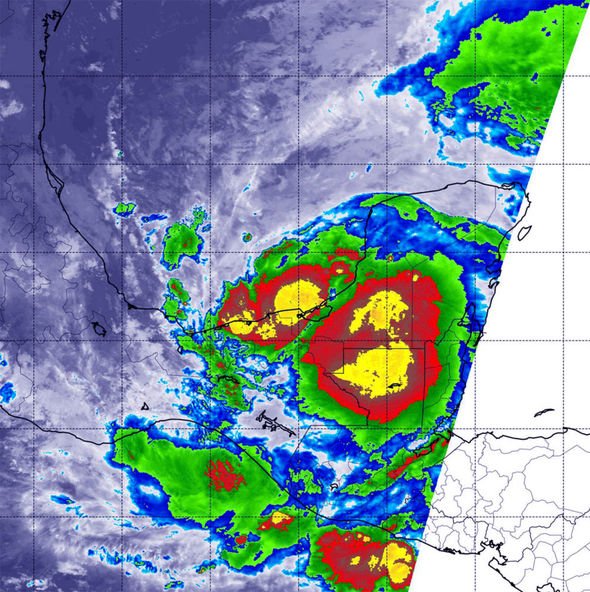 They said: “Cristobal is expected to have a rather large wind field for a tropical storm.

“Furthermore, early-June storms like Cristobal tend to be lopsided, with significant impacts far from the track of the centre.

“In this case, with a northward-moving Cristobal in the Gulf of Mexico, this will spread significant impacts well to the east of the centre.

“This is yet another case where the forecast path will not tell the whole story of impacts.”