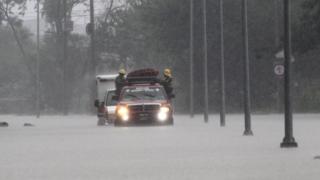 Streets in Monterrey in northern Mexico were flooded by heavy rains from tropical depression Hanna on Sunday.

The US National Hurricane Center has warned that continued rains could trigger flash flooding and mudslides in the the northern states of Coahuila, Nuevo León and Tamaulipas on Monday.

Hanna became the first hurricane of the North Atlantic hurricane season before it was downgraded to a tropical storm.

It made landfall in Texas on Saturday before moving into Mexico. 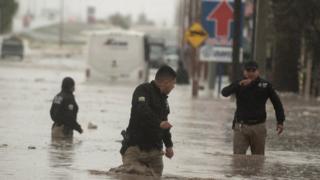 A search continues for an 11-year-old boy who is believed to have fallen into a stream in Monterrey and dragged away by the current. 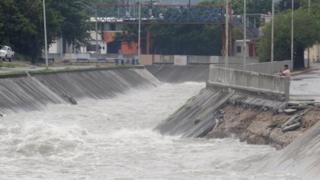 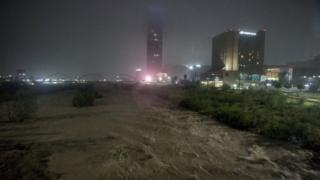 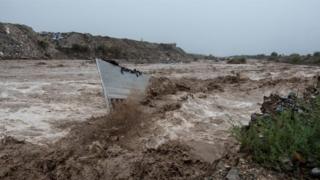 There were power cuts in Monterrey and surrounding areas, while the main highway linking Monterrey with Reynosa had to be closed after a nearby river broke its banks.

You may want to watch:

All pictures subject to copyright.