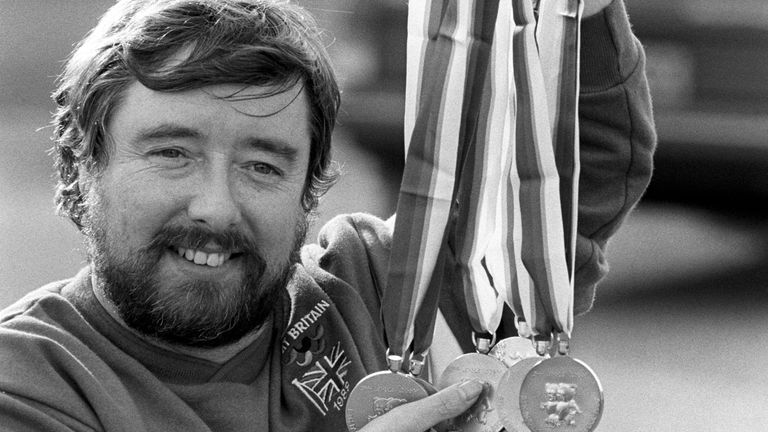 She had already triumphed at these Tokyo Games in the individual pursuit.

Dame Sarah was born without a functioning left hand after her arm became entangled in the umbilical cord in the womb.

She first appeared at the Barcelona 1992 Paralympics as a swimmer, when she was just 14, and took home two golds – as well as three silvers and a bronze.

The serial medal winner has admitted that breaking Mike Kenney’s record is a motivator.

Speaking ahead of Tokyo 2020, Dame Sarah said: “To reach that target – it’s almost a target I didn’t realise I needed – but it’s so close now and it’s really, really exciting to think this opportunity gives me this chance to take it. 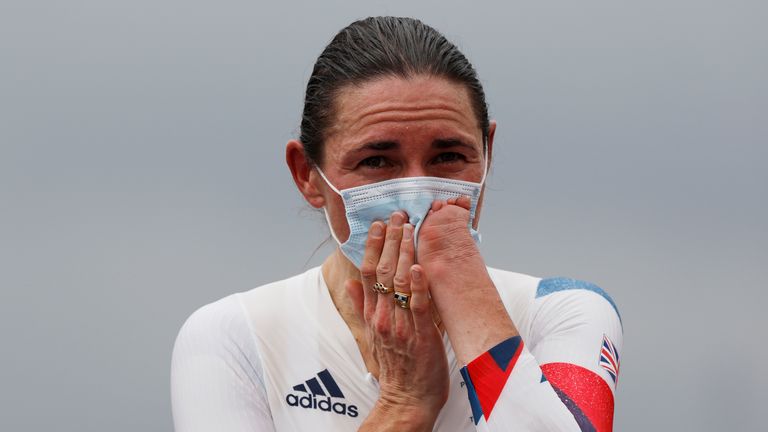 “My biggest motivating factor is really to be the best version of me, to be able to produce my very best performances. But to be able to come out of it with some additional success is obviously hugely motivating.

“I know I will have done absolutely everything to the nth degree and rehearsed and rehearsed to make sure I produce the very best performance that I can, so hopefully the outcome can take care of itself.”

If you include all her medals at the Paralympics, Dame Sarah has 27 gongs in total.

The pandemic hampered her training, and between January 2020 and June 2021, she did not compete.

But the veteran athlete was successful at the world championships in Portugal earlier this year in the time trial and the C5 road race.

She said: “I think the world champs gave me a huge amount of confidence.

“To come out on top and for everything to be probably ahead of where I expected it to be, if I’m honest, was really exciting.

“There’s an element of, ‘Well, I haven’t raced on the track, how’s that going to feel?’ but I’ve always been a huge training animal, right back to my days in the pool.”