WARSAW (Reuters) – Thousands of Ukrainians queued in long lines on Friday at the last three border crossings with Poland that remain open to get to their homeland before Ukraine closes its borders due to the coronavirus pandemic. 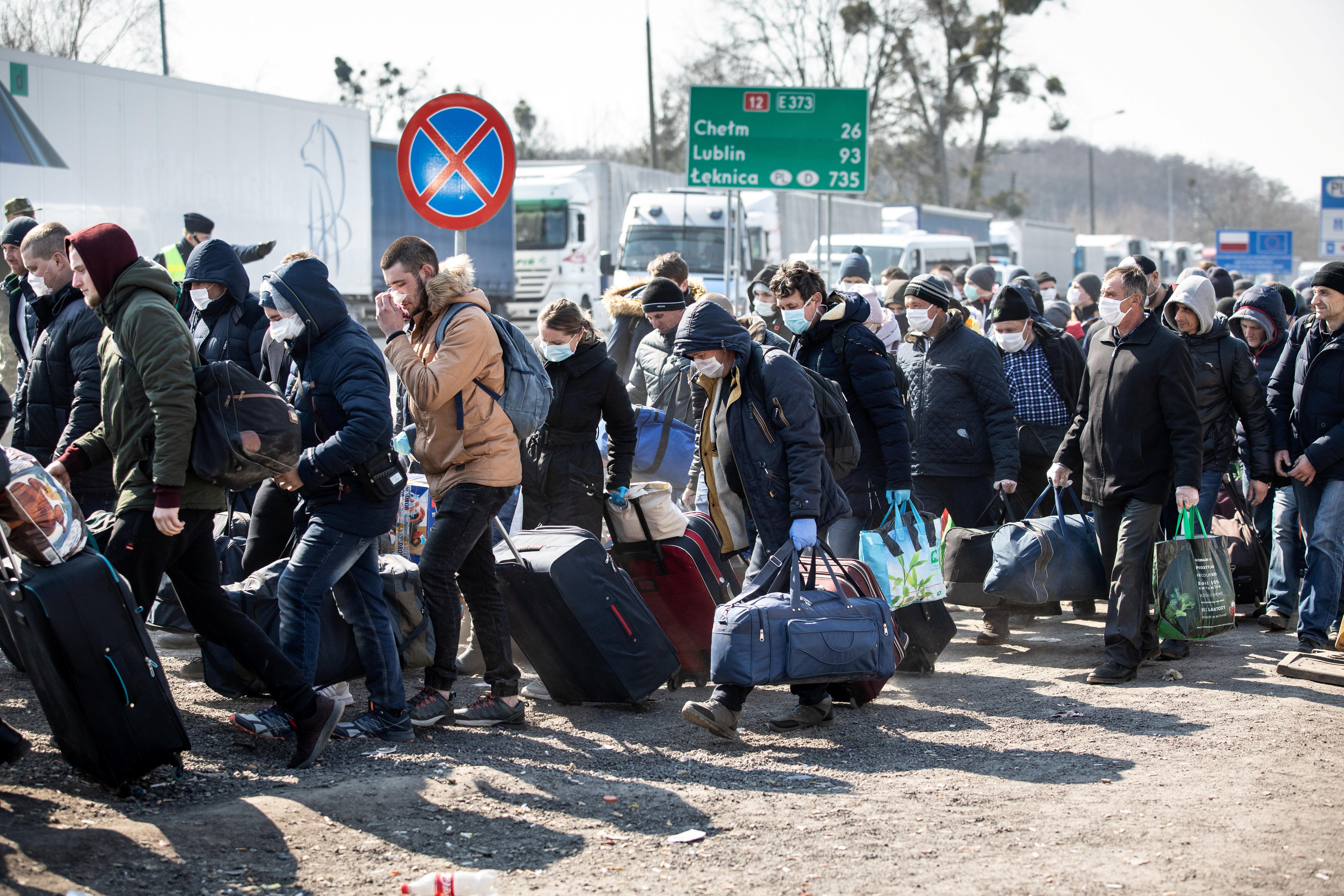 Footage from private broadcaster TVN 24 showed crowds of people, many wearing face masks, waiting outside the railway station in the city of Przemysl to cross the border.

“All this doesn’t meet the Sanepid (Sanitary Epidemiological Service) or Health Ministry recommendations. The expanded restrictions ban gatherings of more than two people, allow only essential travel, and look what you see behind,” the mayor of Przemysl, Wojciech Bakun, said.

Serhyi Tymchuk, a 32-year-old electrician, queued for hours at the border crossing in Korczowa before giving up and returning to his workplace in Leszno, central Poland.

“Frankly speaking, I was shocked by what I saw at the border. … I have not seen such a horror,” he said. “If people had followed the distance rule and stood 1.5 metres away from each other, the line would have reached Krakow.”

Around 3,500 people were lined up at the Korczowa crossing in southeastern Poland, 74 km (46 miles) west of the Ukrainian city of Lviv, to cross the border to Ukraine.

“We are observing an exodus of Ukrainian citizens in recent days with 3,500 to 5,000 people leaving Poland via the Korczowa crossing a day,” said Major Elzbieta Pikor, a regional spokeswoman for the Polish border guard.

Between 1 million and 2 million Ukrainians are estimated to live or work in Poland. Many Ukrainian workers, who plug labour gaps in industries like construction and farming, enter Poland on temporary visas for a few months at a time and then return home.

Poland last week closed its borders to foreigners in an effort to curtail the spread of the coronavirus. And with Ukraine to close its borders, too, on Friday night, many Ukrainians are trying to get home out of fear the border barriers will be closed for good.

The last charter flights carrying Ukrainians returning from abroad are landing on Friday. But authorities in Kiev have said that all citizens coming back from Poland who manage to get to the border will be allowed to cross it entering into Ukraine also after Friday.