BRUSSELS (Reuters) – European Union leaders met on Friday for tense summit talks on a multi-billion-euro plan to breathe life into their economies, their first face-to-face meeting since the coronavirus pandemic plunged the bloc into its latest crisis.

The 27 leaders, all masked up, greeted each other with elbow bumps rather than their customary cheek kisses and handshakes, and there were birthday gifts for German Chancellor Angela Merkel and Portuguese Prime Minister Antonio Costa.

But their display of bonhomie came after weeks of cross-continent quarrelling over the scale and scope of a joint rescue fund. As Merkel went into the talks, due to last two days, she warned that a deal was far from certain.

“I must say that the differences are still very, very big,” she said. “I expect very, very difficult negotiations.”

Dutch opposition and a threat of a Hungarian veto weigh on the chances for a deal on the EU’s 2021-27 budget, envisaged at slightly above 1 trillion euros ($1.1 trillion), and an attached new recovery fund worth 750 billion euros, meant to help rebuild southern economies most affected by the crisis.

The 27 EU heads gathered in a room in the Brussels EU headquarters equipped with hand sanitisers and disinfected headsets. Unusually, as a health precaution, there were no journalists in the building.

Officials said the summit could drag into Sunday if an agreement remains elusive. Luxembourg Prime Minister Xavier Bettel told Reuters he had brought an extra set of clothes just in case.

“THE WORLD IS WATCHING”

With EU economies in free fall, and immediate relief measures such as short-time work schemes running out this summer, the spectre of an autumn of deep economic malaise and discontent is raising its head.

The EU is already struggling with the protracted saga of Brexit and bruised by past crises, from the financial meltdown of 2008 onwards to migration feuds. 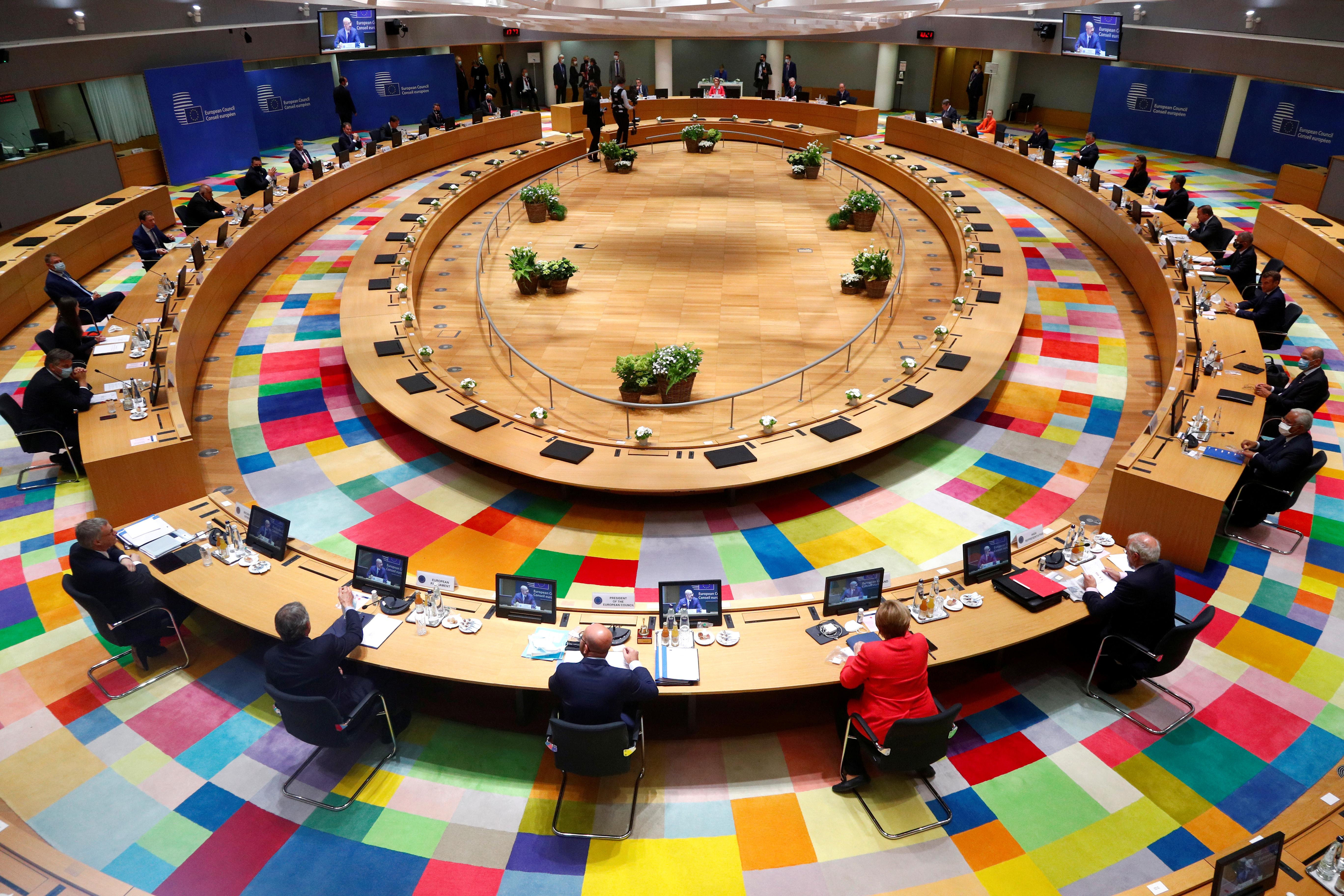 Another economic shock could expose it to more eurosceptic, nationalist and protectionist forces, and weaken its standing against China, the United States or Russia.

“The stakes couldn’t be higher,” European Commission President Ursula von der Leyen said before the meeting began. “The whole world is watching us, (to see) whether Europe is able to stand up united and to overcome this corona-related crisis strongly.”

After months of feuds over medicines, medical gear, border closures and money, the EU has already agreed a half-a-trillion-euro scheme to cushion the first hit of the coronavirus crisis, and narrowed some differences over how to finance kick-starting economic growth over the long term.

Dutch Prime Minister Mark Rutte is the main holdout among a thrifty camp of northern, wealthy countries demanding a smaller overall package, economic reforms as a condition for funds, an expanded vetting process for granting aid, and keeping rebates for net payers to the bloc’s joint coffers.

Countries on the Mediterranean want the recovery financing to come as free grants rather than repayable loans, to prevent their hard-hit economies further bloating already high levels of debt.

“The big picture is that we are faced with the biggest economic depression since World War Two,” Greek Prime Minister Kyriakos Mitsotakis said. “Maybe some compromises will be necessary, but we need … an ambitious solution because our citizens expect nothing less from us.” 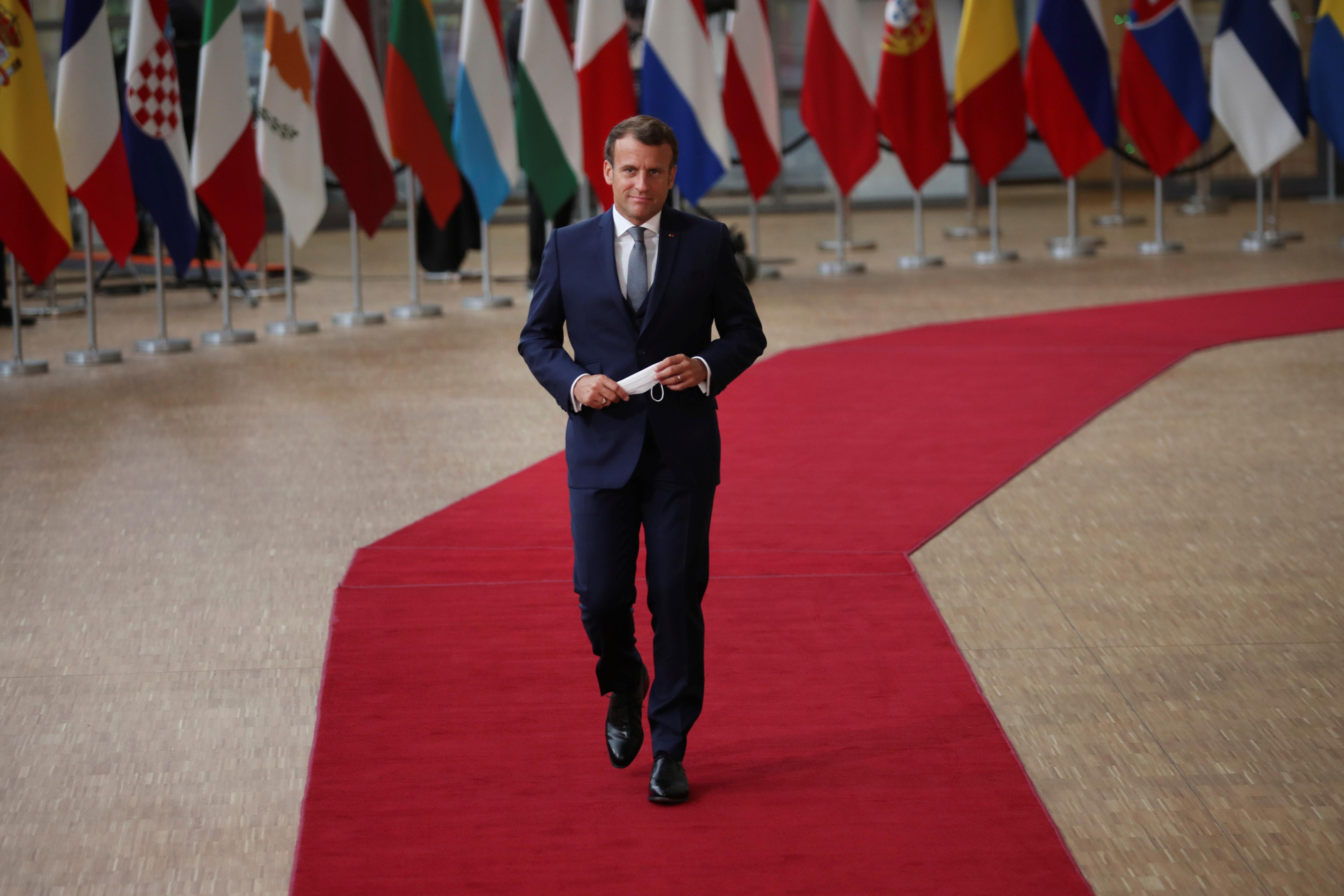 However, Hungary has threatened to veto the whole package over a proposed mechanism to freeze payouts for countries undercutting democratic values.

Among other sticking points are when to make the recovery money available and for how long; how to repay debt to be acquired by the bloc’s executive European Commission to collect these extra funds; and how much should be channelled to green projects that help the EU to meet its emissions targets. ($1 = 0.8787 euros)