BANGKOK (Reuters) – Thailand announced it will close malls in the capital Bangkok as the country reported its largest daily increase in coronavirus infections on Saturday. 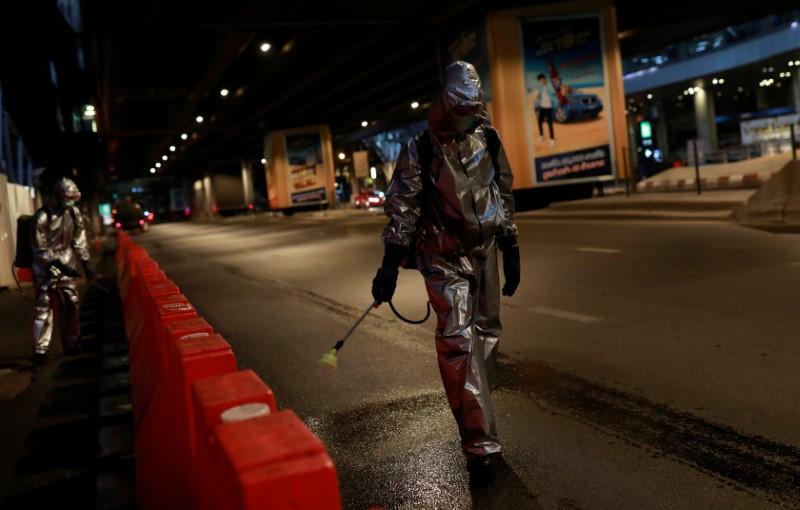 Malls, except for supermarkets, will be closed for 22 days beginning March 22 to April 12 in a bid to curb the outbreak of the coronavirus, Bangkok Governor Aswin Kwanmuang said in a statement.

“For malls, only the areas that sell food and goods that are used in daily life, will be open,” Aswin said in a Facebook live broadcast.

Long queues and crowds of shoppers were seen at a grocery store in downtown Bangkok with their carts full of dried goods, food and medicine.

The governor asked the public not to panic and hoard goods.

“Please don’t be alarmed, I guarantee that you will be able to buy food and goods sufficiently,” he said.

Restaurants will be open for takeout orders and pharmacies will also remain open. The measures come as Thailand reported 89 new cases of the coronavirus on Saturday, bringing its tally to 411, with the majority of cases in Bangkok.The new cases were linked to earlier infections from a boxing match, an entertainment complex and a religious gathering in neighboring Malaysia, Taweesin Wisanuyothin, a Public Health Ministry spokesman, said.

Boxing stadiums, beauty salons and arcades were also included in the closure announcement.

Those found violating the order face up to one year in prison or a fine of up to 100,000 baht.

Bangkok will also extend the closure of schools and bars for another 22 days.

Thai AirAsia is temporarily suspending its international flights from March 22 to April 25.

Thai Lion Air on Friday said it would suspend international and domestic flights from March 25 to April 30.

Of the patients infected, 366 are currently being treated, while 44 have recovered.

Thailand has reported one death in the outbreak.