Who is the Ethiopian diplomat at the heart of the world’s battle to stop the spread of the new coronavirus? 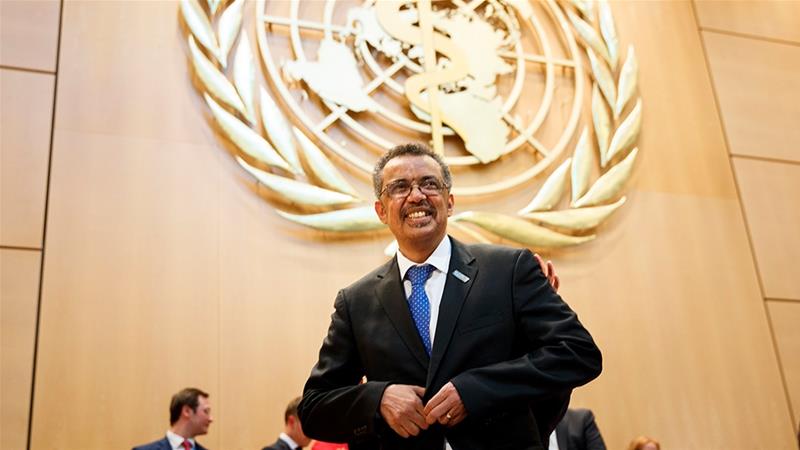 As the new coronavirus continues to spread across the world, one public figure has become familiar to most people: Tedros Adhanom Ghebreyesus.

The Ethiopian in charge of the World Health Organization (WHO) has been leading the fight against the coronavirus, which he labelled last week a pandemic. For months now, he has been providing nearly daily updates on the latest information about the virus, issuing guidance and shaping the response of governments worldwide.

Born in Asmara, Eritrea in 1965, the quietly spoken father-of-five is the first African to become director-general of the United Nations’s health agency.

Tedros was elected to the post in May 2017 on a five-year-term promising to transform the agency, tackle emergencies and prioritise universal coverage.

He did not have to wait long to face his first test.

When he took over as WHO chief, the world was still reeling from a devastating Ebola outbreak which claimed more than 11,300 lives in West Africa. But another outbreak of the viral disease soon took hold; this time in the Democratic Republic of the Congo (DRC).

More than 2,200 people have died since the DRC declared an Ebola outbreak in August 2018, the tenth in its modern history. The last Ebola patient in the DRC was discharged from a medical facility earlier this month, bringing the nearly two-year outbreak closer to an end.

By that time, however, another outbreak had monopolised global attention: the SARS-CoV-2 virus that was first detected late last year in Wuhan, the capital of China’s Hubei province. As of March 17, the virus has spread to some 150 countries, infecting more than 170,00 people and causing 7,019 deaths.

“We have a simple message to all countries – test, test, test,” Tedros told reporters in Geneva on Monday, describing the pandemic as “the defining global health crisis of our time”.

Before taking charge of WHO, he had risen through the ranks of the Ethiopian government, first under Meles Zenawi and then Hailemariam Desalegn – leaders with questionable human rights records.

He held the ministry of health portfolio from 2005 to 2012, during which period he was praised for transforming Ethiopia’s health sector and making healthcare accessible to millions in Africa’s second most-populous nation.

But a leading global health expert, an adviser to a rival candidate for the WHO’s top job, alleged that Tedros had covered up three cholera epidemics in the East African country, with his opponents claiming that he had discouraged media from covering the cases. Tedros denied the accusations, calling them a “last-minute smear campaign” ahead of the election for the new director-general.

During this time, rights groups such as Human Rights Watch and foreign officials accused the government in Addis Ababa of killing hundreds of protesters and displacing thousands more, as well as jailing and torturing political opponents and media workers.