China's invasion of Taiwan a 'much tougher task' than Hong Kong

Taiwan and China have been under the spotlight this week as experts warn Beijing could soon invade the island nation. Oriana Skylar Mastro, a fellow at Stanford University, made one such chilling prediction as tensions peaked after US speaker Nancy Pelosi touched down in Taipei, Taiwan’s capital. It was unclear whether the Democrat would stop off at Taiwan on her Asia tour, having come up against resistance in the US, including from President Joe Biden. This did not stop her, however, and her military plane landed in the capital on Tuesday evening.

China warned the US against any such visit, saying it would be “playing with fire” to involve itself in the issue.

Many have suggested that Taiwan would have no chance against China in the event of an invasion, like Ms Mastro, who told the New York Times: “When people talk about whether or not China can or cannot do it, they’re actually talking about something different, the level of operational cost — the loss of ships, casualties — that China would have to pay to do it. They could do it.

“It’s just that given Taiwan’s defences and given if the US is able to come to Taiwan’s aid, how much of a blood battle is this going to be?”

Beijing’s military far outweighs that of Taiwan, and statistics from The Military Balance 2022 IISS show just how big an advantage China would have in any future conflict

China’s military, known as the People’s Liberation Army (PLA), has a total of two million active soldiers to Taiwan’s mere 169,000. 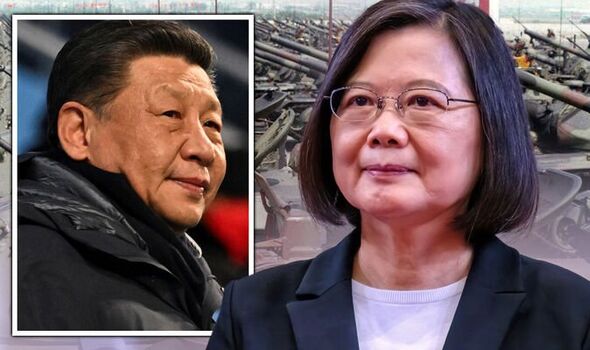 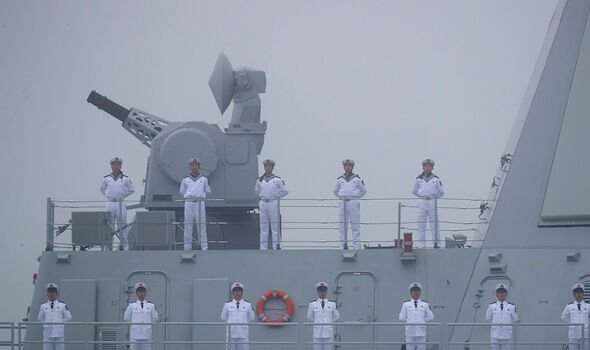 At sea, Taiwan’s 26 naval ships would be forced to take on China’s 86 – a battle that could be key given the fact that much of the PLA’s invasion would arrive on water.

China is also superior when it comes to its huge stock of military hardware, boasting more than 5000 tanks to Taiwan’s 650.

And in the air, China reigns supreme with 3200 aircraft – Taiwan only boasts just over 500.

While the gulf in military might is obvious, Taiwan has taken steps to prepare for the worst case scenario. 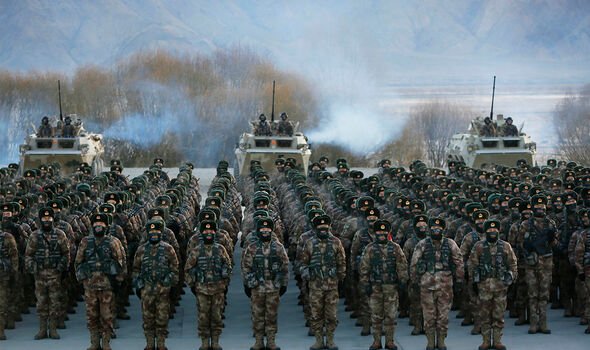 In January, the country’s parliament passed an extra spending bill worth up to £7billion, taking the overall defence budget for 2022 to a record £14billion.

The investment is aimed at bolstering Taiwan’s forces with precision missiles and high-efficiency naval ships, its government said.

Another cause for optimism for the Taiwanese is the ongoing Russian invasion of Ukraine.

While Moscow’s attack on its neighbour will have been concerning to the people of Taiwan, Ukraine’s resilience against a larger military force could provide a blueprint for defence.

Director of the CIA in the US, Bill Burns, said last month that China could bring forward its invasion plans in light of the situation in Ukraine.

He said: “The risks of that become higher, it seems to us, the further into this decade that you get.

DON’T MISS
POLL: Should the US back down in Taiwan after China’s warning? [INSIGHT]
China plotting ‘to punish’ Taiwan in message for US to stand down [ANALYSIS]
Why does China want to invade Taiwan? Real reason Beijing is furious [INSIGHT] 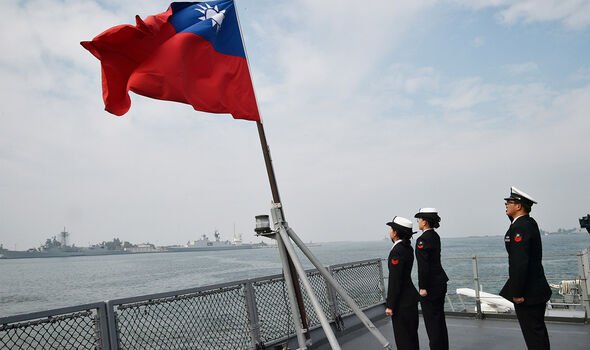 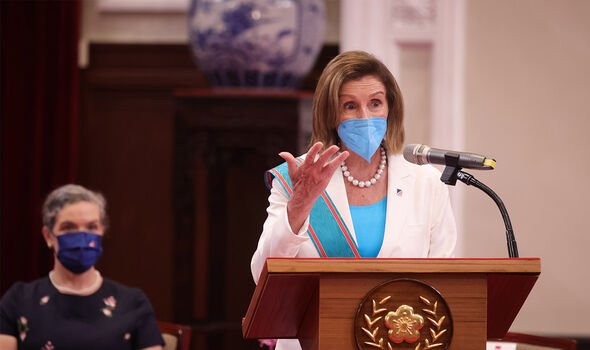 The US has thrown its weight behind Taiwan this week as Ms Pelosi visited the country despite military and economic reprisal warnings from the Chinese government.

In an animated tirade, he also accused the US of “violating China’s sovereignty” and said Taiwan was “rising on the US’s coat tails”.

He added: “Those who play with fire will perish by it and those who offend China will be punished.”

During her visit, Ms Pelosi expressed clearly that the US is willing to support Taiwan.

She said: “It’s really important for the message to be clear.

“[The US] is committed to the security of Taiwan … but it’s about our shared values of democracy and freedom and how Taiwan has been an example to the world.

“Whether there are insecurities of the president of China relating to his own political situation I don’t know.”