A stowaway hidden in the landing gear compartment of a plane survived a flight from Guatemala to Miami.

The man was seen in a video sitting on the tarmac by an American Airlines plane as he looked dazed while ground crew personnel gave him water.

Wearing jeans, a T-shirt, jacket and boots, he appeared otherwise unharmed in the footage, attributed to the social media page “Only In Dade”. 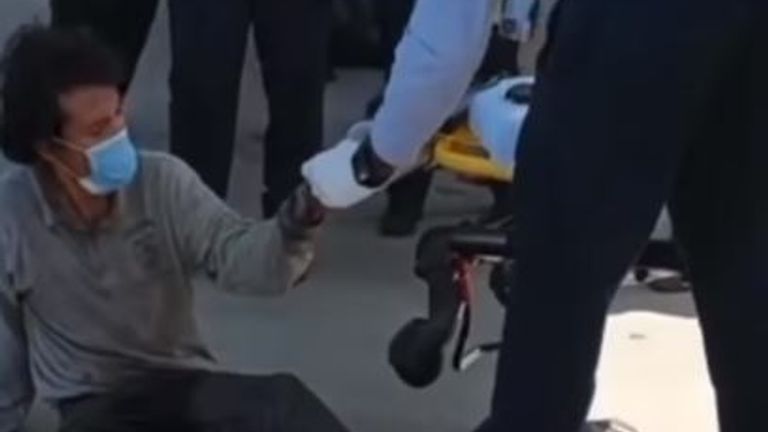 The US Customs and Border Protection (CBP) agency confirmed the man is 26-years-old and was taken to hospital after surviving the two and a half hour trip from Guatemala City to Miami.

“US Customs and Border Protection officers at Miami International Airport apprehended a 26-year-old man who attempted to evade detection in the landing gear compartment of an aircraft arriving from Guatemala Saturday morning,” the CBP statement said.

“The individual was evaluated by emergency medical services and taken to a hospital for medical assessment.

“This incident remains under investigation.”

American Airlines said Flight 1182 arrived in Miami shortly after 10am local time (3pm GMT) on Saturday and “was met by law enforcement due to a security issue”.

The airline gave no further details, except to say it was assisting in the investigation. 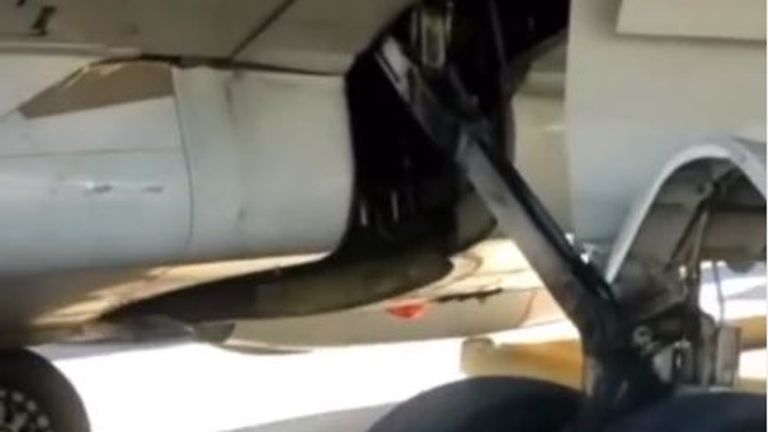 An immigration lawyer told local media the stowaway would be detained by CBP while facing an expedited removal order.

Pilot Willard Shepard, also a journalist with Sky News affiliate NBC, said based on the flight data, temperatures in the gear well dropped by about 38C.

“So this person was in there a time period probably about two hours, where they were subjected to sub-zero temperatures,” he said.

A large percentage of about 1.7 million migrants apprehended or expelled by US border agents over the past year have been Guatemalan, with many fleeing violent gangs and poverty. 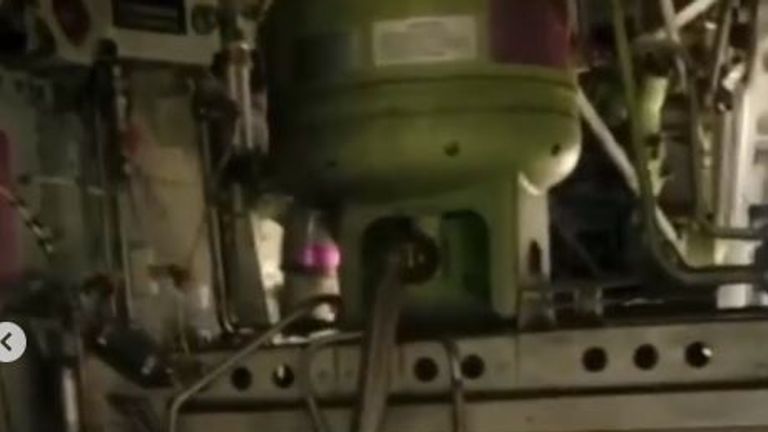 The Federal Aviation Administration said 129 people have attempted to stow away in the landing gear compartments or other areas of commercial aircraft worldwide since 1947.

Only 29 have survived, with 100 dying of injuries or exposure.

In April 2014, a 16-year-old boy who ran away from home survived five hours in the wheel well of a plane flying from California to Hawaii. In 2015, Themba Cabeka, now called Justin, survived stowing away in the wheel well of a British Airways flight from South Africa to London’s Heathrow Airport.

He experienced temperatures of -60C, was burned by metal bars inside the well and fell partially unconscious due to a lack of oxygen before being thrown from the plane when it landed.

The Mozambican had to have his leg amputated and was placed in a coma for six months.

However, his friend, Carlito Vale, fell from the aircraft as it came in to land at Heathrow and his body was found on a roof under the flight path in Richmond.