A fire-stricken cargo ship carrying tonnes of chemicals is sinking off the coast of Sri Lanka, sparking fears of an enviromental disaster.

Singapore registered MV X-Press Pearl was anchored and waiting to enter the port in Sri Lanka‘s capital, Colombo, when a fire broke out on 20 May.

The ship was carrying 1,486 containers, including 25 tonnes of nitric acid and other chemicals and cosmetics. 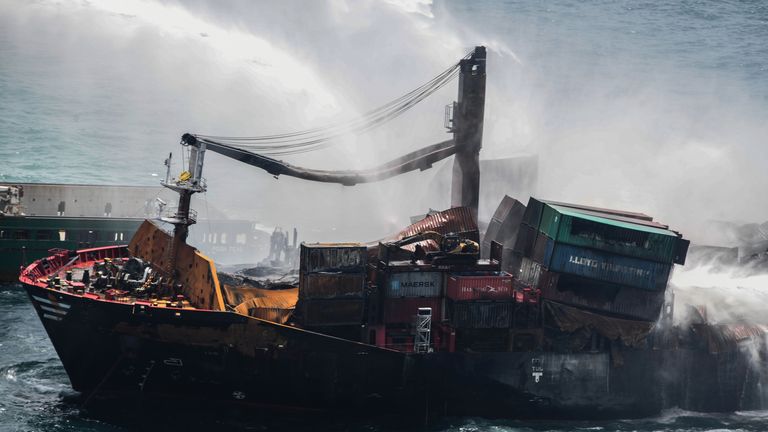 Authorities have been tackling the blaze for over two weeks and were towing the ship into deep water when it began sinking, a day after the blaze was extinguished.

If it sank at its current position off the port of Colombo it would cause severe pollution, navy spokesperson Indika de Silva said.

The government has banned fishing along an 80km (50 miles) stretch of coastline, affecting 5,600 fishing boats, while hundreds of soldiers have been deployed to clean beaches.

The navy believes the fire was caused by the chemicals being transported on the vessel. 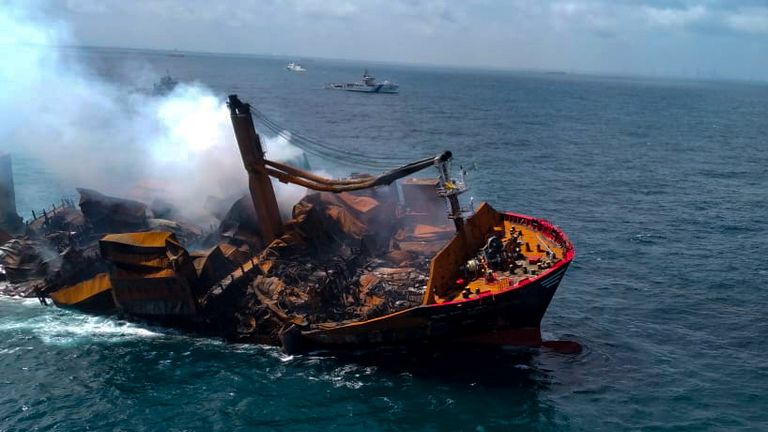 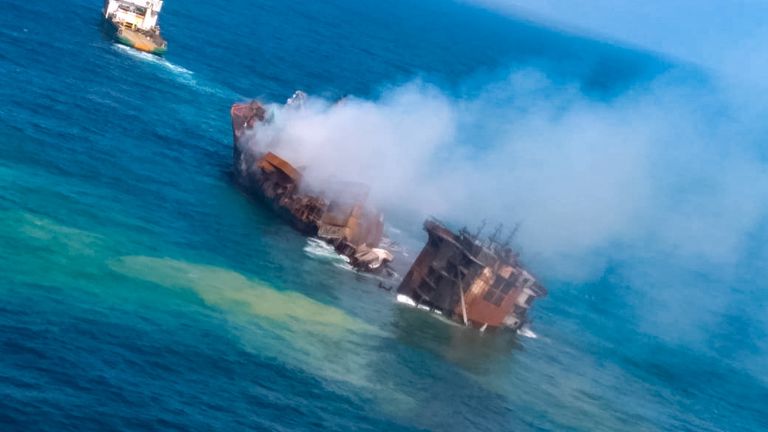 Most of the ship’s cargo was destroyed in the fire, polluting surrounding waters and a long stretch of the island country’s beaches.

Plastic pellets from the ship have also washed up on the coastline.

Sri Lankan police are probing the fire and a court in Colombo on Tuesday imposed a travel ban on the captain, the engineer and the assistant engineer from leaving the country.

The government has said it will take legal action against the owners of the ship to claim compensation.

The vessel’s 25-member crew, including nationals from the Philippines, China, India and Russian, were evacuated last week after an explosion.