Speculation is growing in Tanzania about the mystery whereabouts of the country’s coronavirus-denying president after he failed to appear in public for more than a week.

John Magufuli was last seen on 27 February at his secretary of state’s swearing-in ceremony at the State House government offices in Dar es Salaam.

Politicians in Tanzania and neighbouring Kenya have suggested he may have fallen ill after his chief secretary John Kijazi died last month.

His disappearance is unusual as he is well known for his public addresses on state television several times a week.

Kenyan newspaper The Nation reported on Wednesday that Mr Magufuli had been flown to a hospital in Nairobi and was being treated by medics there. 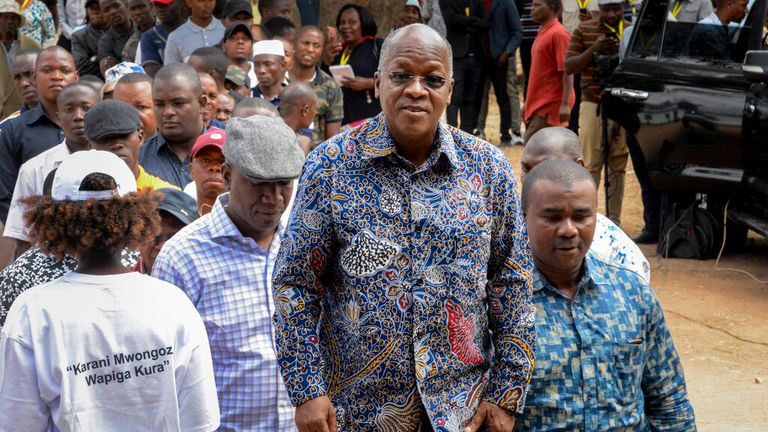 The report only cited anonymous government sources, and a spokesman for the Kenyan government said he had no knowledge of the Tanzanian leader being in Kenya.

Mr Magufuli has become notorious for his views on COVID-19.

In June last year, he declared the country of 60 million people “free” of the virus after three days of prayer. 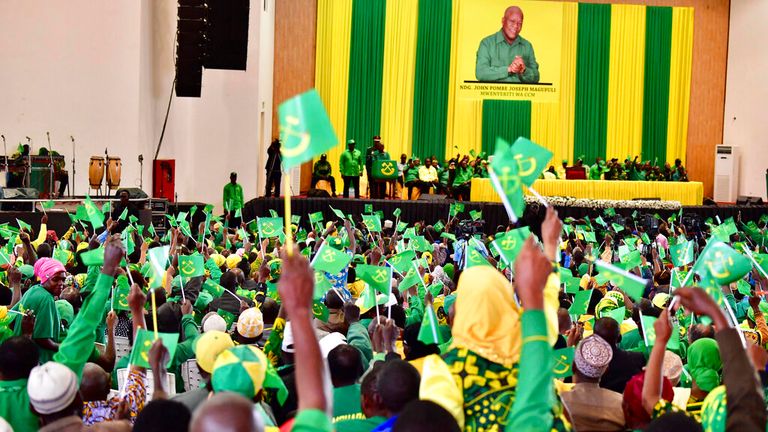 What has Tanzanian President John Magufuli said about coronavirus?

But the president insisted it could not harm the country’s Christian population.

“Coronavirus, which is a devil, cannot survive in the body of Christ… It will burn instantly,” he told a church in the capital of Dodoma on 22 March.

Mr Magufuli has condemned preventative measures such as closing shops and restaurants, and practising social distancing.

Determined to keep the economy going, he said: “We have had a number of viral diseases, including AIDS and measles. Our economy must come first. It must not sleep… Life must go on.”

When a large delivery of testing kits arrived in Tanzania, Mr Magufuli quickly dismissed them as faulty, claiming they had returned positive results on samples from goats and pawpaws.

He also believes vaccines do not work, claiming: “Vaccines are not good. If they were, then the white man would have brought vaccines for HIV/AIDS.”

Instead, he has said inhaling steam and eating maize and potatoes can cure COVID.

“We will also continue to take health precautions including the use of steam inhalation,” he told supporters.

“You inhale while you pray to God, you pray while farming maize, potatoes, so that you can eat well and corona fails to enter your body. They will scare you a lot, my fellow Tanzanians, but you should stand firm.”

He also endorsed the use of a plant-based treatment developed in Madagascar, which claims to treat COVID with sweet wormwood.

“We will send a plane to bring the drugs so that Tanzanians can also benefit,” Mr Magufuli announced in May.

Scientists later warned it risked making malaria in the region resistant to drugs.

What have people said about John Magufuli and where he might be?

He suggested he had flown to Nairobi for hospital treatment.

“It’s a sad comment on his stewardship of our country that it’s come to this: that he himself had to get COVID-19 and be flown out to Kenya in order to prove that prayers, steam inhalations and other unproven herbal concoctions he’s championed are no protection against coronavirus,” he wrote.

Another politician, who asked to remain anonymous, said he has spoken to people close to the president who said he is seriously ill and in hospital.

Kenyan newspaper The Nation has reported the president is in hospital in Nairobi, but spokesmen for both the Kenyan and Tanzanian governments failed to confirm the claims.

Recently some top Tanzanian officials have died and at least one was reported to have died from COVID.

Until recently Mr Magufuli had claimed the country was free of the virus.

But on 10 February the US embassy warned of a significant increase in the number of cases.

On 17 February, the first-vice-president of Zanzibar, Seif Sharif Hamad, died after his party announced he was ill with COVID.

Days later on 21 February, Mr Magufuli admitted that Tanzania had a coronavirus problem, which was his first public acknowledgement of the virus since he claimed it had disappeared in June last year.