MADRID (Reuters) – Madrid’s streets were eerily quiet on Monday as Spaniards spent their first working day under a state of emergency which a minister said will need to be extended beyond the two weeks initially envisaged. 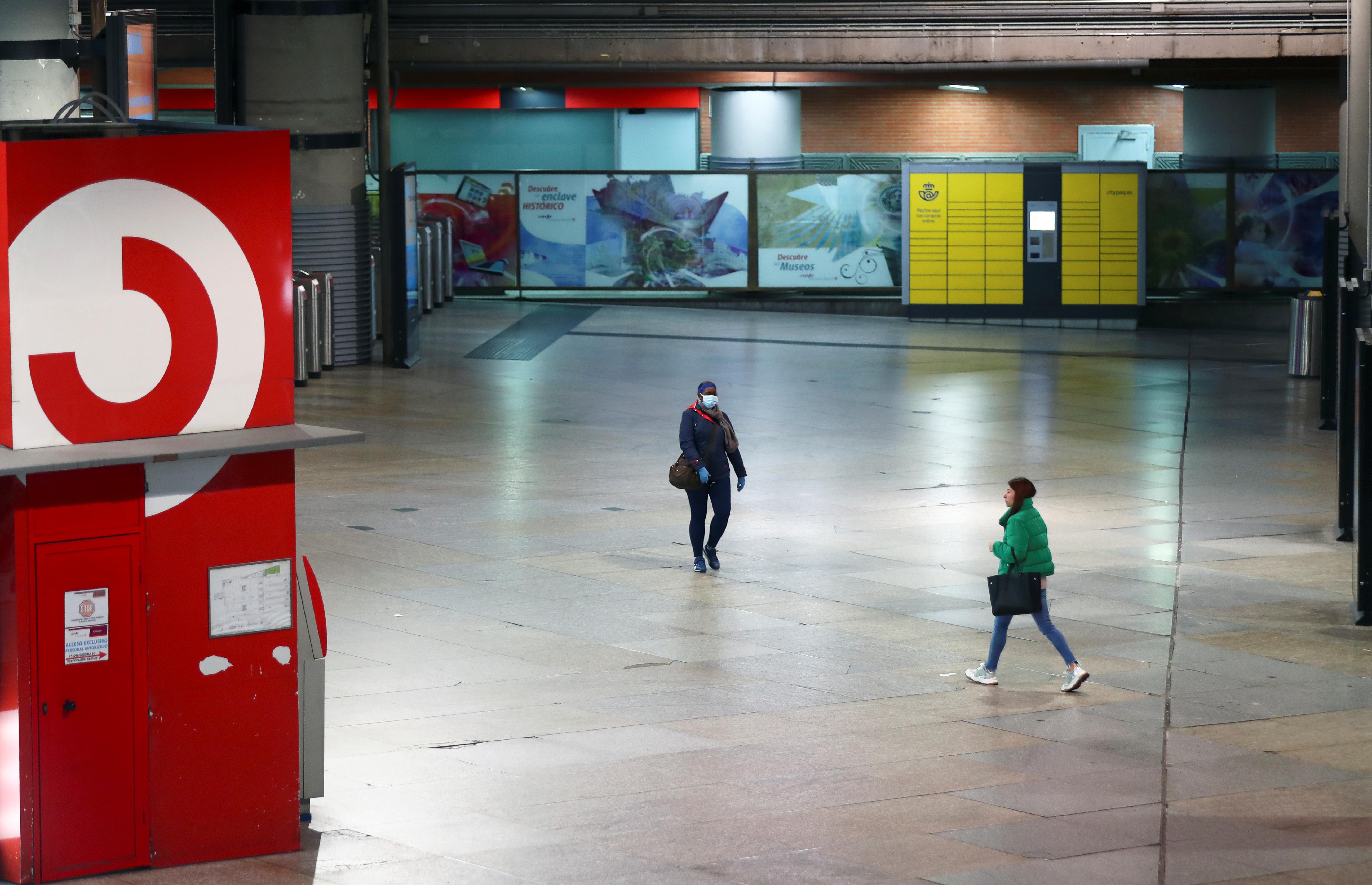 The government is also mulling whether to close borders to stem the contagion in Spain, which has Europe’s highest incidence of coronavirus after Italy.

Spain’s 47 million people have been under partial lockdown since Saturday night, allowed to leave their homes only to go to work, buy food or visit a pharmacy or hospital. Out of the few people walking in largely deserted streets in Madrid or using the near-empty metro on Monday morning, many wore masks.

More than 1,000 troops have been deployed across the country to police the lockdown, telling people to go home unless they have a good reason to be outside.

“Obviously we will have to extend this situation…in 15 days I do not think that we will be in a position to win this battle,” Transport Minister Jose Luis Abalos told RNE radio.

Abalos said it remained to be seen which measures would be prolonged.

The government has taken widespread measures including using drones to send public messages telling people to go home, but it has not closed its borders so far, with tourism suspended at its border with Portugal but workers allowed through.

But Interior Minister Fernando Grande-Marlaska told Cadena Ser radio that closing Spain’s borders was now among the options under consideration.

“It’s a possibility, of course, it’s a real option to fight against the spread of the virus,” he said.

The cabinet will meet on Tuesday to discuss how to tackle the economic fallout from the pandemic and the widespread closing down of shops, after failing to agree on a packet of measures over the weekend.

On Sunday, Health Minister Salvador Illa said private healthcare facilities will be transferred to the national health system to strengthen the nation’s response to the infection.

Spain has the fourth-highest number of coronavirus cases in the world behind China, Italy and Iran. The government’s official coronavirus death toll rose to 297 on Monday, with 8,744 confirmed cases of infection.

Spaniards have nonetheless shown solidarity in confronting the epidemic. In Madrid and other cities, people have come out on their balconies in the evening to applaud health workers.

In the northeastern city of Pamplona on Sunday evening, people on balconies showed their support by singing traditional Basque songs.

Schools across the country are closed, keeping millions of children at home, while army specialists in protective suits spray disinfectant in train stations and a growing number of car plants close, either because of supply problems or coronavirus cases.

Major festivals have also been canceled, including Valencia’s las Fallas this month and Sevilla’s famed Holy Week processions in April.

The Chinese embassy in Madrid said Beijing will send protective equipment and medical devices and is considering sending medical personnel to reinforce the Spanish health service.