MADRID (Reuters) – Spanish authorities promised to take special measures to prevent more deaths from coronavirus in nursing homes after cases of mass contagion there swelled the country’s death toll to 767 on Thursday, 209 more than the previous day. 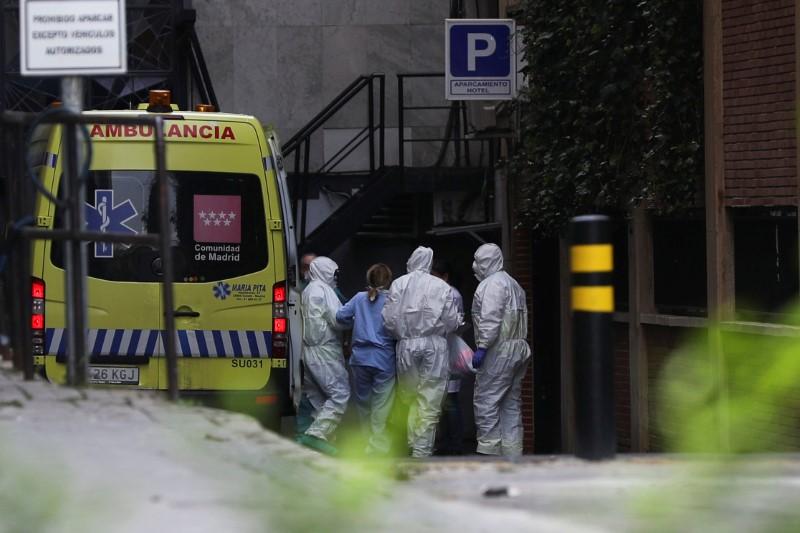 The government also promised that no one in a “difficult situation” would have home utility services cut for nonpayment.

With 17,149 total cases, up by a quarter from Wednesday, Spain is the second worst-hit country in Europe after Italy, and the government has imposed a state of emergency that largely bars people from all but essential outings.

Authorities said 49 people had been arrested for flouting the bans in the past few hours.

“The toughest moments are still to come, those moments when we will continue to see an increase in the number of cases,” Health Minister Salvador Illa said.

Deputy Prime Minister Pablo Iglesias said that nursing homes had to be urgently equipped with proper medical facilities and staff, calling it “an absolute priority.”

Prosecutors in Madrid, the epicenter of the country’s epidemic, opened an investigation on Wednesday into more than 17 coronavirus-related deaths at a nursing home where patients had been locked down without access to hospital care.

Other similar cases were reported elsewhere and the prosecutor general’s office said on Thursday it was also looking into the issue. The technical nurses union said that staff at nursing homes do not have enough gloves and masks.

The authorities did not say how many people had died in nursing homes in total.

Fernando Simon, the head of the health emergency center, said Spain was “probably slowly approaching the peak of cases.”

The epidemic continued to hammer the labor market with IAG’s Iberia airlines proposing temporarily laying off up to 90% of its flying staff for three months, and carmaker Nissan saying it would indefinitely send home up to 3,000 workers.

In downtown Madrid, the Ayre Gran Hotel Colon that had offered to host patients with mild symptoms from an overcrowded hospital nearby, opened its doors on Thursday after fitting its rooms with medical equipment. Hotels in Madrid have offered 60,000 beds to the health service, authorities said.

Several thousand troops have been deployed in dozens of cities across Spain to help with decontamination efforts, triage and policing. Army units were deployed for the first time on Thursday in the independence-minded region of Catalonia, for disinfection tasks at Barcelona’s airport and port.

Road traffic has fallen to one-tenth from the same period in 2019, air traffic by more than a half, while medium- and long- distance trains had only a 2% occupancy, he said. 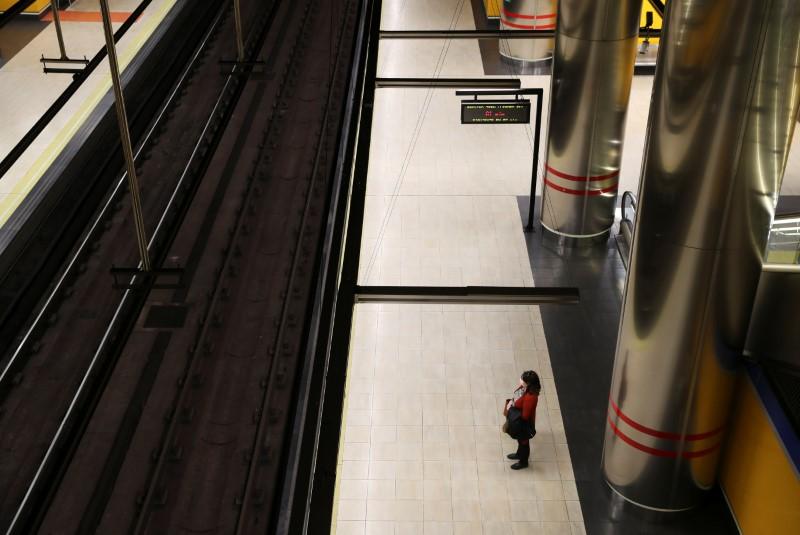 In an interview with Antena 3 TV, Economy Minister Nadia Calvino called for an EU-wide fiscal response, after praising the latest European Central Bank’s bond purchase scheme to help blunt the impact of the disease

Prime Minister Pedro Sanchez on Wednesday predicted an economic slump this year in Spain, although he said a 200 billion euro ($220 billion) package of measures to help companies and protect workers and other vulnerable groups could bolster a swift recovery.