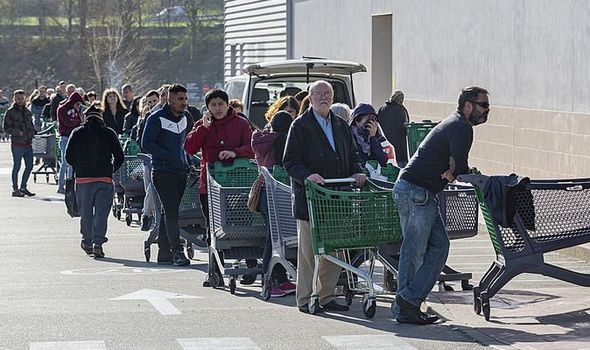 French Prime Minister Edouard Philippe urged people to work from home and only go out to restock supplies and vote in weekend local elections.

The 47 million in Spain will be told to stay at home unless they need to buy food, go to the pharmacy, to the hospital or have to deal with a crisis.

Confirmed cases in the country have shot up by more than 1,500 in 24 hours to 6,313, with the death toll hitting 193. It’s the ­second-highest number of cases in Europe after Italy.

At least five Jet2 aircraft heading for Spain from the UK turned back yesterday morning, as details of the restrictions emerged.

A Jet2 spokesman said: “In response to local measures introduced throughout Spain to prevent the spread of Covid-19 – including the closure of bars, restaurants, shops, and activities including any water sports – we have taken the decision to cancel all flights to mainland Spain, the Balearics and Canary Islands.”

Around the country, panic buying saw long queues form at supermarkets and stores.

Health authorities in Madrid, which has 2,940 confirmed cases and 133 deaths, had already urged people to stay at home as those with only mild symptoms were no longer being tested in the city. 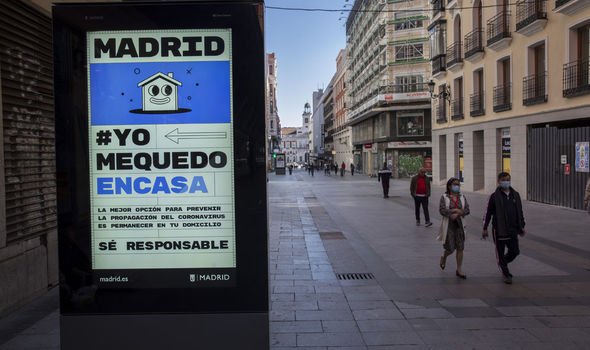 In Lombardy, the country’s hardest-hit area, medical sources confirmed Covid-19 is affecting 15 percent of the population, with a six percent mortality rate.

With cases increasing across the Continent, the European Union urged member states to implement health screening at borders.

Meanwhile, all Ryanair Group flights – including Buzz and Lauda – to and from Poland were cancelled until the end of the month, as that country was also put in lockdown. A Ryanair spokesman said: “This is a fast-­moving, complex situation and the safety and wellbeing of our people and customers is our main priority.”

In the US, Pres­­ident Donald Trump prepared to add the UK and Ire­­land to his European travel ban from tomorrow night. Mr Trump yesterday, below, wearing a USA baseball cap, said: “They have had a little bit of activity, unfortunately, so we are going to be looking at that.” 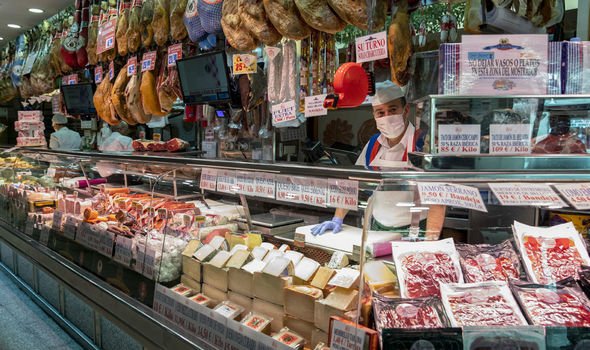 A Downing Street spokesman said it was a decision for the US. He added: “We continue to coordinate closely with the US and other international partners on the global response to coronavirus.”

Mr Trump also confirmed he had a coronavirus test on Friday but had not yet received the results.

Senior members of his campaign team feared that his handling of the crisis will cost him a second term in the White House.

The US death toll was 55, with 2,499 cases yesterday and a consultant said: “If Trump hasn’t taken drastic, draconian action to curb this by Monday the election is lost. I mean, how could we win if 400,000 Americans die because of this which, according to some experts, is the best-case scenario.”

As more countries closed borders and advised citizens against travel, fights broke out in Manila when passengers tried to get on flights out of the Philippines.

In China the lockdown in Hubei, the outbreak’s epicentre, has eased with 13 deaths and 11 new cases on Friday.