Snow and ice weather warnings were issued this week by the Met Office in response to the forecasts of heavy snow and ice, as well as plummeting temperatures across the country. Several Britons have been left unable to get food deliveries in the wake of the snow which has blanketed many regions. Express.co.uk has compiled a guide to explain where it is expected to snow in the coming 24 hours.

The Met Office this week issued several weather warnings for snow and ice.

The forecaster warned snow and ice may bring some disruption from later on Tuesday through into Thursday morning.

The warning is in force from 3pm on Tuesday until 11am on Thursday.

The Met Office warning advises roads may be impacted by the snow and ice causing longer journey times and untreated ice patches may cause treacherous road conditions and make slips more likely. 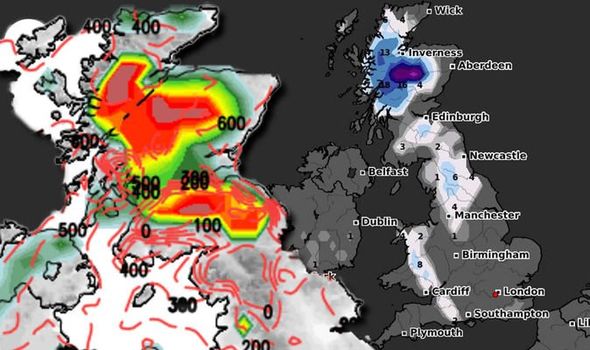 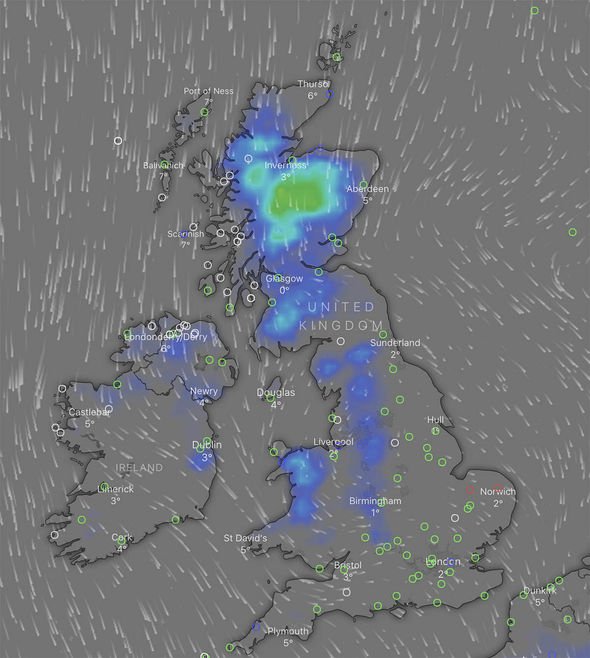 The warning was updated earlier on Wednesday, with the area extended until late Thursday morning.

The warning reads: “Northerly winds will bring further showers of rain, sleet and snow across the north of Northern Ireland as well as northern and western Scotland.

“Snow accumulations will mostly be confined to ground above 100m away from coasts, but some temporary slushy deposits are possible to low levels at times.

“Ice will form readily as temperatures quickly fall away rapidly through both Tuesday and Wednesday evenings.” 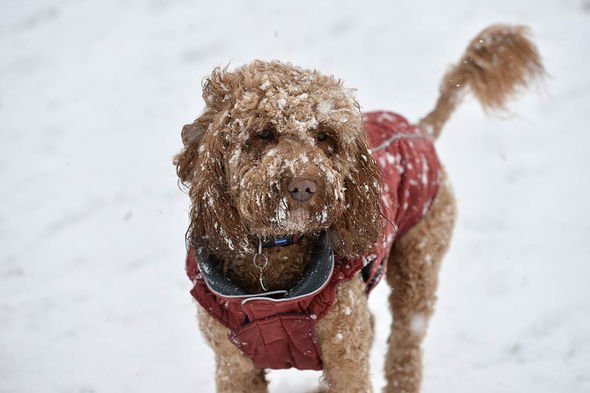 The affected regions will be: 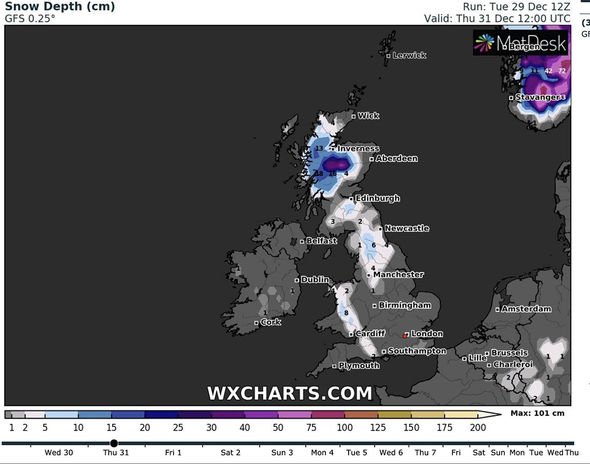 Another snow and ice warning is in force across parts of Scotland, north Wales and north England leading to some travel disruption along with snow for some parts.

The Met Office advised affected regions to expect some icy patches on some untreated roads, pavements and cycle paths.

In addition, there will potentially be some injuries from slips and falls on icy surfaces and some roads and railways likely to be affected with longer journey times by road, bus and train service.

The warning is in effect from 6pm on Wednesday until 2pm on Thursday. 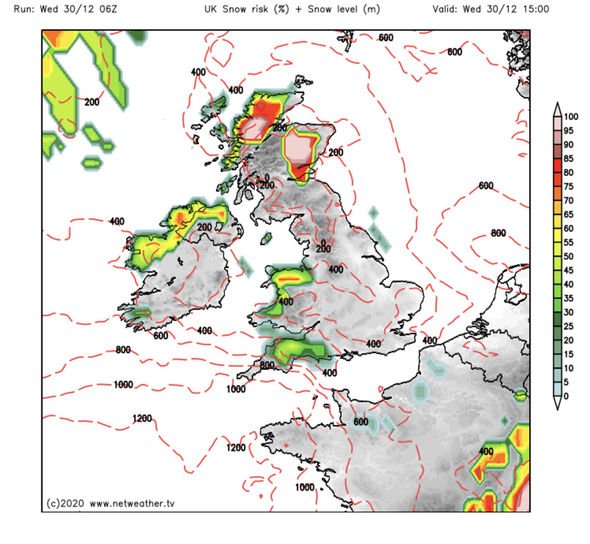 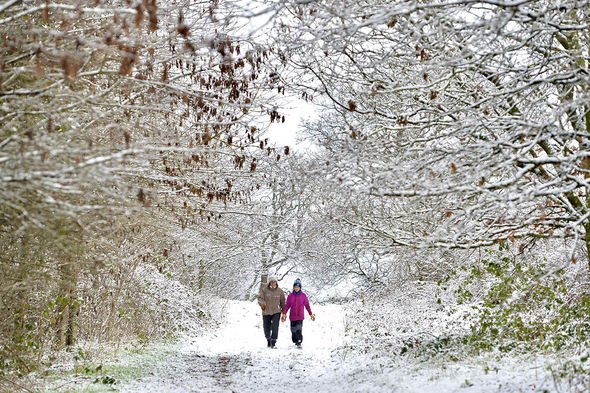 The Met Office updated this warning earlier on Wednesday to remove parts of northeast England and the West Midlands.

But it was also extended to include more areas in North Wales and southwest Scotland.

The warning reads: “Showers of rain, sleet and snow will move south across parts of Scotland, north Wales and north England through Wednesday evening and into Thursday.

“Whilst not all areas will see these where they do fall ice is expected to form.

“The showers are also likely to fall as snow at times, mainly above 200m but to some lower levels, particularly on Thursday morning over southern Scotland.

“Some accumulations of one to three cm (0.4 to 1.2 inches) are likely, again mainly over higher ground, but five cm (two inches) or more is possible over parts of southern Scotland.”

The affected regions are as follows: