Canada faces Ireland and Norway while Kenya and Djibouti compete for a coveted seat at the Council for 2021 and 2022. 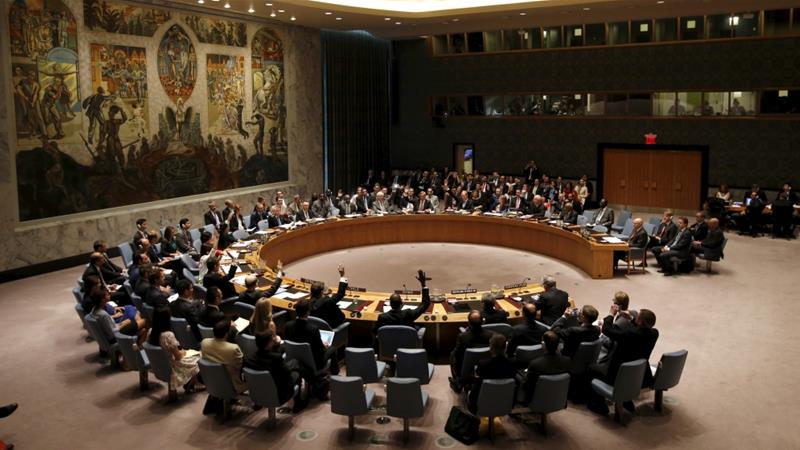 The UN General Assembly (GA) on Wednesday will elect five new non-permanent members of the Security Council for a 2021-2022 term, with battles under way for the Western and African seats.

Kenya and Djibouti are facing off for an African Group seat, while in the Western European and Others Group three nations – Canada, Ireland and Norway – are vying for two seats among them.

In the Asia-Pacific Group, India – which has been trying unsuccessfully to win a permanent seat in an expanded Security Council – is assured of a seat as it is running unopposed, as is Mexico in the Latin America and Caribbean Group.

This year, Africa failed to continue its tradition of deciding a candidate among the member states, setting the stage for a showdown on Wednesday.

Kenya enjoys the support of the African Union, but Djibouti says it should have the seat because Nairobi already sat on the Security Council twice.

French-speaking Djibouti and English-speaking Kenya are both highlighting their roles in seeking peace in the Horn of Africa, as well as their contributions to UN peacekeeping missions.

Kenya has pointed to its welcoming of refugees from Somalia and South Sudan, as well as support it has given the two countries’ fragile governments.

Djibouti, in turn, notes its strategic location and unusual role as a defence base for diverse countries – France, the United States, China and Japan – as well as its contributions in Somalia.

In the Western bloc, the competition is more customary.

Canada is still stung by a defeat in 2010 during its last bid for the Security Council when the GA chose Portugal instead.

Prime Minister Justin Trudeau has invested heavily in the latest Security Council effort, with a defeat potentially causing him political embarrassment at home.

Hoping to woo delegates, both Canada and Ireland have brought out their star power. Celine Dion sang in New York City to promote Canada at the UN, while U2 performed a concert in the Big Apple for Ireland.

“Campaigning for a UNSC seat involves endless lobbying, entertaining and worrying that the ambassador who just promised you a vote is a liar,” tweeted Richard Gowan, an expert on the world body at the International Crisis Group.

Fearing fraud or manipulation, the GA will not vote electronically, even though the UN is mostly operating virtually until the end of July due to the coronavirus pandemic.

Instead, each of the 193 delegations will have a chance to cast a secret ballot in the famous Assembly Hall at a designated time distributed throughout the day.

Each new Security Council member needs to win two-thirds of the votes cast – meaning 128 votes if all 193 nations vote. Delegates may have to vote multiple times to certify a winner.

The Security Council has 10 non-permanent members in addition to the veto-wielding Big Five – Britain, China, France, Russia and the United States.

Only one candidate is running, Turkish diplomat Volkan Bozkir. But Armenia, Cyprus and Greece – all of which have historically tense relations with Turkey – have opposed him, meaning he cannot win by consensus and member states will have to cast votes.