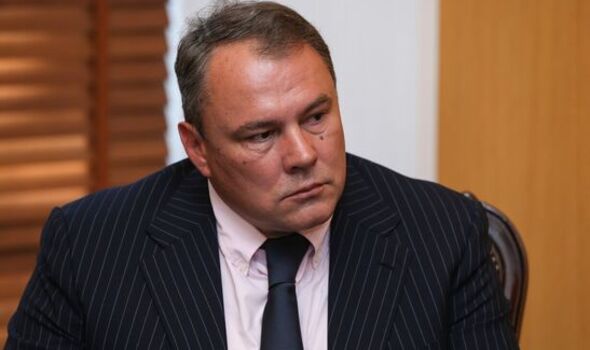 Petr Tolstoy, deputy chairman of the Kremlin-obedient Russian parliament, said: “Nothing will work until we fully liberate, demilitarise and de-Nazify all Ukraine.”

He told a political talk show on state-run Channel One: “The situation is not like we can stop somewhere, breathe out, and say, ‘That’s all, it’s over.’ ” The weapons from the US and its allies mean “the further we will go. And the further we will need to go. Because it is a war of survival.”

Tolstoy, the great-great-grandson of writer Leo Tolstoy, said: “If we will stop in Donbas, how will it differ from those eight years when [our people] were bombed, as Putin said, like homeless dogs…?”

Don’t stop …Putin “We must eradicate this disease until the end. “The more lies, the more [Western] weapons, the further we must go… “Until the moment they lay down their weapons and give up.”

He spoke as Russia staged a show of military strength off its Pacific coast with 40 warships and 20 aircraft in week-long drills.

The exercises, seen as emphasising Russia’s naval might to Japan, include the Marshal Krylov missilerange instrumentation ship and the Marshal Shaposhnikov destroyer.

The defence ministry in Moscow said: “Task groups together with naval aviation will detect the notional enemy’s submarines.”

They would “perform combat and training exercises involving surface and aerial targets and practise organisational issues related to material and technical support of seaborne forces”.

The exercises come despite Moscow moving many of its servicemen from the Russian far east to its theatre of war in Ukraine.