Putin issued eerie ultimatum as Ukraine shows off military might

Ukraine has launched a counteroffensive to try and drive the Russian forces back out of the south and the east of the country. A key battleground in the coming months will be the city of Kherson, which was taken by Russian military in March. A senior adviser to Ukraine’s President Volodymyr Zelensky has now warned that his country will see “no quick wins” as Kyiv prepares for a tough and lengthy battle.

He said: “The fact that we have not taken Kherson yet does not mean that the operation in the south has stalled or failed. It is carried out in a planned manner. We destroy enemy logistics, air defence systems, fuel and ammunition depots.

“There will be no quick wins. Initially, a strategy was taken to systematically grind Putin’s army.

While the Ukrainian leadership is preparing for an even longer spell on the battlefield, one military expert has laid out how the country might deliver a big blow to Russian troops in Kherson. 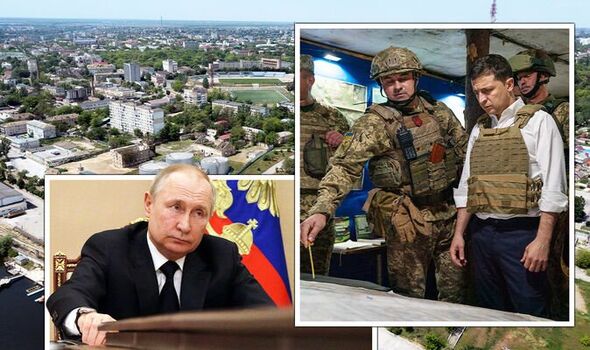 He said: “What we know is that Ukraine has started a counter-attack in Kherson, and it is doing it for sound military reasons. It’s a very important town.

“There’s a very important political message behind this attack, and that is to say ‘we can win this war’. It is also a message to Ukraine’s supporters in the west, which is ‘we can only win this war with your help.’

“The Ukrainian military is advancing in the rural areas…it’s very hard to gauge how successful they are being.

“Another thing they are doing is isolating the city of Kherson by firing at the Bridges that essentially connect it to Crimea. That is having the effect of strangling the Russian military effort but not fatally so yet.

“They will try to strangle the city until the Russian military is much weaker, meaning we won’t know the outcome of this for a long time.”

There are also concerns about developments surrounding the Zaporizhzhia nuclear power plant in southern Ukraine, which is still being run by Ukrainian staff but is being occupied by the Russian military. 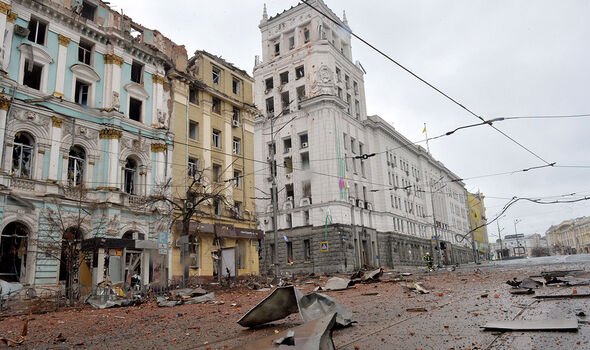 United Nations (UN) inspectors were preparing to visit the plant before Russian shelling forced it to shut down.

Kyiv and Moscow both accuse each other of shelling the plant to try and prevent the visit.

Rafael Grossi of the International Atomic Energy Agency said: “There has been increased military activity, including this morning, until very recently, a few minutes ago … but weighing the pros and cons and having come so far, we are not stopping.” 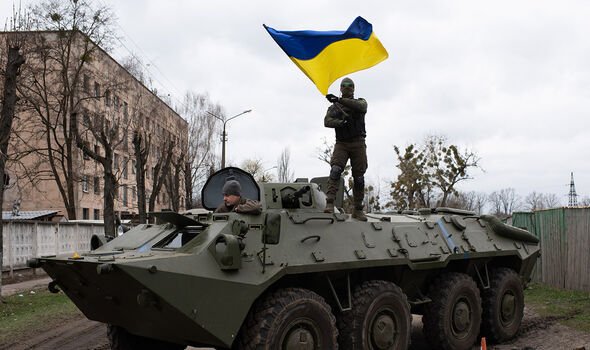 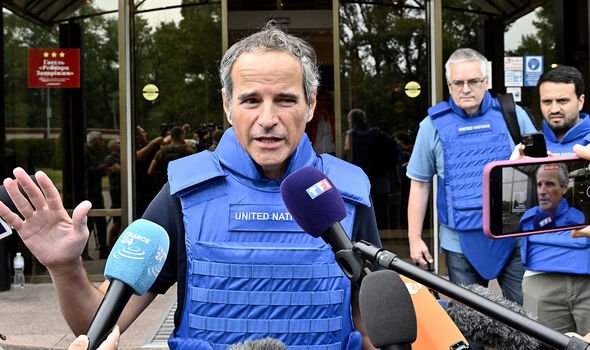 In recent weeks, there have been reports of Russian military torturing the staff working in the plant.

An official from Washington who spoke to the Associated Press said that Moscow is trying to convince previously wounded soldiers to return to combat.

They added that Russia could even recruit criminals “in exchange for pardons and financial compensation.”