The Kremlin’s foreign minister, Sergei Lavrov, is currently on a four-nation tour of Africa. He is stopping off in Egypt, Uganda, the Republic of Congo and Ethiopia, widely considered to be a courtship of African allies as Moscow’s invasion of Ukraine continues.

The Russian regime has appeared aggravated by comments made by US officials which suggested the Ukraine war has left Moscow isolated.

The Russian embassy in the US tweeted earlier this week: “Attempts to present our country as isolated one are result of the “inflamed imagination” of US officials who are increasingly losing touch with reality.”

The MoD, pointing to Lavrov’s tour of the continent, described the Russian plan to “exploit” the trip and the global worries over grain supplies to Moscow’s advantage.

It tweeted on Wednesday: “Russia will highly likely seek to exploit the visits to blame the West for the international food crisis and win the support of African states which have otherwise remained neutral about Russia’s invasion of Ukraine.” 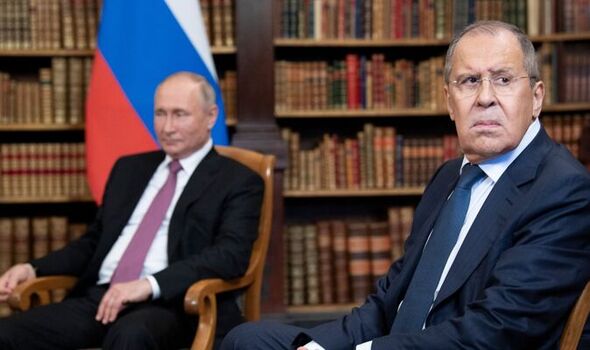 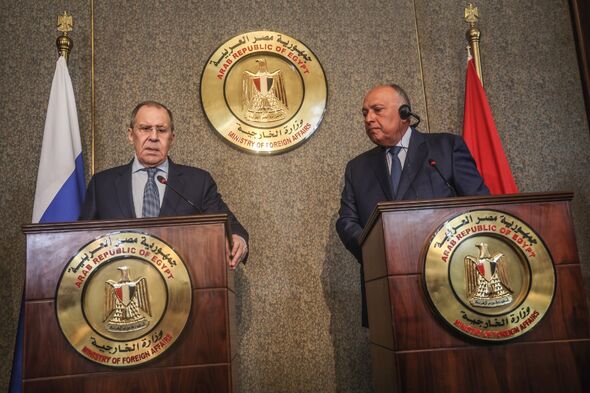 The MoD then indicated that the notorious Wagner Group of paramilitaries has long looked to secure the Kremlin’s influence in certain parts of Africa.

It described the group’s “likely” advances in the Donbas, particularly around Ukraine’s second-biggest power plant, around 30 miles from Donetsk.

It wrote: “Russian private military company Wagner has likely succeeded in making tactical advances in the Donbas around the Vuhlehirska Power Plant and the nearby village of Novoluhanske.

“Some Ukrainian forces have likely withdrawn from the area.”

The MoD then added: “Since 2014, Russia has made significant efforts to secure influence across Africa, with Wagner frequently deploying as one of its favoured tools of influence in the region.”

But the logic behind the concerted effort to cultivate influence in Africa is linked to the ‘Great Power’ identity” the Kremlin looks to maintain.

The MoD posted: “Russia probably primarily engages with Africa because it believes it will enhance the ‘Great Power’ identity Russia aspires to.

“Its secondary goals are probably to secure commodity concessions and to persuade African states to vote in line with Russia’s interests in international forums.” 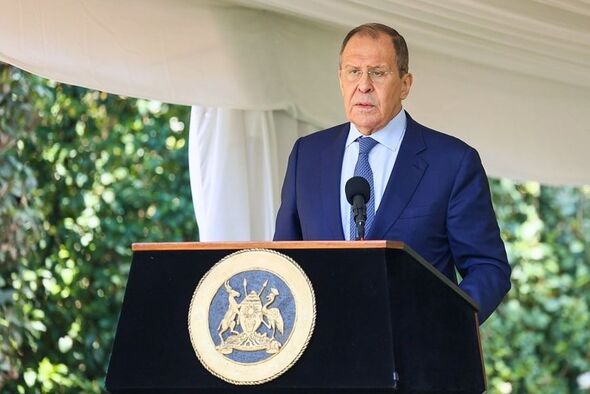 Just before setting off, Lavrov said the Russia had “long-standing good relations with Africa since the days of the Soviet Union”.

He added that Russia helped with decolonisation efforts, and Moscow “provided assistance to the national liberation movement, and then to the restoration of independent states, and the rise of their economies”.

Samuel Ramani of the Royal United Services Institute, described the move as a play to show that Moscow is still a “reliable” partner to African countries.

He told Euronews: “Sergei Lavrov wants to show that Russia’s power projection in the global south has not been affected by the Ukraine war.

“And he’s emphasizing the foreign policy independence of African countries, which means they are not complying with western sanctions.”

He continued: “[Lavrov] also wants to reassure its African partners that western sanctions will not prevent major projects, such as oil pipelines and nuclear energy projects, from getting off the ground.

“And Russia is still a reliable provider of grain and agricultural products to African nations.”

“You arrange an artificial hunger and then come to cheer people up.”