It is another indicator of Russian advances struggling to move forward with strategic efficiency. The update comes as the Kremlin’s military takes part in its 2022 Vostok war games, organised with Beijing and lasting until September 7. Russia is falling into a period of stagnation in the war in Ukraine, struggling to gain new ground, and seeing a resurgent Ukrainian defence force fight back in occupied areas. Furthermore, tension remains high around the Zaporizhzhia nuclear power plant as IAEA inspectors arrive on site amid heavy shelling in the immediate area.

The latest MoD intelligence report about the ongoing conflict said: “Russia’s military performance in Ukraine has highlighted that Russia’s military-strategic exercises, such as Vostok, have failed to sustain the military’s ability to conduct large scale, complex operations.

“Such events are heavily scripted, do not encourage initiative, and primarily aim to impress Russian leaders and international audiences.”

With Putin keen to witness the might of the Russian military, the Vostok exercise, the first since 2018, sees thousands of troops take part in the drills. 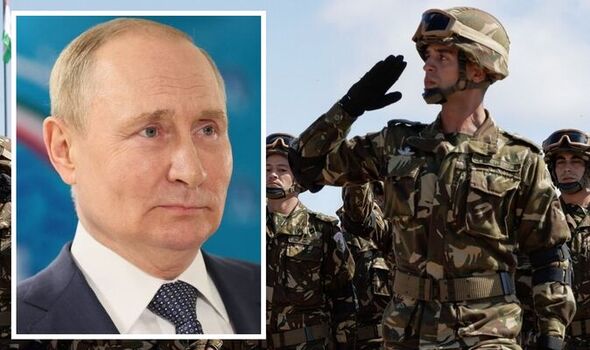 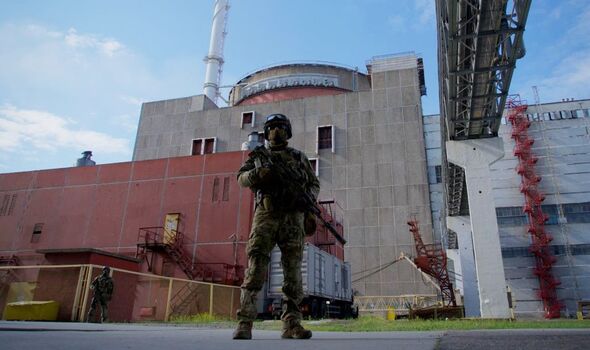 However, the MoD disagrees with the optimistic numbers from Russia of available personnel taking part.

It said on Friday: “Despite the war in Ukraine, on September 1, the Russian military started exercise Vostok 22, its annual Joint Strategic Exercise, marking the culmination of the military training year.

“Russia publicly claimed that 50,000 troops will take part, however, it’s unlikely that more than 15,000 personnel will be actively involved this year.

“This is around 20 percent of the forces which participated in the last Vostok exercise in 2018.” 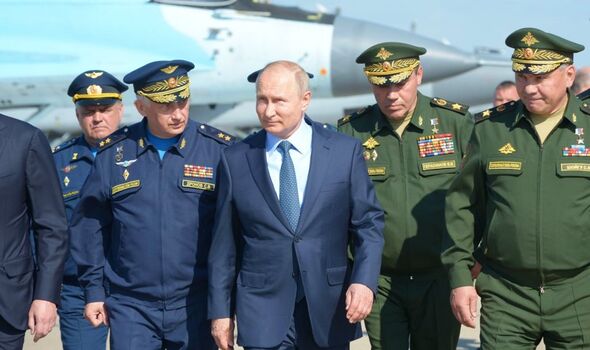 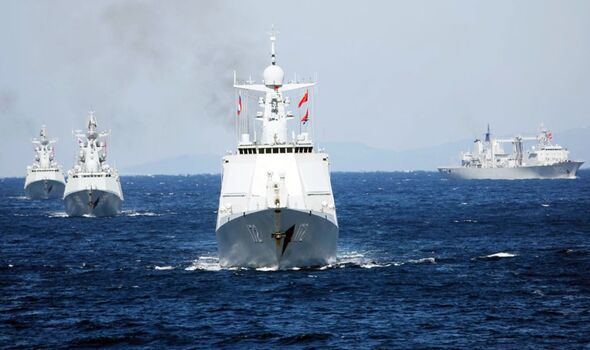 Similar events in Vostok have been held in the past but, in spite of the training and drills, the ability to transfer the skills onto the front lines appears to have failed as Ukrainian forces fend off Russian advances.

The event will also demonstrate Russia’s joint military capability with other nations.

The drills will last for one week and are aimed at demonstrating Russia is capable of conducting such events in spite of being embroiled in a war with Ukraine.

The Russian defence ministry said the exercise will be held until September 7 at seven firing ranges in Russia’s Far East and the Sea of Japan, and that it involves more than 50,000 troops and 5,000 weapons units, including 140 aircraft and 60 warships. 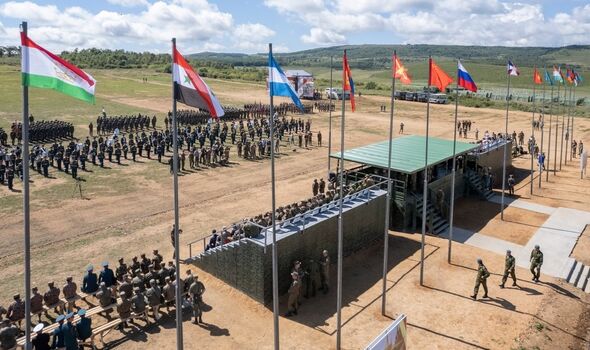 The defence ministry noted that the Russian and Chinese navy will “practice joint action to protect sea communications, areas of marine economic activity, and support for ground troops in littoral areas” in the Sea of Japan.

Earlier this year, Japan raised concerns about joint Sino-Russian naval patrols in the area as allegations were made by Tokyo that the drills had seen vessels come close to their territorial waters.

Vostok will also see attempts by Moscow to strengthen its ties with Beijing and bolster its partnership in the process.

China has refused to criticise Russia’s invasion of Ukraine, saying the United States is the “main instigator” of the conflict by supporting NATO expansion and putting sanctions on Moscow.

In return, Russia has strongly supported China amid tensions with the US caused by its House Speaker Nancy Pelosi’s recent visit to Taiwan. 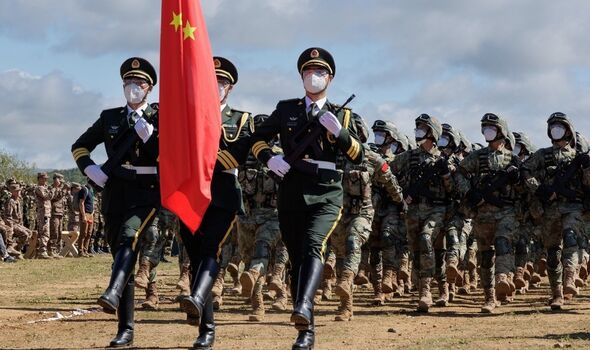 Speaking to Associated Press about the relationship between China and Russia, political analyst Alexander Gabuyev said: “It’s very important for Beijing to show to the US that it has levers to pressure America and its global interests.

“The joint manoeuvres with Moscow, including the naval drills, are intended to signal that if the pressure on Beijing continues it will have no other choice but to strengthen the military partnership with Russia.

“It will have a direct impact on the interests of the US and its allies, including Japan.”

Speaking of the importance of the drills, Mr Gabuyev ended: “The Russian leadership demonstrates that everything goes according to plan and the country and its military have resources to conduct the manoeuvres along with the special military operation.”

Chinese defence spokesman, Colonel Tan Kefei said China’s participation in the drills “aims to deepen pragmatic and friendly cooperation between the militaries of the participating countries, enhance the level of strategic cooperation among all participating parties, and enhance the ability to jointly respond to various security threats.”