Putin: They’re picking on Russia without any reason

The 68-year-old Russian President addressed the nation in Moscow during his annual state-of-the-union address on Wednesday. The president declared that Moscow will always respond to enemy provocations and condemned the West for “picking on Russia for no reason.”

He said: “I hope that no one will think of crossing a red line with Russia. And we will decide ourselves where it will be.

“Russia’s response will be symmetrical, fast and tough.

“The organizers of any provocations threatening our core security interests will regret their actions more than they’ve regretted anything in a long time.”

The warning comes as several Russian cities descend into chaos amid protests against Mr Putin in support of the president’s jailed political rival, Alexi Navalny. 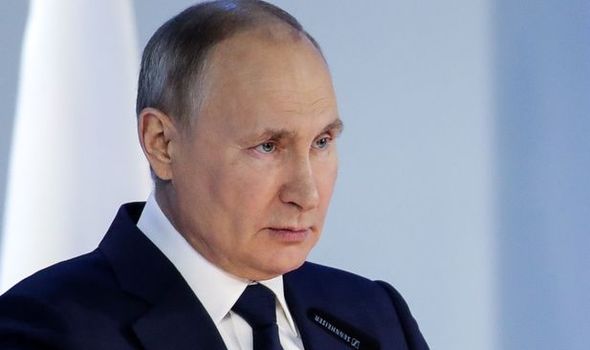 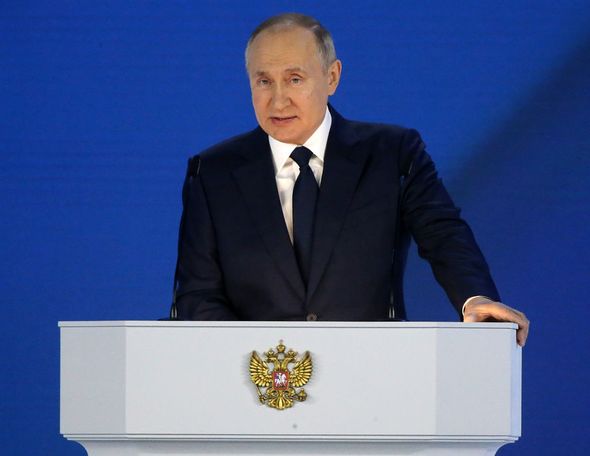 Around 1,500 people have already been arrested across the state as protesters continue to defy coronavirus restrictions.

Mr Navalny is currently on hunger strike according to OVD-Info, a group that monitors detentions and protests, and doctors have warned that he “could die at any moment.”

Mr Putin’s national address on Wednesday covered a wide range of topics including the economy, defence, environment and taxation. 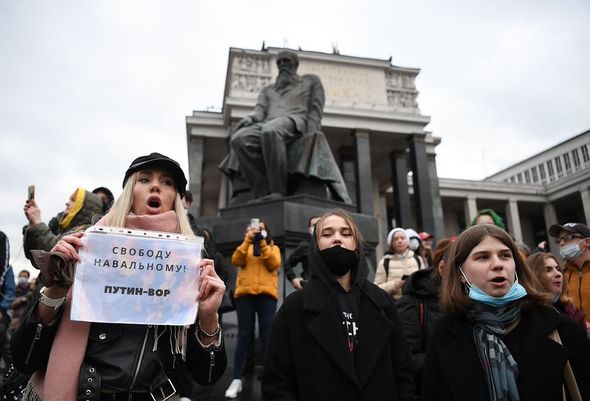 Western leaders including the US have been engaging in political tit-for-tat battles against Russia, which has resulted in a number of diplomats being expelled.

Last week, the US imposed more sanctions on Russia over its involvement in the US 2020 election and a cyberattack against the US government.

Mr Putin continued: “Russia has its own interests, of course, which we are defending and will defend within the framework of international law.

“And if others refuse to understand this obvious thing, do not want to engage in dialogue, choose an egotistical and arrogant tone, Russia will always find a way to defend its positions. 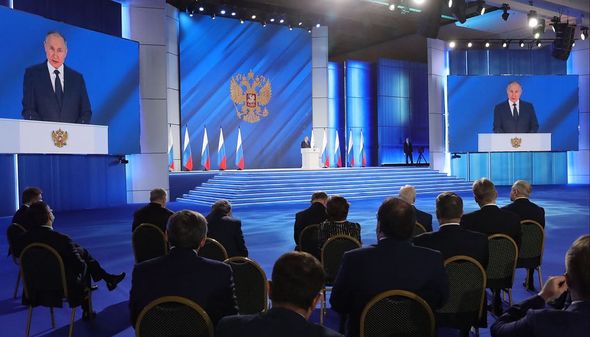 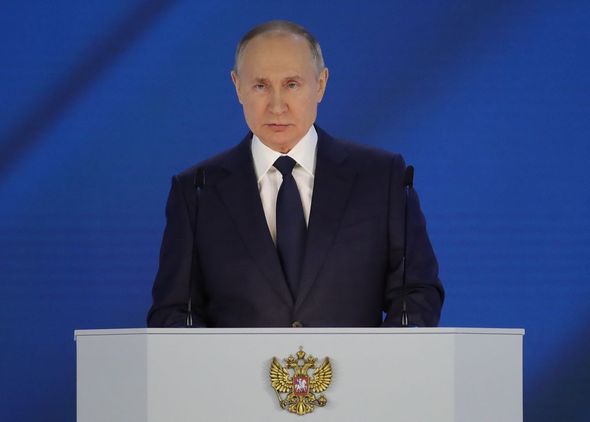 “In some countries, they have started an obscene custom of blaming Russia for anything. It’s some kind of sport – a new kind of sport.”

He continued to say that Russia wants “good relations” with other nations but warned that any attempt to “burn down or even blow up bridges,” will be met by an “asymmetrical, swift and harsh,” Russian response.