The Russian President made the comment a day after Ms Truss replaced Boris Johnson as Prime Minister following the Tory leadership contest. In his first public comments on Ms Truss since she took the keys to Number 10, Putin alluded to the fact she was chosen by Conservative members rather than the whole country.

Speaking at an economic forum in Vladivostok, Putin said: “Elections of the head of state in the UK are far from democratic.”

He added: “The people of Great Britain don’t take part, in this instance, in the change of government. The ruling elites there have their arrangements.”

Asked about prospects for ties with Britain, Putin said: “We know the Tories’ position on these questions, including on relations with Russia.

“It’s their business how to build relations with the Russian Federation. 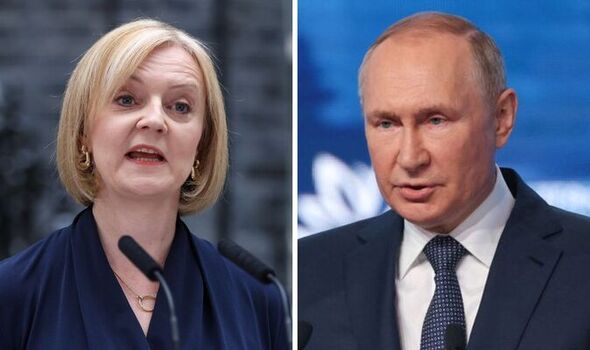 “Our business is to defend our own interests and we will do that consistently, let no one be in any doubt about that.”

The astonishing claim comes despite the Russian leader’s grip on power spanning more than two decades amid allegations of ballot-rigging, while his biggest critics have been barred from running.

Ms Truss became Prime Minister yesterday after being announced as the winner in the Tory leadership race on Monday.

In her first speech as Prime Minister, she insisted the UK can “ride out the storm” caused by Putin’s brutal war in Ukraine. 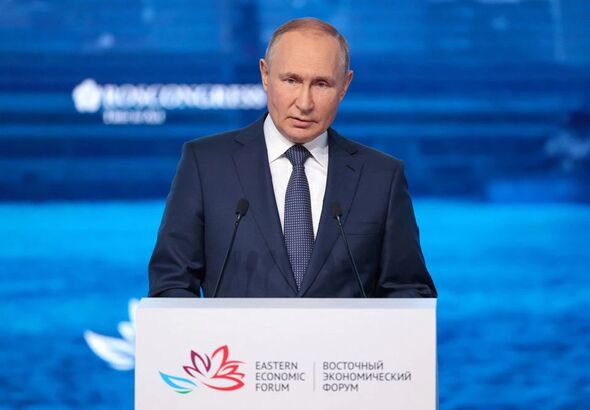 Speaking in Downing Street on Tuesday, she said: “I’m confident that together we can ride out the storm, we can rebuild our economy and we can become the modern brilliant Britain that I know we can be.

“This is our vital mission to ensure opportunity and prosperity for all people and future generations. I’m determined to deliver.”

Ms Truss went on to make her first call to a fellow foreign leader to Ukrainian President Volodymyr Zelensky as she appointed her Cabinet last night. 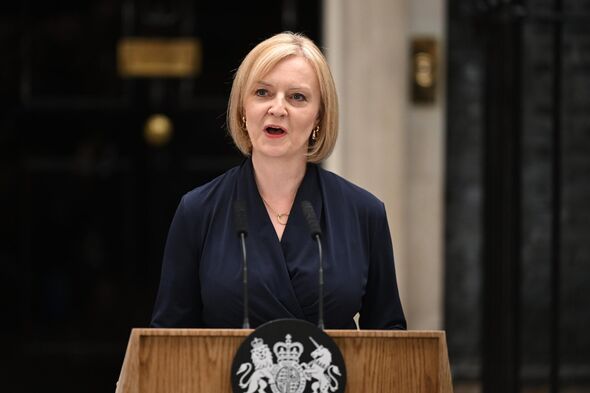 A Downing Street spokeswoman said that Ms Truss had told the Ukrainian leader that his country could count on the UK’s assistance “for the long term”.

The spokeswoman said: “In her first call with a counterpart since becoming Prime Minister, she reiterated to the Ukrainian leader that he had her full backing, and Ukraine could depend on the UK’s assistance for the long term.

“President Zelensky thanked the Prime Minister for the UK’s staunch support and congratulated her on her appointment.

“The leaders discussed the need to strengthen global security and the measures necessary to cut off the funds fuelling Putin’s war machine.

“The leaders deplored Putin’s attempts to weaponise energy, and the Prime Minister said it was vital Russia’s blackmail did not deter the west from ensuring Putin fails. She also underscored the importance of ensuring the UK and our allies continue to build energy independence.”

It comes as Russian politicians and media have responded to Ms Truss – who has made clear her staunch support for Ukraine – becoming Prime Minister with derision.

Speaking at a news conference in Moscow on Tuesday, Russia’s Foreign Minister Sergei Lavrov claimed the new Prime Minister’s uncompromising approach would not help the UK on the world stage.

The Russian Foreign Minister said Ms Truss tried to “defend Britain’s interests without taking into account the positions of others in any way and without any attempt to compromise”.

He added: “I do not think that this will help Britain to maintain or strengthen its position in the international arena, which has clearly been shaken after it left the European Union.”