Mr Gorbachev is idolised in the West for allowing eastern Europe to escape Soviet communist control but remains unpopular at home for the chaos which his “perestroika” reforms triggered. Saturday’s funeral will follow a public ceremony in Moscow’s Hall of Columns featuring a military guard of honour – but unlike the send-offs of Vladimir Lenin, Josef Stalin and Leonid Brezhnev at the same venue, it will not be a state occasion.

Putin made a sign of the cross in Russian Orthodox fashion before briefly touching the edge of the coffin.

Nevertheless, Kremlin spokesman Dmitry Peskov told reporters: “Unfortunately, the president’s work schedule will not allow him to do this on September 3, so he decided to do it today.” 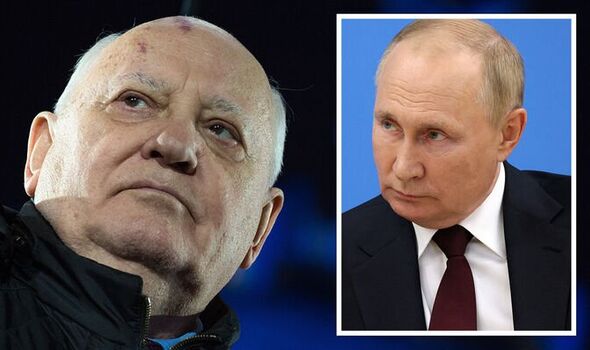 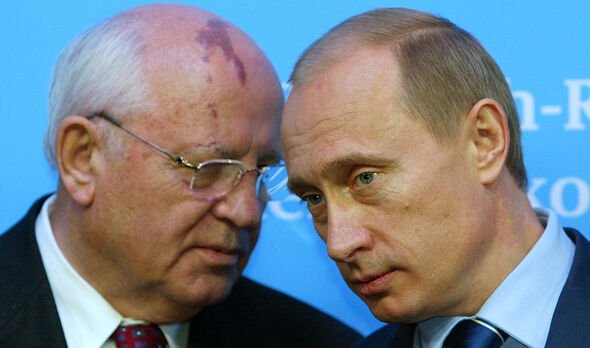 He said Gorbachev’s ceremony would have “elements” of a state funeral, and that the state was helping to organise it.

However, it will be a marked contrast to the funeral of Yeltsin, who was instrumental in sidelining Gorbachev as the Soviet Union fell apart and hand-picked Putin, a career KGB intelligence officer, as the man most suited to succeed him.

When Yeltsin died in 2007, Putin declared a national day of mourning and, alongside world leaders, attended a grand state funeral in Moscow’s Cathedral of Christ the Saviour. 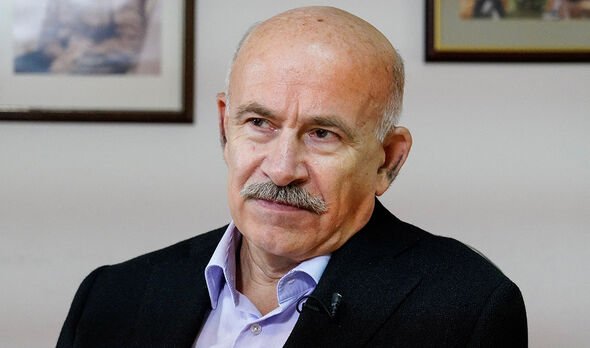 Russia’s intervention in Ukraine appears aimed at reversing at least in part the collapse of the Soviet Union which Gorbachev failed to prevent in 1991.

Gorbachev’s decision to let the countries of the post-war Soviet communist bloc go their own way, and East and West Germany to reunify, helped to trigger nationalist movements within the 15 Soviet republics that he was powerless to quell.

Five years after taking power in 2000, Putin called the breakup of the Soviet Union “the greatest geopolitical catastrophe of the 20th century”.

It took Putin more than 15 hours after Gorbachev’s death to publish a restrained message of condolence that said Gorbachev had had a “huge impact on the course of world history” and “deeply understood that reforms were necessary” to tackle the problems of the Soviet Union in the 1980s.

Gorbachev’s foundation said the funeral would begin at 12 noon (9am GMT), not 10 am (7am GMT) as previously announced.

Mikhail Gorbachev, the last Soviet leader, was shocked and bewildered by the Ukraine conflict in the months before he died and psychologically crushed in recent years by Moscow’s worsening ties with Kyiv, his interpreter said on Thursday.

Pavel Palazhchenko, who worked with the late Soviet president for 37 years and was at his side at numerous U.S.-Soviet summits, spoke to Gorbachev a few weeks ago by phone and said he and others had been struck by how traumatised he was by events in Ukraine.

Using the approved description of Putin’s war on Ukraine, he said: “It’s not just the special military operation that started on February 24, but the entire evolution of relations between Russia and Ukraine over the past years that was really, really a big blow to him. It really crushed him emotionally and psychologically.

“It was very obvious to us in our conversations with him that he was shocked and bewildered by what was happening after Russian troops entered Ukraine in February for all kinds of reasons.

He believed not just in the closeness of the Russian and Ukrainian people, he believed that those two nations were intermingled.”

In photographs of 1980s summits with US President Ronald Reagan, the bald, moustachioed figure of Mr Palazhchenko can be seen time and again at Mr Gorbachev’s side, leaning in to capture and relay every word.

Now 73, he is well placed to know the late politician’s state of mind in the period before he died, having seen him in recent months and been in touch with Mr Gorbachev’s daughter Irina.

Mr Gorbachev, who was 91 when he died on Tuesday from an unspecified illness, had family connections to Ukraine, said Mr Palazhchenko.

He was speaking at the Moscow headquarters of the Gorbachev Foundation where he works, and where Mr Gorbachev kept an office dominated by a giant portrait of his late wife Raisa, whose father was from Ukraine.