Activists decry move to sell two frigates to Egypt even as 2016 murder of Italian student near Cairo remains unresolved. 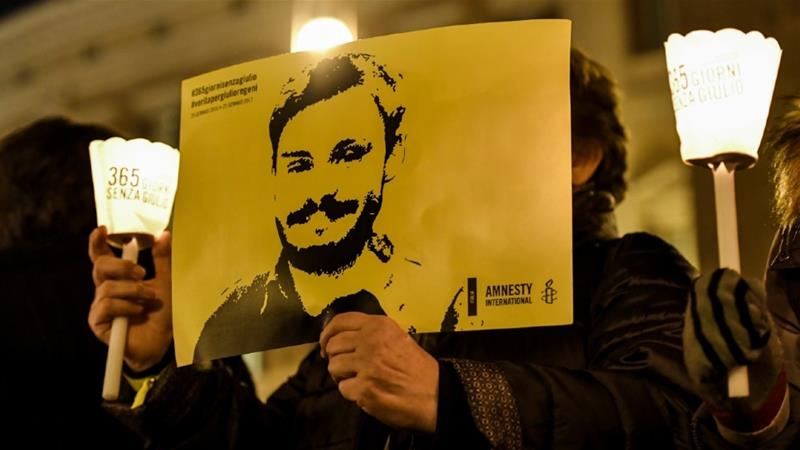 The Italian government is facing increasing calls to scrap a major arms deal with Egypt after reports emerged it had agreed to sell two naval frigates to the North African country.

Citing sources familiar to the matter, news outlets in Italy reported last week that the government had approved the sale of the FREMM vessels – built by Fincancantieri and originally intended for the Italian navy – for an estimated cost of 1.2 billion euros ($1.3bn).

This is believed to be the first in a series of arms sales to Egypt totalling up to 11 billion euros ($12bn), according to several media reports in Italy. The so-called “order of the century” includes four more frigates, 24 Eurofighter Typhoon jets, 24 trainer aircraft and a satellite, an Italian source close to the negotiations told La Repubblica newspaper.

“We should rather call it the shame of the century,” Riccardo Noury, a spokesman for Amnesty International Italy, told Al Jazeera on Tuesday, echoing the backlash that followed the reports.

Critics have accused the coalition government of not following the proper procedures for the approval of such a deal, while human rights groups and activists decried selling arms to a country with a poor human rights record, especially as the 2016 murder of an Italian student near Cairo remained unresolved.

Giulio Regeni was 28 when he disappeared from the streets of the Egyptian capital in January 2016. His brutalised body was found by the side of the road on the outskirts of Cairo on February 3, bearing signs of extensive torture. The case has gripped Italy. But more than four years later, no one has been arrested or charged over the student’s murder.

Critics have long opposed the renormalisation of ties with Egypt, saying this would remove the pressure to hold accountable those responsible for the killing.

On Wednesday, Nicola Zingaretti, leader of the Democratic Party, which rules in coalition with the Five Star Movement, said the government has “never linked the selling of the Italian frigates to the Egyptian navy to the idea of an obscene exchange of arms for human rights”, stressing he was expecting decisive steps by Egypt in the murder case before any strengthening of bilateral ties.

Seeking clarity over the deal, Nicola Fratoianni, deputy of the left-wing Leu party, questioned Foreign Minister Luigi Di Maio during a June 10 parliamentary session, urging the government to halt the sale considering Egypt’s human rights abuses. Rights groups have long accused the government of President Abdel Fattah el-Sisi of carrying out a widespread crackdown on dissent, including the torture of political prisoners – allegations Cairo has denied.

In response to the growing criticism, Di Maio said the final authorisation over the frigates’ sale was still pending, adding it still needed technical approval by the government body in charge of authorising armament exports.

Still, several rights groups, including Amnesty International, launched the #StopArmiEgitto (StopArmsEgypt) campaign to bring the reported agreement under parliamentary scrutiny. The groups alleged the deal violates national legislation regulating the sale of arms and threatened legal action if it went ahead without a debate in parliament.

“The sale is in open contrast with our legislation,” argued Giorgio Beretta, an arms sales expert who joined the campaign, citing Egypt’s involvement in the conflict in neighbouring Libya and its human rights record. He told Al Jazeera the current law stipulates that arms exports should be in agreement with Italian foreign policy and also bans the sale of arms to countries engaged in armed conflicts and to those that are responsible for human rights violations.

“Due to all these issues and due to the deal’s exceptional characteristics – including the fact that the frigates were initially produced for the Italian navy – it should pass through a discussion in parliament, as the law states,” Amnesty said in a June 12 statement. 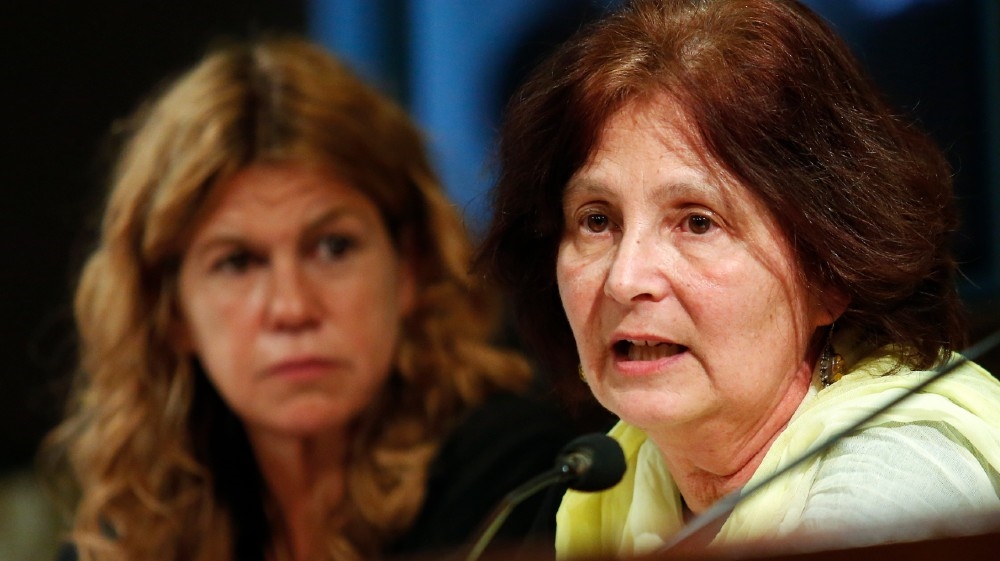 In recent days, Regeni’s family have added their voice to the mounting criticism, saying they feel “betrayed” by their government.

Claudio Regeni, the student’s father, said on Friday that “after four years and half of lies and misdirection”, the family does not have any expectations from the Egyptian side.

“It’s the friendly fire that hurts and embitters us, and as a citizen, you don’t expect to have to fight against your own state to obtain truth and justice,” he told Italian media.

In April 2016, Italy recalled its ambassador to Egypt to protest against what it said was a lack of progress in the investigation into Regeni’s murder. The ambassador returned to Cairo the following year in an attempt to “reinforce judicial cooperation and as a consequence the search for the truth”, the then-Italian government had said at the time.

Amid frustration over the lack of progress, Italy in 2018 placed five members of Egypt’s security forces under official investigation for their alleged involvement in Regeni’s disappearance. Egyptian officials have denied any involvement in the killing. Public prosecutors from both countries are due to hold a video conference on July 1, in which the Italian side will be expecting Egypt to finally indicate the legal residences of the five officers, a requirement for the inquiry to move forward from the current standstill.

“The Regeni family demands justice, and so do we,” Erasmo Palazzotto, director of the parliamentary committee leading the investigation on the student’s death, wrote on Twitter after requesting an urgent meeting with Prime Minister Giuseppe Conte. “We can’t seal an economic accord with a country, Egypt, which has no respect and dignity over people.”

For his part, Conte assured last week that the Regeni case remained at the centre of the government’s dialogue with Egyptian authorities, stressing that opening channels, rather than closing them, was the way forward for broader cooperation with Cairo.

“The idea that selling arms can improve the respect of human rights and help resolving suspended cases – in a country that perpetrates great repression within its own borders – is an ingenious one, let alone hypocritical and cynical,” said Noury.

The reports about the deal come at a time when the Italian government seeks to soften the blow of the coronavirus lockdown on its struggling economy. The country has been one of those hit the hardest by the pandemic, registering to date 237,500 confirmed coronavirus cases and more than 34,000 related deaths.

Italy is a significant trade partner for Egypt. While its arms industry has grown to become one of Egypt’s main suppliers – from 2016 to 2019, its sales have jumped from 7.4 million ($8.3m) to more than 871 million euros ($980m), according to annual parliamentary reports (PDF).

Key to the relationship has also been the 2015 discovery of Egypt’s Zohr gas field, the biggest in the Mediterranean, by Italian oil and gas company Eni.

According to Gabriele Iacovino, director of Center for International Studies, Italy’s current strategy “is to keep an open dialogue with all the key players” in the Mediterranean.

“And in this current situation [facing deep recession as the pandemic bites], the government made a decision based on the national interest, which now it’s the economic one,” he told Al Jazeera.