VATICAN CITY (Reuters) – Pope Francis ventured into a deserted Rome on Sunday to pray at two shrines for the end of the coronavirus pandemic, as the Vatican said his Easter services will be held without the public for the first time. 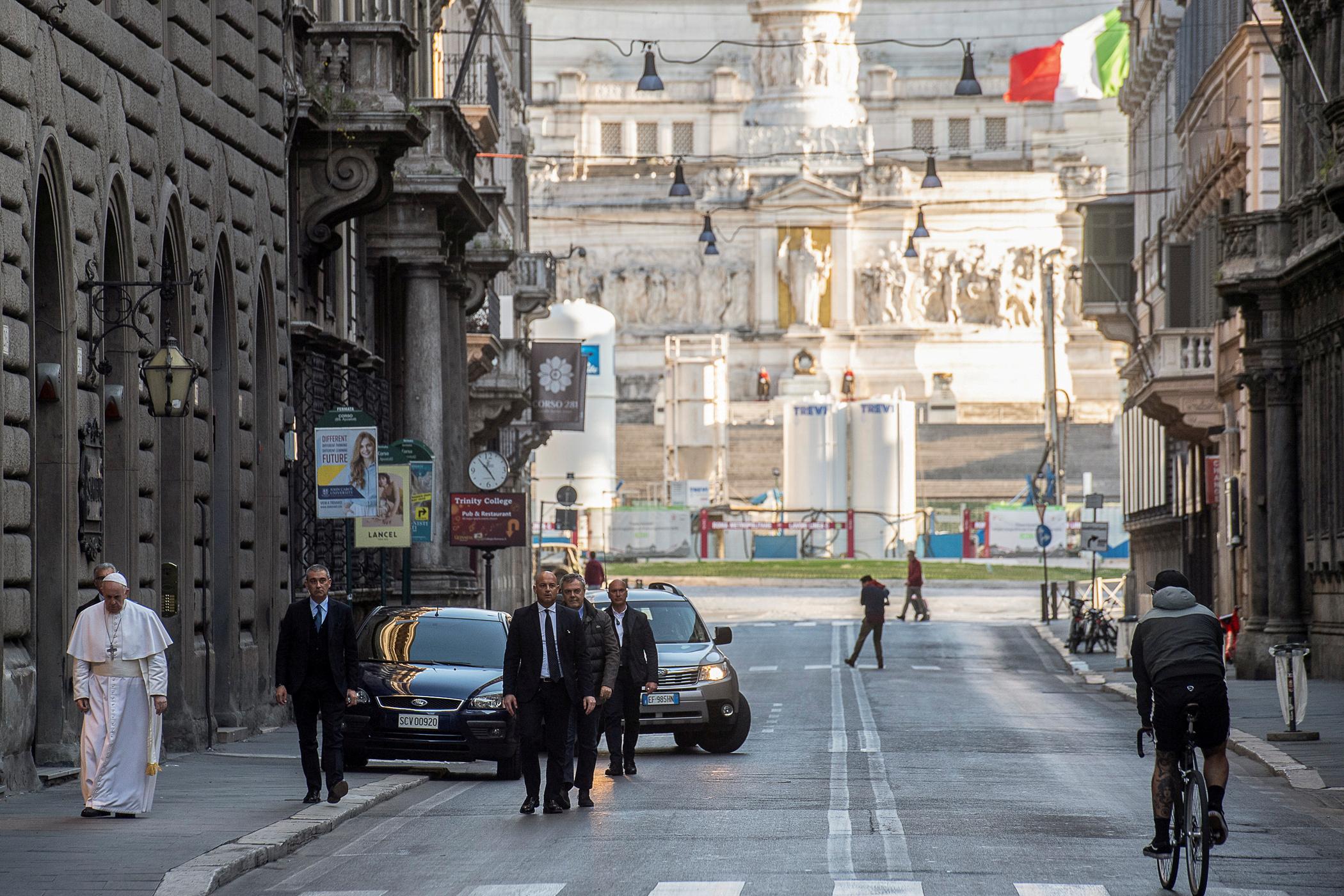 Francis left the Vatican unannounced to pray at the Basilica of Santa Maria Maggiore and then walked along one of Rome’s main streets to visit St. Marcello church to pray before a crucifix that was used in a procession when the plague hit Rome in 1522.

A Vatican statement said he prayed for an end to the pandemic and also for the sick, their families and health providers and workers keeping pharmacies and food stories open amid a national lockdown.

A Vatican picture showed the pope and a small security detail walking on an empty Via del Corso, which is usually packed with shoppers and people taking strolls on Sunday.

The Vatican said earlier that his Holy Weeks and Easter services next month will be held without public participation, a step believed to be unprecedented in modern times.

It was not clear how the massive events will be scaled down but sources said officials were studying ways to hold them in indoor locations, including St. Peter’s Basilica and the Sistine Chapel, with small representative groups attending.

The Holy Week services, which begin on Palm Sunday, lead up to Easter, the most important day of the Roman Catholic liturgical calendar for the world’s 1.3 billion members.

Palm Sunday, which commemorates Jesus’ entry to Jerusalem, usually takes place in St. Peter’s Square, which traditionally is decorated with olive trees while those in the crowd hold up palm branches.

Another Holy Week event, the Way of the Cross procession on Good Friday, takes place around Rome’s ancient Colosseum.

NO FLOWERS THIS YEAR

The main event is the Easter Sunday Mass and the pope’s twice yearly “Urbi et Orbi” blessing and message from the central balcony of St. Peter’s Square.

The Netherlands usually fly in tens of thousands of flowers to decorate the papal altar and the entire square, but the Dutch ambassador to the Vatican, Caroline Weijers, said last week that there would be no flowers this year.

Italy has been hit harder that any other European nation. The country’s death toll rose to 1,809 on Sunday and the total number of cases rose to 24,747.

The pope, the Vatican – a tiny city-state surrounded by Rome – and the church in predominantly Catholic Italy have all been forced to modify centuries of tradition because of the outbreak.

In Italy, as elsewhere, Masses have been canceled to avoid people gathering. Bishops have urged the faithful to participate via television and the internet.

In staunchly Catholic Poland, which has reported just over a 100 coronavirus cases and three deaths, church authorities recommended the faithful watch mass on TV or online after the government banned public gatherings larger than 50 people. 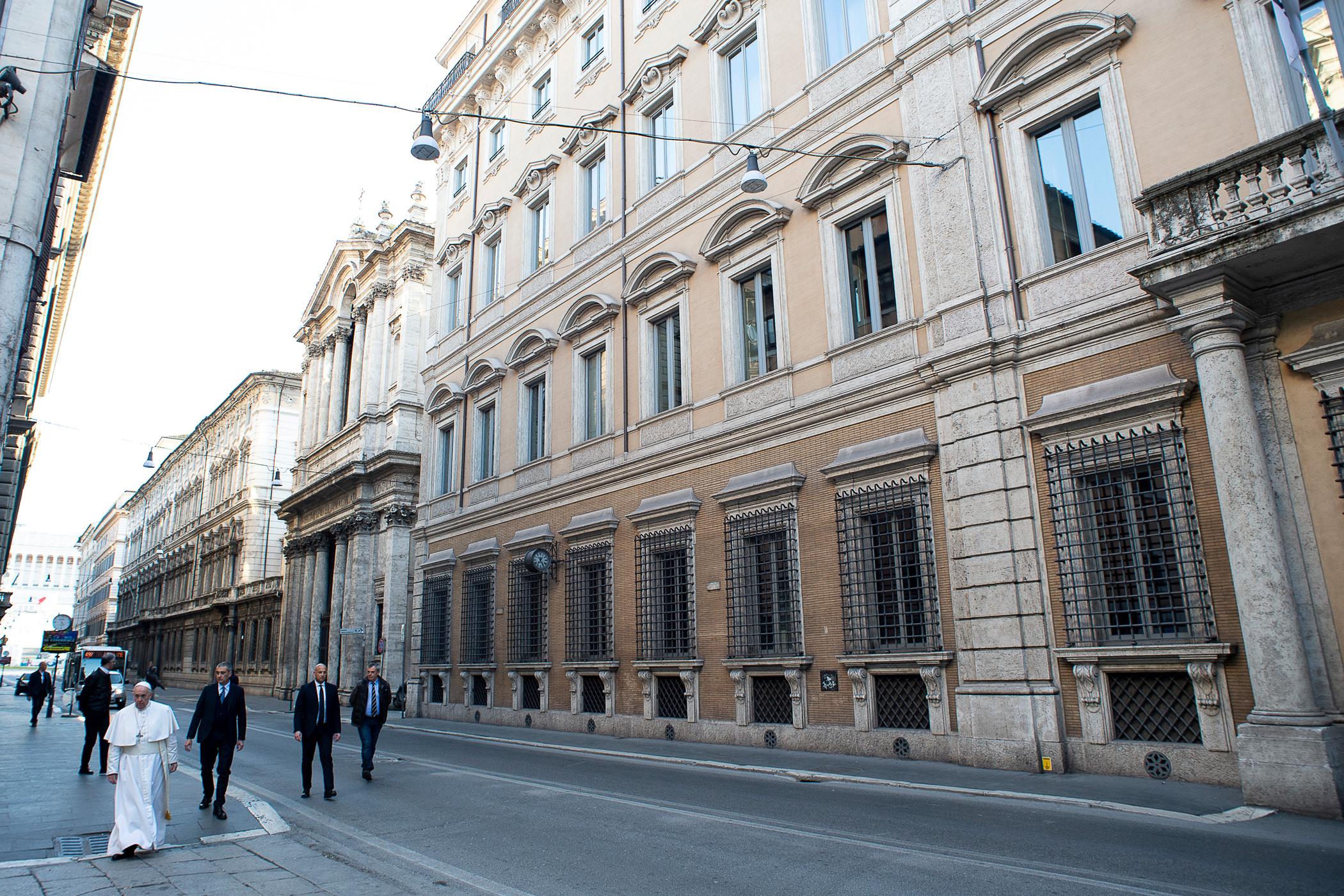 Many priests preached to nearly empty pews on Sunday.

“It is such a depressing feeling for a priest,” said Wieslaw Niemyjski, who conducts services in a cathedral in Drohiczyn, a town of roughly 2,000 people in eastern Poland.

The noon children’s Mass usually attracts about 200 people, he said. “Today there were maybe 17 people, plus five acolytes, three priests. I’ve never seen anything like this before.”