WARSAW (Reuters) – Poles stood in long lines to vote on Sunday in a closely-fought presidential election that could reshape Poland’s tense relationship with the European Union and the ruling nationalists’ socially conservative agenda. 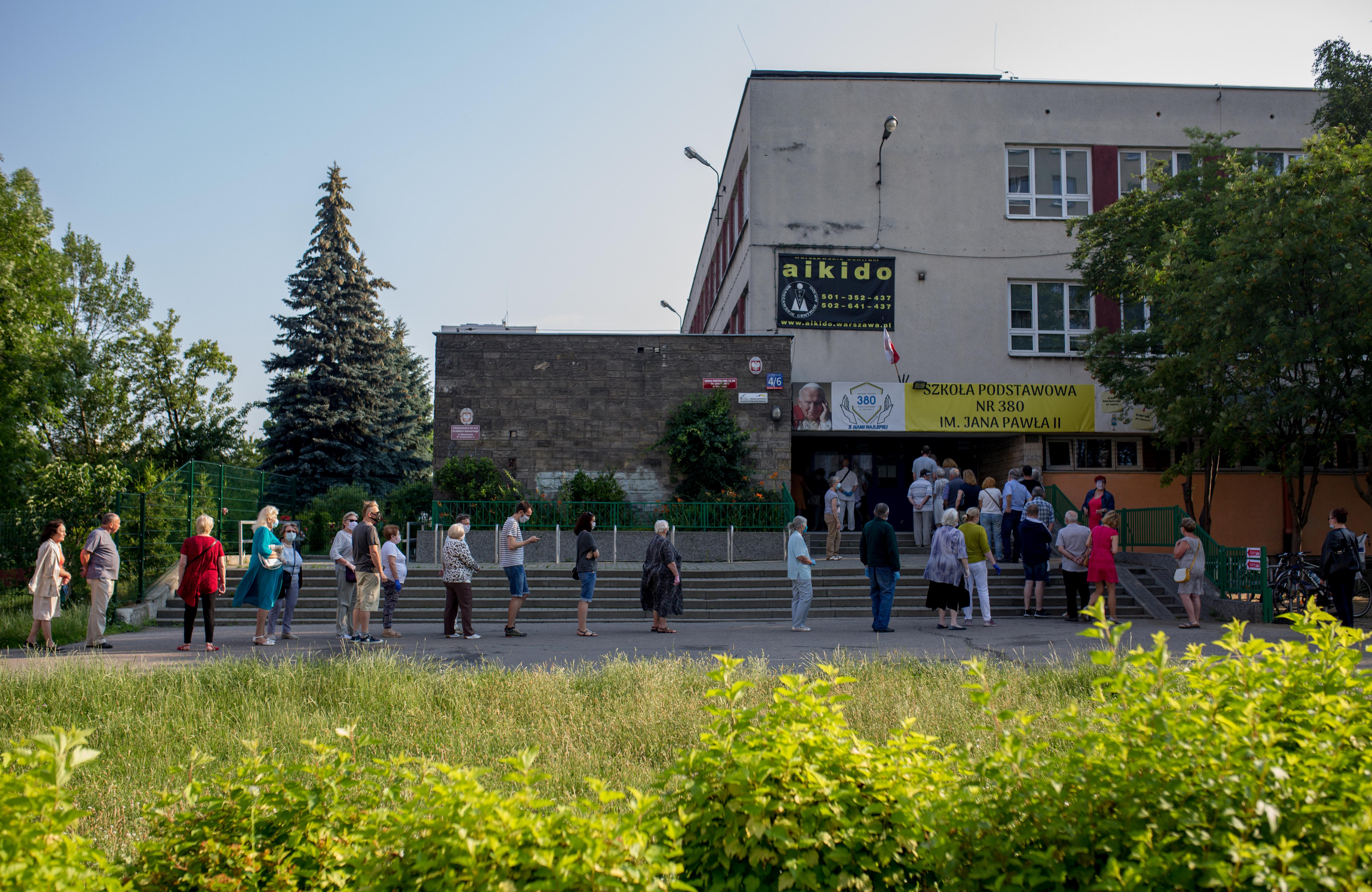 The ballot takes place seven weeks later than originally scheduled because of the COVID-19 pandemic, although Poland has had relatively few cases and deaths.

Poland’s electoral commission apologised on Sunday for the restrictions at polling stations to stem the spread of the novel coronavirus, which include wearing masks, maintaining social distance and asking voters to bring their own pens.

“The pandemic is independent of electoral commissions, but the introduction of sanitary rigours means the speed at which one can vote is reduced,” Sylwester Marciniak, the head of Poland’s National Electoral Commission, said.

Many Poles abroad seeking a postal ballot said they had not received their voting slips in time to vote.

“It is a shame that as a result of the pandemic…not everyone got their (election) package on time,” Poland’s Ambassador to Britain Arkady Rzegocki tweeted.

Incumbent Andrzej Duda, 48, has vowed to maintain the ruling Law and Justice (PiS) party’s economic programmes, which include generous social spending and a pledge to protect family values in the predominantly Catholic country.

“We don’t see the same standard of living as in western Europe and this is what I would like to achieve,” Duda said in the southwestern town of Rybnik on Friday during one of his last campaign stops before the election.

His main challenger, centrist Warsaw mayor Rafal Trzaskowski, also 48, seeks to provide a progressive alternative and to fight Poland’s isolation in the EU after five years of conflict between the government and Brussels.

As mayor, Trzaskowski has proposed sex education programmes in line with World Health Organization recommendations for schools, a move the PiS criticised as an effort to sexualise children.

Since the PiS came to power in 2015, the European Commission, the EU executive, has launched an unprecedented legal action against Warsaw following criticism Poland is subverting democratic norms by politicising its courts.

If Duda fails to secure a second five-year mandate, his successor could hamper the government’s ability to deepen its justice reforms by vetoing laws or refusing to nominate judges picked by PiS allies.

This would likely fuel tensions within the PiS’ fragile parliamentary coalition and could force Prime Minister Mateusz Morawiecki’s government to rule as a minority cabinet. An early national election can’t be ruled out.

Polling stations close at 9.00 p.m. (1900 GMT), when exit polls will be published. If no candidate wins more than 50% of the votes, the two with the biggest share will compete in a second round on July 12.