The head of the group that runs women’s tennis worldwide has said he “remains deeply concerned” about Chinese player Peng Shuai, after she accused a powerful politician of sexual assault.

A spokesperson for the Women’s Tennis Association (WTA) told the AFP news agency its chairman Steve Simon believes Peng’s responses to his emails to her were “clearly” influenced by others.

Peng reappeared last weekend after she had not been seen or heard from publicly since she said on social media on 2 November that former vice premier Zhang Gaoli had coerced her into having sex.

But, although Peng has been in contact with senior figures in world sport, Mr Simon was unconvinced she was free from “coercion”.

The WTA spokesperson told AFP the group’s chairman had “reached out to Peng Shuai via various communication channels. He has sent her two emails, to which it was clear her responses were influenced by others”.

But the spokesperson added: “He remains deeply concerned that Peng is not free from censorship or coercion and decided not to re-engage via email until he was satisfied her responses were her own, and not those of her censors.

“The WTA remains concerned about her ability to communicate freely, openly, and directly.”

The Associated Press has reported that Peng is just one of several people in China – activists and accusers alike – who have been removed from public view, charged with crimes or attacked online for speaking out about the treatment women in the country face.

The 35-year-old Wimbledon and French Open doubles champion was not seen for more than two weeks following her allegations that the former vice-premier, now in his 70s, forced her into sex during a years-long on-off relationship. 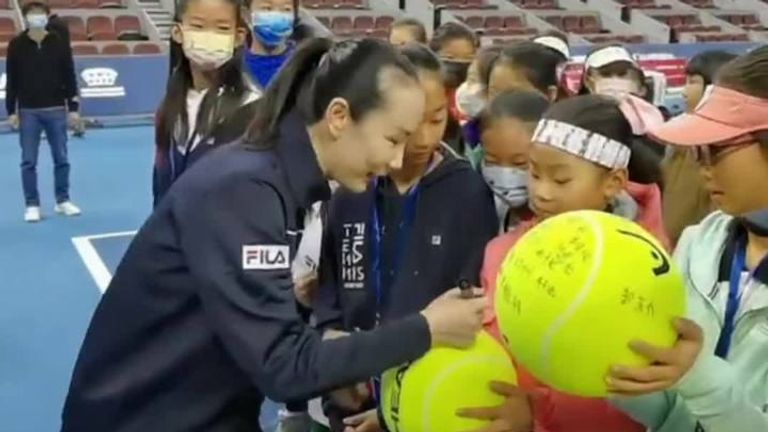 The stance of the WTA stands in contrast to some other sporting authorities, with human rights groups criticising the International Olympic Committee (IOC) of being complicit in China’s rights abuses ahead of the 2022 Beijing winter games.

IOC president Thomas Bach had a video call with Peng on Sunday but supporters say that at the time she may have been under political duress.

Human Rights Watch (HRW) China director Sophie Richardson said the IOC had shown a “remarkable lack of judgment” in its handling of the Peng case and “active complicity” in Beijing’s abuses. 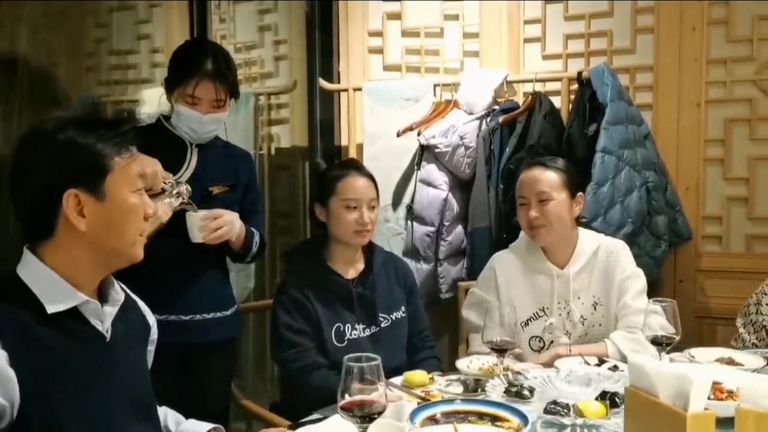 She accused it of striving to keep the Games on track, rather than be concerned about the welfare of athletes and criticised Mr Bach for failing to make clear publicly whether he had asked Peng if she had access to a lawyer or wanted to file charges.

Last week, the IOC said it would “continue our open dialogue on all levels with the Olympic movement in China”.

The UK, EU, United Nations and US have all called for proof of Peng’s whereabouts and well-being.

China has called on people to stop “hyping” Peng’s case.

Former US ambassador-at-large for global women’s issues Kelley Eckels Currie praised the WTA’s stance on Peng, saying it made it a human rights champion, even though it stood to lose money.